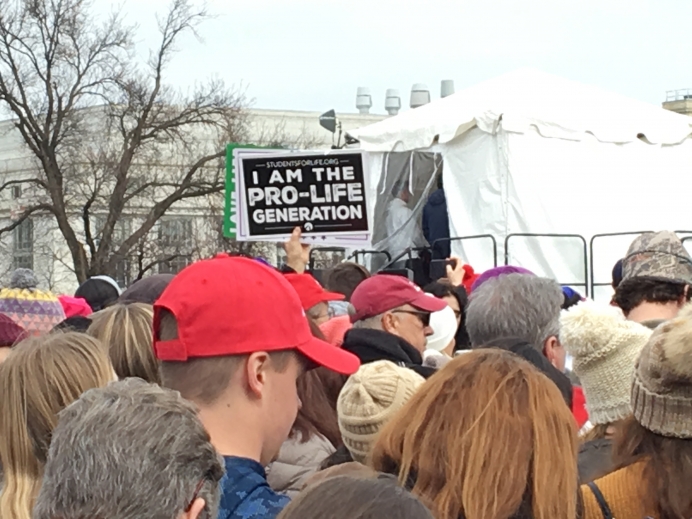 In response to recent requests to have their pro-life values recognized and included, pro-life Democrats have met repeated opposition from their own party.

Now Democrats for Life of America (DFLA), the self-identified “pro-life voice and wing of the Democratic party,” is preparing to move in a new direction by inaugurating a teen affiliate.

Undeterred by rebuffs from their own party, DFLA is creating a space where pro-life teens can unite around two commonalities: their association with the Democratic Party and their value for all life, including the pre-born.

An initiative of DFLA, Young Pro-Life Democrats (YPLD) has a launch party scheduled for Saturday Oct 26, 2020. This free live-streamed event will be an opportunity to inspire young, pro-life Democrats from all over the nation.

These “whole-life teens” are organizing in hopes of inserting a consistent value of life - from conception to natural death – into the ideals of the party at large.

Their goal? Bold and straightforward, YPLD hopes to “show the world that not only do young pro-life Dems exist” but also that they intend to “be the generation that ends abortion.”

Throughout this election cycle, their pro-life adult counterparts have faced consistent resistance.

In a series of requests, adult pro-life Democrats have made it clear they want their party to reconsider its strong stance on abortion rights.

“Never before in history have so many Democratic politicians challenged their own party on abortion,” said DFLA Executive Director, Kristen Day.

Tweet This: “Never before in history have so many Democratic politicians challenged their own party on abortion” - DFLA Executive Director Kristen Day

Just as the pro-life stance is unambiguously affirmed in the 2020 Republican platform, the current Democratic platform squares off in the opposite corner, declaring Democrats’ intention to protect and expand abortion rights for all women.

This polarizing objective makes non-conforming, pro-life Democrats misfits within their own party.

Earlier this year, pro-life Democrats questioned if they, along with their pro-life values, could be included in their party.

In a January town hall meeting with then Democratic presidential hopeful Pete Buttigieg, Kristen Day asked if there was room for someone like her – a pro-life democrat - in the Democratic Party.

While hoping for her vote, Buttigieg’s response was resolute in his commitment to “abortion rights” and offered no pro-life concessions.

More recent appeals from pro-life Dems have taken on a demanding tone.

In August, more than 100 pro-life Democratic leaders sent a letter to the platform committee of the DNC urging them to reconsider their “extreme position on abortion rights,” stating, “polling consistently shows that one in three Democrats are pro-life. We must respect and include these 21 million Democrats.”

The signers added, “We are concerned that many Democratic leaders support policies on abortion that are radically out of line with public opinion.”

Tweet This: “We are concerned that many Democratic leaders support policies on abortion that are radically out of line with public opinion”-Prolife Dems

Also in August, pro-life Democrats held in-person and online protests during the DNC, even holding an unsanctioned caucus of their own – running concurrently with the DNC.

Then, in September came a full-page ad in the New York Times, openly publishing the same letter previously sent to the DNC platform committee.

Again, pro-life Democrats pledged their support to pro-life ideals and called for a place at the table of the Democratic Party.

The public letter’s post-script added a final disclosure: “This letter was originally addressed to the Platform Committee on August 14, 2020. We received no response.”

This lack of response may be widening an already obvious chasm between pro-life Democrats and the party they call their own.

Reactions from both sides indicate pro-life Democrats and the larger Democratic party are at an impasse, with neither group willing to give on an issue that has little room for compromise.

While a resolution is uncertain, what is certain is that pro-life Dems are moving forward – by looking in a new, younger direction.

The evidence? A kick-off event scheduled for October 26. The plan? To give pro-life young Democrats a place to start their own fight for inclusion in the party they follow.

The next generation of pro-life Democrats are gearing up and full of ambition as they assert it will be their generation that ends abortion. Their generation. Young Democrats for Life. They are ready to launch.