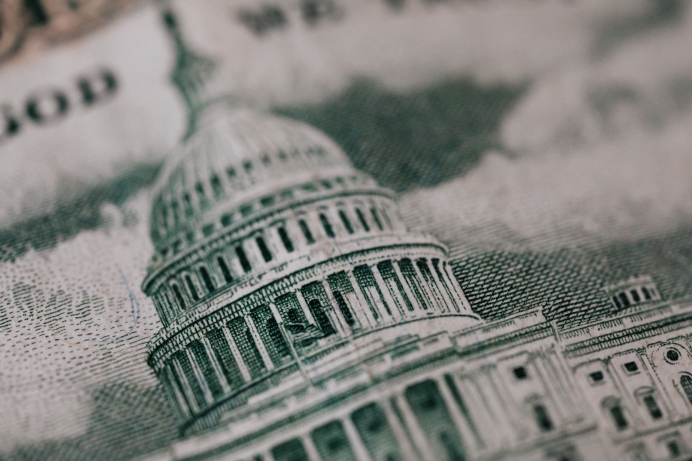 (Live Action) The House of Representatives passed several spending bills this week to fund the Capitol Police, the State Department, Health and Human Services, and Labor and Veterans Affairs departments among others — but they did so without including abortion restrictions for the first time in decades.

According to Time, the Hyde Amendment, which has long prohibited federally funded Medicaid programs from paying for abortions in the U.S. except in the cases of rape, incest, or when a woman’s life is at risk (abortion is never medically necessary), was absent from the bills. The formerly bi-partisan Hyde Amendment was first introduced in 1976 and has been present in every appropriations bill since. saving an estimated 2.5 million lives from abortion — until now.

“We respect the sanctity of that unborn child’s life,” said Autumn Christensen, federal policy director for the pro-life Susan B. Anthony List. “We want to protect that child. We don’t think abortion is good for unborn children or their moms. And when the government funds something, you get more of it.”

Research has shown that when the government pays for a product or service, the use of that product or service increases, including abortion. By making abortion free for women using Medicaid, the government will be complicit in encouraging underprivileged women to abort. While opponents of the Hyde Amendment consider it to be racist, those who support it know that it saves lives.

“This is a government that has had so many abuses against people of color, and to think that on top of that, it’s going to fund abortion,” pro-life activist Christina Bennett told a Congressional subcommittee regarding Hyde in 2020. “[It is] at the least irresponsible and at the most sinister to allow the federal government with a history of eugenics, slavery, Jim Crow laws, and other forms of systemic racism to pay for-profit organizations to end the lives of the vulnerable.”

Also on the chopping block was the Helms Amendment, which has prohibited U.S. funds from being used to pay for international abortions since 1973. When the House passed the State, Foreign Operations and Related Programs spending bill on Wednesday, the Helms Amendment was not included for the first time in 48 years.

Also included in the bill is $760 million for family planning and reproductive health services and $70 million for the United Nations Population Fund (UNFPA). The UNFPA has attempted to label abortion as a human right and has said that member States must provide abortion in cases of rape, incest, fetal non-viability, and when the mother’s health or life is at risk.

With the repeal of the Helms amendment, pro-life nations have lost a huge advocate in the United States. Obianuju Ekeocha, pro-life founder of Culture of Life Africa has said the West’s push for abortion in Africa is “ideological colonization.” Another concern is that the sex trafficking industry thrives off of legalized abortion, which helps traffickers to cover up their crimes.

Tweet This: The U.S. House of Representatives passed several spending bills without including abortion restrictions for the first time in decades

A Knights of Columbus/Marist Poll released in January 2021 revealed that 58% of Americans oppose using taxpayer dollars to fund abortion within the United States. The very women who would be eligible for taxpayer-funded abortions through Medicaid are less likely than those with higher incomes to support taxpayer-funded abortions, according to a 2017 Marist poll. Support for Medicaid-funded abortion is nearly twice as high among voters who make more than $75,000 a year than among those who earn $25,000 or less, according to a Harvard poll.

According to the 2021 Marist poll, 77% of Americans either “oppose” or “strongly oppose” the use of taxpayer dollars to support abortion overseas. Fifty-five percent of Democrats polled said they do not support the funding of international abortions. Of those who consider themselves “pro-choice” — whether Republican, Democrat, or Independent — 64% said they oppose using taxpayer dollars to fund abortion overseas.

Though pro-life Congressmen and women opposed the removal of both Hyde and Helms, they were slightly outvoted. The spending packages still must be voted on in the Senate, where they may hit stumbling blocks; both pro-life Democrats and Republicans have said they oppose removing the pro-life amendments from the spending bills.