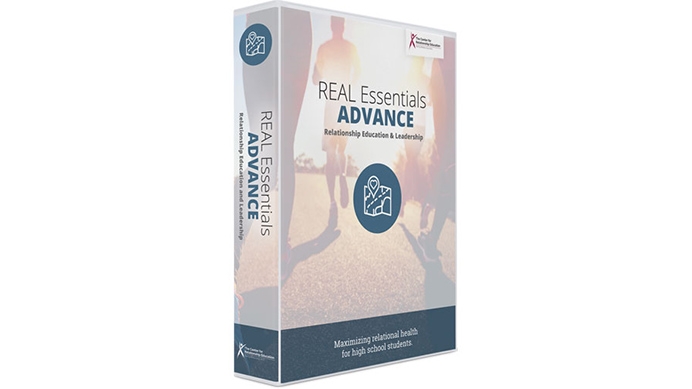 REAL Essentials is the curriculum developed by The Center for Relationship Education, a non-profit that serves people in 44 states and 7 countries with curriculum and training resources for improving people's relationships. Photo Courtesy: www.myrelationshipcenter.org

Teens in Utah have a strong positive influence when it comes to relationships and the value of stable homes and marriages through a new state grantee, The Center for Pregnancy Choices.

As part of its mission, the center, based in Logan, is able to teach its REAL Essentials curriculum to local churches and community agencies thanks in large part to a state grant the center received last fall. REAL Essentials is the curriculum developed by The Center for Relationship Education, a non-profit that serves people in 44 states and 7 countries with curriculum and training resources for improving people's relationships. The curriculum and resources are available for children, adolescents, adults, couples and corporate teams.

“Kids statistically do better academically and all around when they're inside of a home with a marriage,” said Shannon Kegerries, team lead trainer for the Center for Pregnancy.

Choices. “The Department of Workforce Services wanted to really promote and encourage that aspect for economic purposes because they see that helps the economy when the family is intact. Research also reflects children succeed academically, emotionally, and financially, when raised in two-parent homes.”

The American College of Pediatrics released a statement in 2017 supporting sexual risk avoidance programs like REAL Essentials, which builds upon research that shows teenagers are still developing key decision-making faculties when it comes to sex and relationships.

Since The Center for Pregnancy Choices was founded in 2009, the organization has made it a priority to work on prevention education.

“When you see all the heartache in a pregnancy center, it’s too late,” said Valerie Byrnes, executive director of The Center for Pregnancy Choices. “Not getting pregnant and waiting until marriage to have sex is not a popular message. We would like someday to not have anyone coming into the center for crisis pregnancy. We can do our part to prevent them by teaching them skills that are biblically-based and value-based.”

So far, the center has been able to use the grant in local churches, scheduling classes in March, April, and May for more than 100 attendees each. Plans are in the works to teach the curriculum in local libraries as well.

Because the grant, which utilizes Temporary Assistance for Needy Families (TANF) funding, focuses on prevention education, rather than crisis management, The Center for Pregnancy Choices created a separate entity called The Center for Healthy Relationships. This team focuses on guiding teens through a variety of issues, including sex, bullying and drug use.

Before the Center used the grant more widely, Byrnes and her team tested the curriculum on a preliminary group of 17 teenage girls who met every Friday night for 12 weeks.

One of the activities included in the curriculum involves 14 cards—one each for what Byrnes and Kegerries call “steps of intimacy.”

Tweet This: Thanks to a state grant, this Utah pregnancy center is impacting teens—by the hundreds! #prolife

Eventually, the center hopes to teach the curriculum in schools.

“It's going to have to be a kind of movement,” Kegerries said. “The intent is to build a culture where kids can talk about relationships and sex, and they can see the benefit of waiting to engage in sex, as well as the benefit marriage can have for children’s future.”