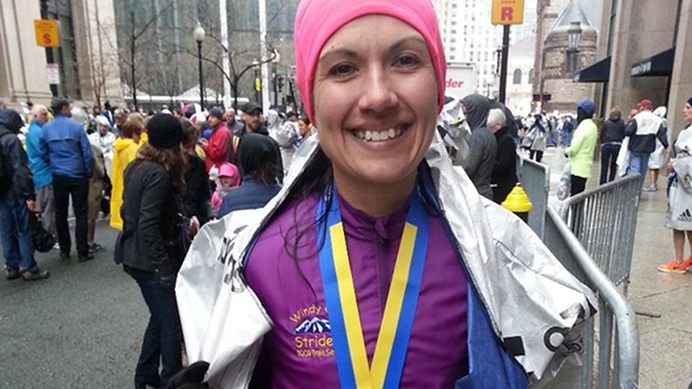 Jen Titus has participated in endurance runs, half-marathons, and marathons, including the Boston Marathon in 2015. This year, she adds another race to her repertoire—a 5k for a pregnancy help center. Photo Courtesy: Jen Titus

She runs marathons and half-marathons. She runs her four children hither and yon. She runs from her part-time job as an educator to the business in which she and her husband hold partnership with other owners. In many ways, she’s a superhero, especially to her family and the causes which she supports. One of those is True Care Women’s Resource Center, a non-profit pro-life pregnancy center in Casper, Wyoming, which hosts its annual Heroes Run/Walk for Life event this Saturday, June 2.

“Running for charity gives me that extra motivation, extra boost,” said Jen Titus, who has been a runner since high school. “Running for charity also makes me committed, and it brings me great joy. Plus, it’s good to show my children you can do something you like for a good cause.”

Titus and her husband have supported True Care for more than five years after hearing a presentation at church and later touring the facility. As a family, they’ve participated in past fundraising events, and Jen volunteered for a few years before her last child was born. She served as a client advocate for the center’s long-term parenting program called Baby & Me. Titus believes she used her gifts to help women as they prepared to be first-time moms.

“The program tied in with being an educator—I was able to use my teaching background, and since I was also a mom, I could give them tips and share my experiences,” she said. “I felt like I was making a difference. I hope to volunteer again in the future.”

Returning to the classroom after her little boy was born also helped her return to running. She plans to run the center’s 5k event. Last year, the center added a run to the annual walk. Pregnant, Titus assisted with the race as a timer. She looks forward to running this year.

“Two of my biggest passions are babies and running,” Titus said. “This event ties into my passions and my belief in True Care. I’ve seen first-hand the good that True Care does.”

“We are always looking for ways to make the event appealing to more people,” Winship said. “The success of the event is tied to the number of walkers and runners who make the effort to get sponsors. The more sponsored walkers and runners we have, the more money we can potentially bring in for our life-saving work. Last year there were a few folks who had walked in the past but, because they knew there would be a 5k, actually trained to run.”

Titus began running again after her child was born, slowly at first then building up. She runs two to three times a week; she also runs with a group one evening a week.

True Care’s event adds to her running repertoire. She’s participated in endurance runs, half-marathons, and marathons, including the Boston Marathon in 2015.

“It was my third marathon after having three babies on my 33rd birthday,” Titus said. “It was a lofty dream, a bucket list item, and it was a God thing.” 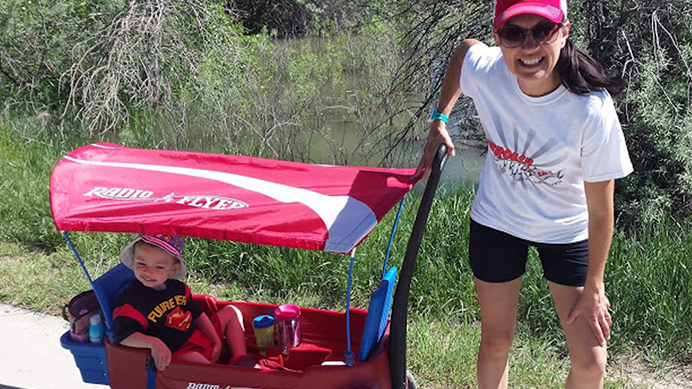 Titus prays when she runs, whether it’s a charitable event or on her own time.

“I always pray when I run—it’s my quiet time,” she said. “I also pray for the charity I run for. When I ran the Boston Marathon, it was very emotional, especially crossing the finish line. I prayed for the victims, the families, the community.”

She will be praying for True Care when she runs the 5k event embraced by nature along Casper’s North Platte River trail system.

“It will bring me a lot of joy to support True Care in another way and combine my passions for this cause. I will be praying for the center, the moms and babies and all the center staff and volunteers,” Titus said.

About 15 to 20 runners participated last year, including young people, Winship said. All participants are heroes for life.

Tweet This: Running for their lives: Marathon runner Jen Titus gives her all to the #prolife cause.

“The Heroes Run/Walk for Life is a great event,” Winship said. “We love providing a place where folks from different churches and backgrounds can come together on a Saturday morning in early summer to enjoy family-friendly fun, a free pancake breakfast, and some exercise. It is a beautiful statement of unity on the sanctity of human life as folks of all ages and abilities participate and raise much-needed funds for True Care’s life-saving work.”