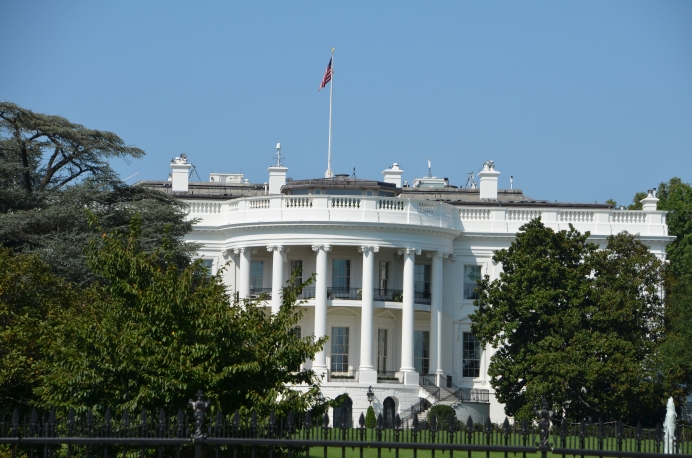 (Catholic News Agency) A group of pro-life leaders, including the US bishops’ pro-life chair, wrote Thursday to President Donald Trump urging him to tell Congress that an amendment funding overseas abortion providers is unacceptable.

Sen. Jeanne Shaheen (D-N.H.) inserted an amendment to the State, Foreign Operations and Related Programs appropriations bill that would increase family planning funding that could go to abortion promoters, would reinstate funding of the UN’s Population Fund, and would provide a mechanism to enforce an Obama-era non-discrimination rule that could essentially “blacklist” pro-life groups from being eligible for U.S. foreign assistance.

Archbishop Joseph Naumann of Kansas City in Kansas and 17 other pro-life leaders wrote to Trump Nov. 21 saying, “We strongly urge you to communicate to Congress that the Shaheen amendment is a poison pill that violates the Budget Agreement, and that you will oppose it as part of any final appropriations package.”

The amendment “must be removed before final passage of the SFOPS bill,” they said.

Shaheen’s amendment could undercut the Mexico City Policy, which bars U.S. funding of foreign NGOs that promote or perform abortions as a method of family planning. The Trump administration reinstated this policy and expanded upon it, applying the funding prohibition not just to family planning funding, but to $8.8 billion of global health assistance.

Shaheen’s amendment would also set up an enforcement mechanism of the 2016 Obama administration “Non-Discrimination Against End-Users of Supplies or Services” rule. This rule essentially required contractors with USAID not to “discriminate” against aid beneficiaries on the basis of sex, “including gender identity, sexual orientation, and pregnancy.”

The enforcement mechanism for the rule targets pro-life and Christian groups “by adding new reporting requirements that are intended to effectively ‘name and shame’ faith or community-based partners, particularly pro-life and pro-family partners,” the letter notes.

Tweet This: The reporting requirements (will) "effectively ‘name and shame’ ... pro-life and pro-family partners”

“The resulting blacklist is designed to drive qualified faith-based providers away from providing foreign assistance,” said the pro-life coalition.

They added that the amendment “condones a flawed regulation” from the Obama administration “that targets pro-life and pro-family organizations.”

According to the pro-life leaders’ letter, Shaheen’s amendment also “directs the Government Accountability Office (GAO) to conduct a one-sided evaluation targeting the pro-life policies” of the Trump administration.

“In addition to undermining important pro-life actions and policies of your Administration, we believe that the Shaheen amendment, creating new policy, expressly violates the Bipartisan Budget Agreement for Fiscal Years 2020 and 2021,” the letter says.

That budget agreement says that “there will be no poison pills, additional new riders,... or other changes in policy or conventions that allow for higher spending levels, or any nonappropriations measures unless agreed to on a bipartisan basis by the four leaders with the approval of the President.”

Congress was to have had until Nov. 21 to pass appropriations bills funding government agencies for the 2020 fiscal year, but yesterday [Nov. 21] Trump signed a continuing resolution extending the deadline to Dec. 20.

Last month Tom McClusky, president of March for Life Action and one of the letter’s signatories, told CNA that just such a continuing resolution -- which gives a short-term extension of status quo funding -- would be the best case scenario for pro-lifers as the funding deadline neared, as no new problems could be added to the legislation.

Editor's note: This article was originally published by Catholic News Agency and is reprinted here with permission.