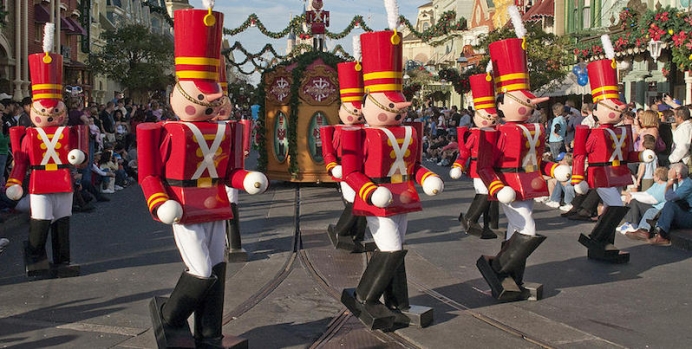 To the True Soldiers: Thank You

Right now, many in the pregnancy help community are discouraged and tired. I often receive emails from those in this work who are wondering if it is time to give up. I understand.

But there is good news for True Soldiers like you. For one, if you are involved in this work, you are no Toy Soldier. You know the Toy Soldiers. They come to church dressed perfectly, always smiling brightly and never flustered.

Toy Soldiers march in at the right time and as soon as the clock hits the right mark, they march out again. No scuffs on those shoes and not a mark anywhere else. Toy Soldiering is a great life, or so it appears.

After all, if you never involve yourself in combat there are no scars, no pain.

True Soldiering however, involves battles. Our uniform gets dirty when we struggle along with the clients and patients who come in our door. They are hurting, and we hurt with them because we care—more than many of them can imagine.

We get marks on our bodies and our emotions are worn thin. We wake up not knowing what is around the next corner, wondering whether the next battle will bring victory or a devastating defeat.

Toy Soldiering is dress-up, and we see it too often. To be honest, we feel sorry for the Toy Soldiers.

Tweet This: True soldiering involves battle. We don't know whether we're gong to suffer in the process. @KirkWalden

To the Toy Soldier we want to cry out, “Join us in the battle. Hearts are at stake. Lives are on the line! Be part of what it means to fight for those who need us!”

But to the Toy Soldier, the risk of a wound is too much of a bother—even with lives hanging in the balance.

Yet while we hurt for the Toy Soldiers, True Soldiers start each day on a valiant mission to advance a calling of reconciliation and the calling of life—a mission launched, carried out and carried on by none other than Jesus Christ.

Sure, we’re going to get dirty. And we can count on battle scars along the way. We know that. It’s no secret to any one of us.

Some will desert. Others will criticize. Still others—the Toy Soldiers—will look at us with a condescending smile and say, “That sounds like every rewarding work.” They have no idea, yet we know better than to explain.

Dear soldiers, as Paul told Timothy in II Tim. 2:4, let’s not entangle ourselves with the affairs of everyday life. There is no time for that.

Without pride in ourselves or malice toward others, let’s band together as True Soldiers, ready to fight the good fight each and every day—for God’s glory.

Tweet This: Let's band together as True Soldiers, ready to fight the good fight each day. @KirkWalden

Perhaps I don’t know you personally, but if you are involved in pregnancy help ministry, I know your heart, which is that of a True Soldier.

From this writer, “thank you.” I appreciate your service. Let others say what they want. I for one am proud to stand with you. It is . . . An honor.