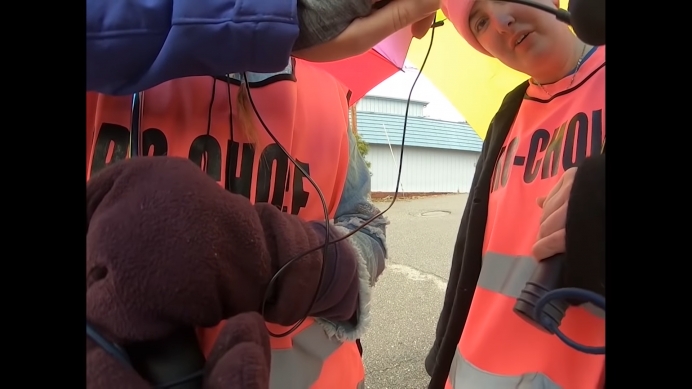 Pro-life advocates in Bristol, Tennessee, are under attack, and the Thomas More Society (TMC) is stepping in on their behalf, PHN has learned.

In January of this year the not-for-profit national public interest law firm helped file multiple petitions for orders of protection against members of a radical pro-abortion organization, a report from TMC's communications representative said.

The offenders have harassed and threatened multiple pro-life people outside of the Bristol Regional Women’s Center abortion facility in recent months, the report said, with the aggressors recently directing their attacks on Erika Schanzenbach, a peaceful pro-life witness and sidewalk counselor.

Now Schanzenbach is fighting back with the Thomas More Society's help and going to court for protective orders against "her most egregious abusers."

The offenders have frequently sought Schanzenbach out for harassment, regardless of where she stands, Thomas More Society Counsel Michael McHale said, even when she stays across the street from the abortion facility to avoid confrontation.

The pro-abortion offenders subject Schanzenbach to varied abuses, such as surrounding her in close proximity and blocking her from view with large, open umbrellas; licking her arms; following her very closely wherever she walks – including back to her car hundreds of feet away from the abortion facility; stealing and destroying her leaflets; and also shouting profanities and taunts, as well as making obscene gestures right in her face.

“These actions are blatantly illegal, and they are unacceptable in a civilized society,” McHale said. “Everyone has the right to peacefully advocate their beliefs on public streets and sidewalks without being bullied into silence. While we continue to ask local authorities to stop this illegal abuse, we are eager to help Ms. Schanzenbach secure some measure of relief in civil court.”

Tweet This: “These actions are blatantly illegal, and they are unacceptable in a civilized society”-atty on pro-abortion harassment of pro-life advocate

The pro-abortion abusers brag online about their illegal conduct, the report said, identifying themselves as “Pro-Choice Bristol.” Their Facebook-posted “Pink Manifesto” states that they will “use any means necessary to physically block” pro-life witnesses “from sight” and will do “anything at all not being enforced equally for the protection of patients whether demonstrably legal or not.” The "radical" group also declares that “When local government fails” it will “step in,” it said.

Schanzenbach has been the target of harassment, abuse, and stalking by Denise Skeen, according to the report, along with Skeen’s adult daughters, Alethea and Rowan. Each of the women is named as a respondent in the petitions for court orders of protection. Also named is Cheryl Hanzlik, who on numerous occasions has tried to cause permanent hearing damage to Schazenbach by pointing a bullhorn and blaring loud police siren sounds directly into her face. Additional court complaints have also been filed against Hanzlik and Alethea Skeen for ongoing illegal harassment.

In addition to McHale, Schanzenbach is being represented by Thomas More Society Senior Counsel Martin Cannon and local counsel Andrew Fox. After the initial January 2020 court hearing the cases were scheduled to return to court in April 2020.

Schanzenbach’s legal team will present ample video evidence at that time along with live witness testimony demonstrating the ongoing abuse against her, TMC's release said.

“Ms. Schanzenbach has been terrorized while exercising her freedom to peacefully express her opinion,” McHale stated. “She has been stalked, threatened, and frightened, while attempting to share life-affirming alternatives with abortion-minded women – something that she is fully within her Constitutional rights to do.”

“We expect the court to protect Ms. Schanzenbach to the full extent of the law,” he added.

Video documentation of the harassment endured by Schanzenbach is publicly available online HERE, HERE an HERE.

WARNING: some of the video footage contains obscene and offensive content.

Read the Petitions for Orders of Protection filed on January 16, 2020, and the Supplemental Verified Complaints filed January 31, 2020, in Chancery Court for Sullivan County Tennessee, HERE.

WARNING: some of the allegations in these petitions contain obscene and offensive content.