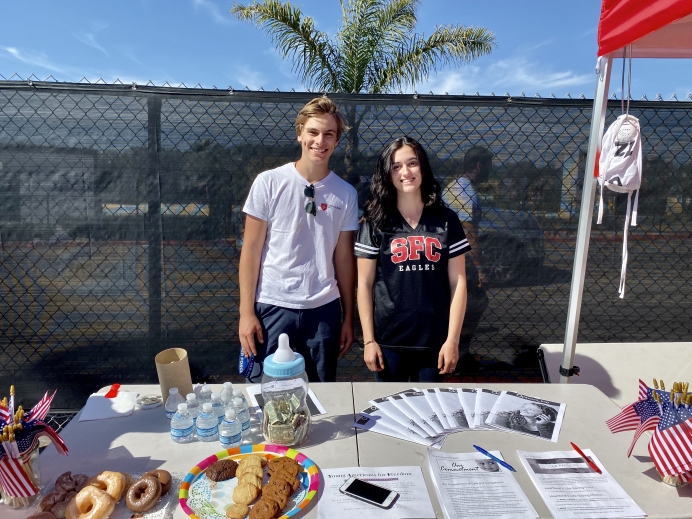 Two California high school students took their pro-life conviction to a new level this school year when they decided raise funds for a pro-life organization.

Madison Zeigler and Pietro Lanza said they were moved by the experience, both in raising funds to support life, but also by voicing the value of human life in conversations that occurred in the process.

After conceiving and completing the project to take place during their school’s homecoming football game this past fall, the two high school juniors discovered Heartbeat International through an internet search and made a donation to the pregnancy help organization.

“It was truly an incredible experience, and my club-partner and I are so thankful that we had the opportunity to do it!” Madison wrote to Heartbeat.

Both young people consider themselves strongly pro-life, and they liked that Heartbeat embodies the idea that there are better options for women facing unplanned pregnancy than abortion - that there is hope.

“We love your organization because it provides women in crisis with the support that they need, and saves the precious lives of unborn children,” they said, “while also sharing the hope of Jesus Christ in situations that seem hopeless.”

Tweet This: “We love your organization because it provides women in crisis w/the support that they need & saves the precious lives of unborn children”

“We too want “to make abortion unwanted today and unthinkable for future generations,” they continued, quoting from Heartbeat’s vision, “and we feel the best way to do that is to support organizations like yours that let women in crisis know that they are not alone, and that there is hope that can be found in Jesus Christ.”

Pietro started a student club last year at their San Diego-area high school, Santa Fe Christian, to educate people on world events and social issues. He said the main goal was to provide the opportunity for students to practice critical thought. They named their student group Young Americans for Freedom, though not affiliated with the national group of the same name.

Madison would later come to be co-leader with Pietro, and she suggested the pro-life fundraiser when they learned of the opportunity to have a table at the school’s homecoming game. 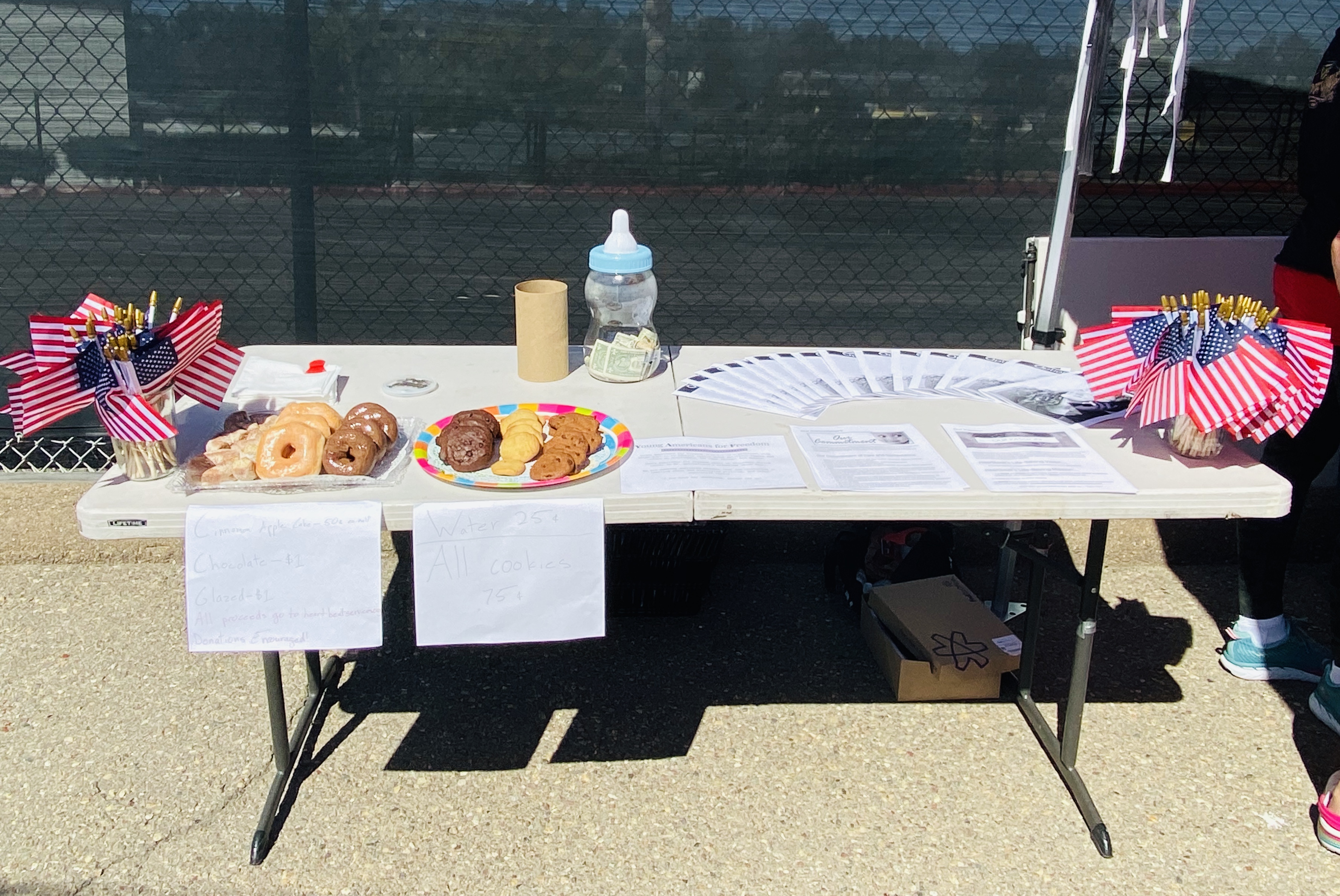 At first Pietro was skeptical over how effective the project might be, but Madison persisted, convincing him the idea of raising funds to benefit life was worthwhile.

“I really took that to heart,” Pietro said.

After talking it over they agreed that it was a good goal, adding that as Christians it’s important to practice what one preaches.

Pietro and Madison planned, prepared, set up and manned their table for several hours during the school’s homecoming football game, offering pregnancy resource information from Heartbeat, including Option Line, the Abortion Pill Rescue Network and the LOVE Approach, which is Heartbeat's guide for dealing with someone who is facing an unplanned pregnancy and may be considering abortion. The students also had cookies, donuts and water available for donations. 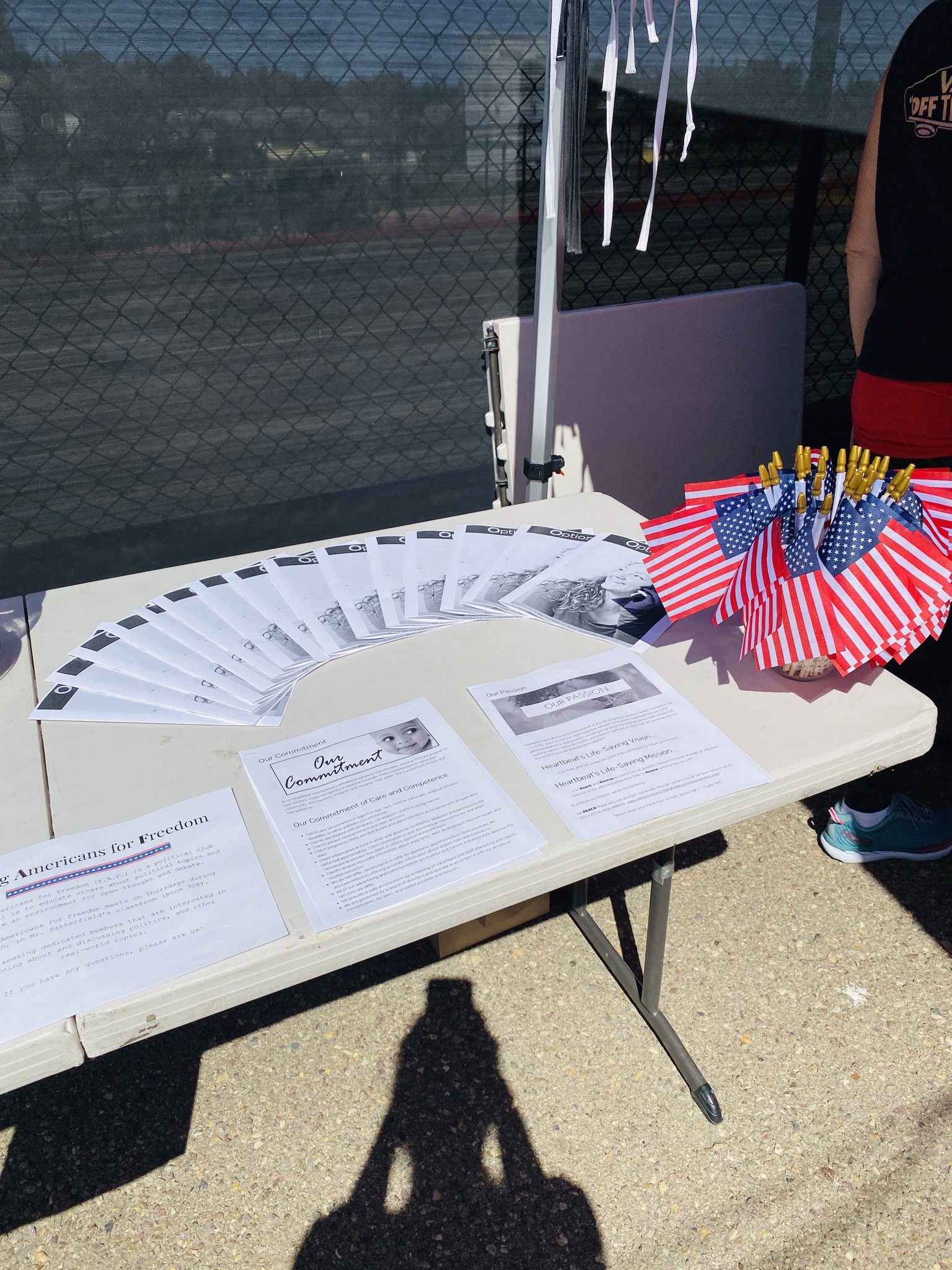 They engaged with visitors at the table on the pro-life issue, and many donated more money once they learned why Madison and Pietro were raising it. In fact, the students said that most of what they brought in came from additional donations to the pro-life cause.

When all was said and done, they were able to make a $160 donation to Heartbeat.

They learned a lot from the hands-on experience, they said, both in terms of putting their faith into action and producing results.

“It’s really helped my own beliefs,” Pietro told Pregnancy Help News. “Here we are talking about it, now let’s do something about it.”

Madison said, “It has real-life effects when we’re able to do that.”

Their parents are proud of their work, both students said, and at least one member of the school’s leadership commended their putting time and effort into a cause they believe in.

The student club continues to go well, Madison told Pregnancy Help News, and with much going on in the world, the students have been able to tackle many important topics and educate members.

Pietro and Madison haven’t yet had another chance to fund-raise through their student club, but they continue to examine potential ways for the club to be active and effective.

“We still are very much passionate about the pro-life movement,” Madison said, “and want to support it any way we can whether it be through educating our fellow club members, participating in pro-life events, or fundraising again, which I know we would love to do!”

She looks forward to putting her voice out there for life in the future.

Pietro agreed, saying, “It’s really cool that my words can result in action for the world.”