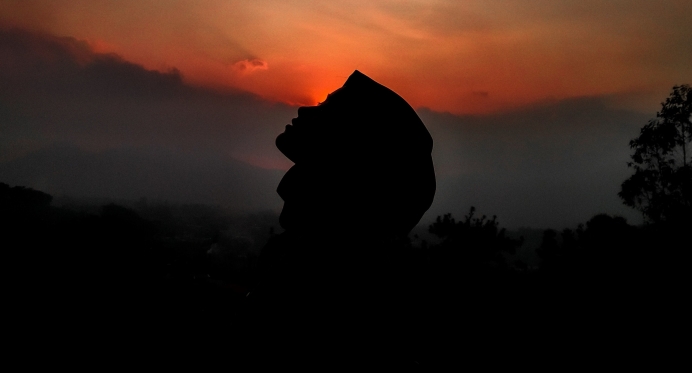 The quiet voices that roar

This year has been a year of loud voices. Preceded by decades of the same.

It is the quiet voices, though, that make me pause today with thanksgiving.

The voices – quiet yet determined - of the women who show they didn’t need an abortion to be successful. Amidst the “A baby will ruin your life” message, they took a different path forward and proved that message to be a lie.

Their dreams didn’t die because they chose to let their babies live. They in fact had – and took – an option to choose both of their lives.

Their quiet voices – and their actions - roar.

The story’s conclusion reads as if womanhood itself rests on the ability to abort babies.

Not so, for these women, though. Their lives roar with the sound of life – babies crying - rather than the silence of an abortion.

Shout out to the women who made the choice – not over years, but over days or weeks – to protect the children growing within them. The women who heard the screaming solution of abortion - protect the woman’s life by ending the child’s life - and turned it down.

Tweet This: Shout out to the women who made the choice to protect the children growing within them.

They quietly roared their dissent by walking through doors of pregnancy help centers around the nation – full of fear and uncertainty, no doubt – and finding the strength and power within themselves to slow down and think things through.

These are the women who individually pushed back against the idea that the right to abortion is a badge to be worn proudly. They singularly refused to let access to abortion be the defining characteristic of their womanhood. Roar.

Shout out to the women who began the chemical abortion process, then changed their minds and determined to not let their babies die without a fight. “Just take the second pill,” they were told. Instead, they listened to the louder voice coming from their own hearts and searched for a better choice.

Tweet This: Shout out to the women who began a chemical abortion, then changed their minds and determined to not let their babies die without a fight.

By refusing the single option of the naysayers, they found hope and help – and saved their babies through the Abortion Pill Reversal process. Roar.

These strong women have written their own versions of success – by walking through their lives with their babies. Breathing babies. Sleeping in the other room babies. The continuation of the baby’s life did not require the mother to ruin her life; she chose instead to make room in her life for another living being. Their behavior, their choices - roar.

Tweet This: Shout out to the women who heard the screaming solution of abortion- protect the woman’s life by ending the child’s life- and turned it down

Scattered throughout communities across the country, the lives of these women tell a counter-cultural message. These women – with their quiet choices - show other women what can be.

For there are other women, and their story has not yet been written. Women sitting in their homes today not even thinking about pregnancy - not realizing they too will be making a pregnancy decision in the near future.

They may not even realize that they are witnesses to the silent, roaring women who chose life for their babies.

But they are an audience, indeed. And perhaps the women who take pregnancy tests tomorrow and despair over the positive results will give themselves a chance to think otherwise - because of these quiet, roaring women. They see that there is another possibility.

That’s the reality that gets lost in the pro-abortion argument. Women do it. They choose their lives and their babies’ lives. Having a baby isn’t incompatible with having a successful life. I am thankful that these roaring women prove it every day with the lives they – and their children – are living.