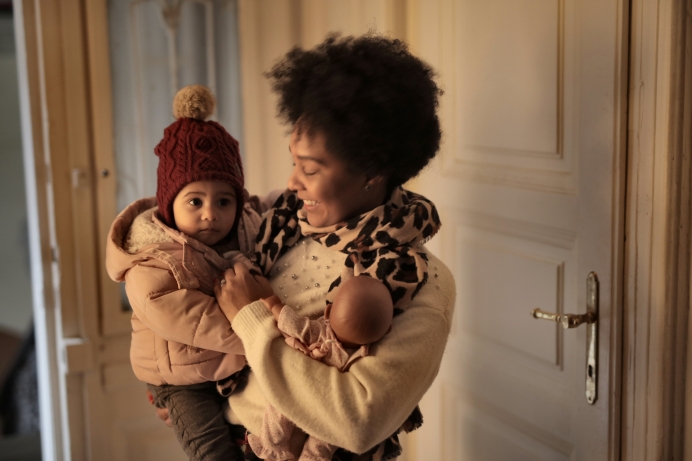 The pro-life movement has much to celebrate this Mother's Day

(Washington Examiner) Mother's Day is a beautiful celebration of life and motherhood, and we in the pro-life movement should take this day as an opportunity to focus on how our movement supports mothers. A report by the Charlotte Lozier Institute powerfully quantifies the impact of pregnancy care centers across America by using data to demonstrate how these centers help women from all walks of life.

Those who serve at these centers care for women like Amber, who found out she was pregnant days after turning 21 while attending college. She initially scheduled an appointment with an abortion clinic but felt led in a different direction. Thankfully, she found the Hope Center, where she received a free ultrasound with her boyfriend, Brandon. The images of their child persuaded them to keep the baby, and the Hope Center helped guide them through a challenging process by making them feel loved and supported during every step of their journey.

Stories like Amber’s are the heart and the soul of the pro-life movement, as we are dedicated to supporting women and creating nourishing environments in which families can thrive. We exist to provide women who feel broken and desperate with a place to turn to in their hour of need.

Unfortunately, not everyone understands this, and some have even mistakenly characterized the pro-life movement as one solely focused on winning a political debate. Ross Douthat’s recent critique in the New York Times chided that "the plausibility of [ending abortion nationwide] depends on whether the pro-life movement can prove — through very literal policy demonstrations, not just rhetoric — that it can protect and support the pregnant women who would no longer get abortions in the world that it desires." He added that "there is something to be said for a pro-life movement that talks less in the language of partisanship and proceduralism and sounds more like the utopian and not simply conservative cause that its logic ultimately requires it to be."

We certainly agree that there is far more to ending abortion than winning a political debate, but it seems as though Douthat fails to appreciate the vast amount of work already being done to create the utopia about which he writes.

Perhaps skeptics such as Douthat underestimate the breadth and depth of the pro-life movement because it isn't part of the everyday political discourse. Just because there isn't breathless media coverage of pregnancy care centers doesn't mean the close to 15,000 pro-life employees and more than 50,000 pro-life volunteers aren't making a profound impact, saving lives, and helping women.

The Charlotte Lozier Institute report quantifies the impact of pregnancy care centers and serves as a powerful counterpoint to those who see the pro-life movement as primarily partisan. The 2,700 centers studied provided more than $266 million in material assistance to pregnant women, whether through providing prenatal care, offering classes on parenting, administering tests for sexually transmitted diseases, or giving women items such as baby clothing.

Pro-life advocates served 1.85 million people in 2019, and we were able to walk with women while they grappled with life-changing choices. Pregnancy care centers embody a holistic approach to women's health as they provide classes to adolescents, resources to pregnant women, and care and support for those who have undergone abortions. We believe every woman is valuable and special, and we will meet her where she is, whether that is six weeks pregnant or years after having an abortion.

One essential service these centers provide is free ultrasounds. In 2019, pregnancy care centers performed 486,213 ultrasounds that helped women learn if they were pregnant, if the baby had a heartbeat, and how far along the pregnancy was. Providing women with this information helps them better understand their pregnancy and see their baby as a unique human life.

Another area in which the pro-life movement is making great strides is abortion pill reversal. Women who choose chemical abortion often change their minds after having taken the first pill, Mifeprex, in the two-pill regimen. Abortion pill reversal has been shown as a safe way to counteract the effects of Mifeprex. **Since 2012, more than 1,000 babies have been born after their mothers underwent abortion pill reversal,** and the practice continues to grow as it becomes better known and understood.

Tweet This: "Abortion pill reversal has been shown as a safe way to counteract the effects of Mifeprex (the abortion pill)."

Tens of thousands of men and women are working across the country to support pregnant women and provide them with the resources and care they deserve. This Mother's Day, we should all take a moment to acknowledge how these pro-life heroes have saved countless lives by acting as a lighthouse for women sailing through troubled waters.

Editor's note: Jeanne Mancini is the president of March for Life. This article was published by the Washington Examiner and is reprinted with permission. Heartbeat International manages the Abortion Pill Rescue® Network (APRN) and Pregnancy Help News. **Statistics to date show that more than 2,000 lives and counting have been saved thanks to APR.**