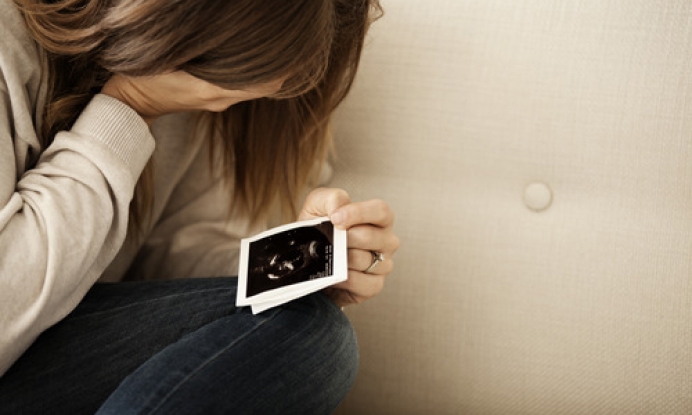 Upon further review of email exchanges between NARAL and government officials in Montgomery County, Maryland, pregnancy help medical clinics all over the U.S. might need to file missing persons reports for their medical directors, sonographers, registered nurses, or RDMS-credentialed staff.

As a duly appointed representative of Big Abortion, NARAL was trying to “help” Montgomery County—if by “help” we mean “drain $375,000 of taxpayer dollars—pass and defend its unconstitutional ordinance demanding pregnancy help centers (PHCs) to post signage declaring they do not refer for abortions or birth control.

In short, NARAL and Montgomery County officials wanted to force pregnancy help centers to do what no other entity is required to do: State services that are not offered.

In the emails, NARAL’s chapter president Jodi Finkelstein notes, “many . . . pregnancy centers have and operate ultrasounds, increasing the perception of them as legitimate medical providers. However, it is unclear if any ultrasounds are performed under the guidance of medical personnel.” [Emphasis added.]

This is the same Maryland NARAL group that created a so-called “investigative report” and submitted it to Maryland’s elected officials, media outlets and, of course, their own donors in 2008.

So after personally visiting 11 centers, “investigators” still found it “unclear” whether “any ultrasounds are performed by medical professionals.” Really?

Here is why this remains “unclear:” Either NARAL didn’t bother asking about the professional qualifications of those who provided medical services, or they didn’t reveal their own findings.

It takes as much “investigative” know-how to check an organization’s medical qualifications as it does to check an elevator’s latest safety inspection. In both cases, all you have to do is ask at the front desk.

What becomes painfully clear is how little “investigation” took place in what was mis-titled an “investigative report.”

And it isn’t difficult to uncover the motive here, either. An email from Finkelstein indicated NARAL’s absolute commitment to use taxpayer dollars to continue to prevent medical centers from gaining public or political legitimacy—regardless of what medical services clients are receiving the clinics.

Finkelstein scornfully refers to the pregnancy help community’s increasing use of valid medical methodologies, such as ultrasound and STD/STI services—administered by trained medical professionals—as “medicalizing.”

Consider Finkelstein’s shrill comment to Maryland officials: “Medicalizing . . . conveys a seal of approval that we never want to be complicit in allowing CPCs to claim.” This comment ignores legal matters, only reflecting the public relations battle NARAL is intent on waging.

Yet, abortion advocates have to admit PHCs are in the right. In the words of current Montgomery County Council President George Leventhal’s email (written on March 18, 2014), PHOs are “clearly artful at devising strategies to avoid violating the law.”

Reading past Mr. Leventhal’s abortion-driven agenda, he is clearly saying these centers are abiding by the law.

The Commitment of Care and Competence, our national code of ethical practice, requires that PHOs conduct all medical services “in accordance with all applicable laws, and in accordance with pertinent medical standards, under the supervision and direction of a licensed physician.”

In the final analysis, it’s clear that NARAL didn’t find the professionals providing ultrasounds because they didn’t want to. Instead, NARAL chose to run its public relations bully campaign from the pocketbooks of Maryland’s citizens.

That much is clear.