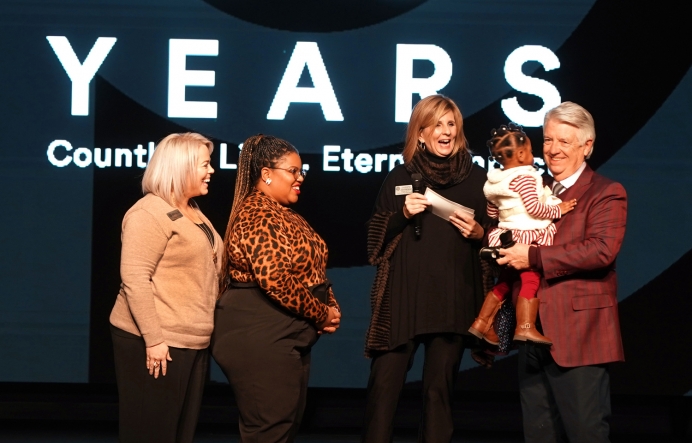 Prestonwood Pregnancy Center in Texas, with two brick and mortar locations and a mobile unit, experienced a significant increase in call volume and client visits during the past year. As the center observes its 30th year of operation, leaders envision more life-affirming services for women and families in the Dallas area.

Five years ago, Prestonwood averaged 2,800 client visits; in 2020, the center experienced an increase of more than five times that number, to over 16,000 client visits. This year, Jamieson and her colleagues have already seen 5,000 visits, and earlier this year, the medical staff conducted 1,000 ultrasounds in one month, among the three entities.

“That’s bittersweet,” Jamieson said. “I’m so thankful that those women in crisis are finding their way to us and not an abortion clinic, but one day, I hope we’re out of a job because abortion is no more.” 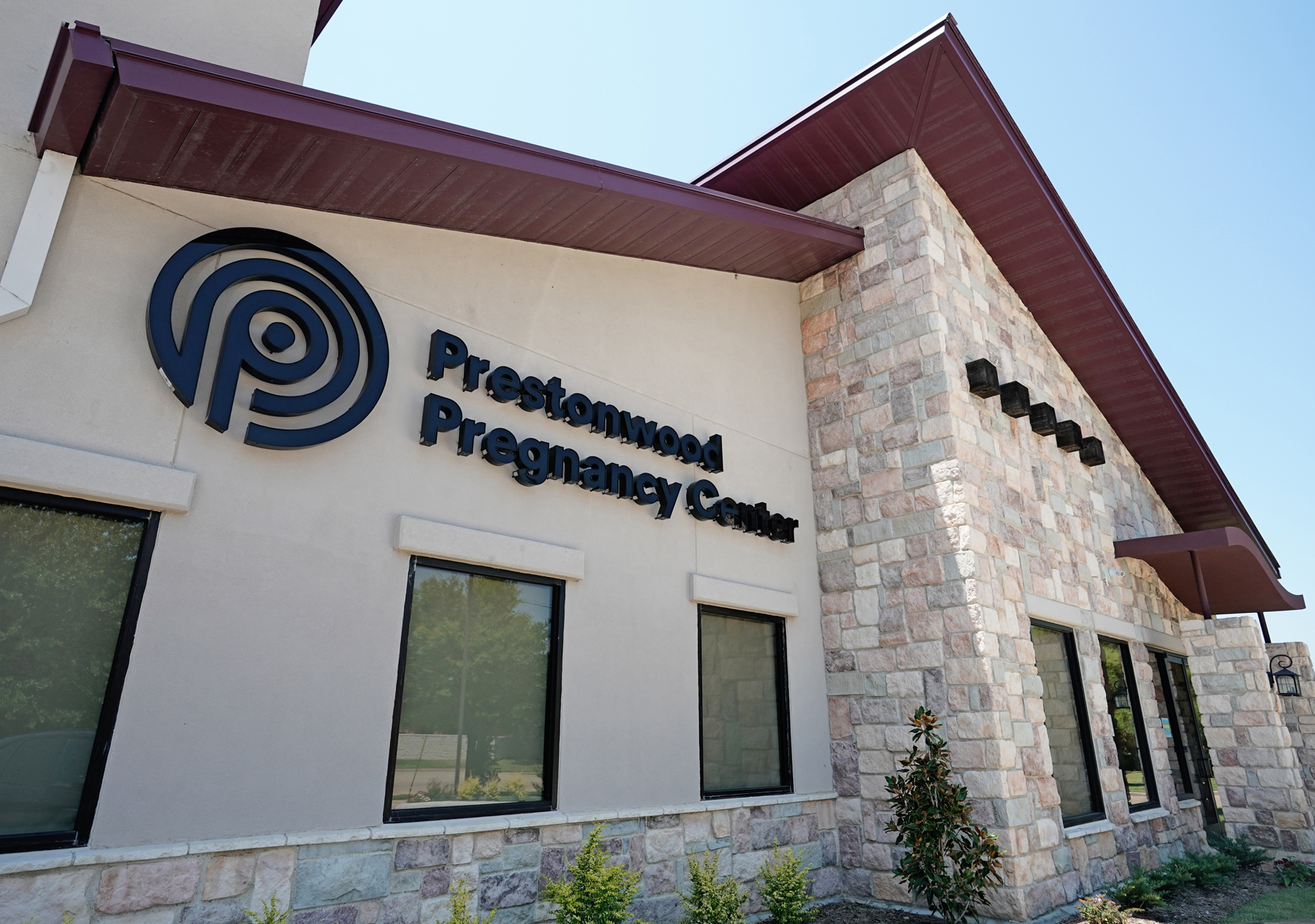 Prestonwood Pregnancy Center opened its doors 30 years ago. When Pastor Jack Graham received the call to lead Prestonwood Baptist Church, he brought the vision of attaching a pregnancy center to the church’s ministry outreach. He had relocated from Florida, Jamieson said, where he had opened a pregnancy center alongside the church he pastored in that state.

“Prestonwood had called him to be their pastor,” Jamieson said. “The one ministry he desired to bring with him was a pregnancy resource center.”

“We are an integrated auxiliary ministry of Prestonwood Baptist Church, but we are our own 501©3,” she explained. “We have a very strong tie to the church, but we have our own board (of directors).”

“Pastor Graham doesn’t just preach about life,” said Jamieson, “his words go into action, and his unwavering support of the Prestonwood Pregnancy Center and the call to action of Prestonwood – we are not just pro-life in words, we are pro-love in action.”

During the past 30 years, the pregnancy center has seen more than 106,000 client visits and almost 4,000 salvations, Jamieson said.

“People think about us (pregnancy resource centers) as saving babies,” she said, “and through the grace of the Lord that happens, but what is as impactful is that we’re not just making an earthly difference, but we’re making an eternal difference.”

Tweet This: People think about pregnancy centers as saving babies, but what is as impactful is that we’re making an eternal difference

“We see women and families and fathers of babies come to Christ,” said Jamieson, “and that to me will truly change the trajectory of the American family when you see a family that determines Christ is going to be the foundation.”

“It’s a mission field,’ she continued. “People walk through our doors every day looking for hope; they are broken, and we know where hope is found. Hope has a name, and Hope’s name is Jesus for those who are believers.” 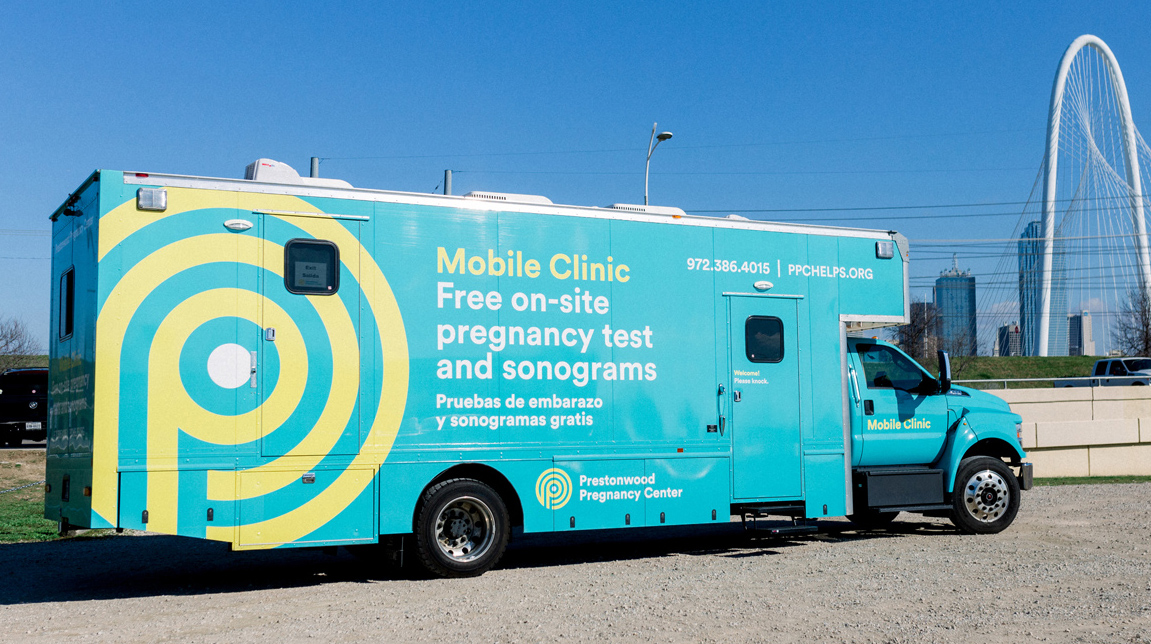 In addition to the center in Richardson, another facility is located in South Dallas. Plus, the ministry conducts medical services via a mobile unit. Prestonwood first obtained a mobile unit in 2009 and eventually grew to two. Then, three years ago, a new unit was built, and the center retired the two former vehicles.

“It’s an incredible ministry,” Jamieson said. “I believe it fulfills the great commission – we ‘go’ to where there is a need instead of expecting the women to come to us.”

“We adopted a pregnancy center that was in South Dallas,” Jamieson said. “We took them under our wing, and then we moved that location. We opened up in COVID.”

That location was strategically placed, she added.

“The location across the street from Planned Parenthood is a very strategic one,” she said. “We believe it’s more interventional. As women are heading for their abortion or their surgical consultation, they see us – a light in the darkness. We see a lot of abortion-determined women.”

The day Jamieson spoke with Pregnancy Help News, 22 abortion-determined women were scheduled between the two brick and mortar centers and the mobile unit.

Women are assessed as abortion-determined if they call and say they are looking to have an abortion. However, more are often assessed as such after meeting with a client advocate or counselor.

“We’ll have others who haven’t said (they plan to abort) until they are in the appointment, plus we also take walk-ins,” Jamieson said. “We have great success (getting abortion-determined women through the doors). We track every call, and 64 percent of the woman who call us and are abortion-determined come for their appointment. We have a team that’s dedicated to only answering the phone, and so we work really hard on training. They are really gifted on what to say.”

Prestonwood Pregnancy Center is not slowing down as it goes into a new decade. A third clinic location is planned; so is a new building tagged the Family Resource Center. The goal for opening a third facility is late fall.

“We hope to open our doors in an area of the city that’s underserved and doesn’t have a local pregnancy resource center,” Jamieson said.

The Prestonwood Family Resource Center, which may open this summer, will house classes, baby items, a food bank, and other services, such as helping women sign up for Medicaid.

“The pandemic brought to light issues that were already there with jobs and resources,” said Jamieson.

“Once she has chosen life (via clinic services), we’re going to transition her to the Family Resource Center,” she explained.

There they will have certified health navigators to help women with Medicaid. It is where Prestonwood will house baby items and a diaper bank. There will be food resources, and classes for both pre-childbirth and post childbirth.

“In addition, we’re going to offer some classes answering the key reasons why a woman was seeking an abortion in the first place,” said Jamieson. “If she’s in an unstable workplace or in an unhealthy relationship, those don’t go away if she chooses life, or she chooses abortion. We still want to help her address those.”

“So, we’re putting into place those things that can help her become a healthier individual physically, emotionally, and spiritually,” Jamieson said.

The goal is to have a Family Resource Center for each pregnancy center location.

Prestonwood conducts pregnancy testing, ultrasound, and STD testing and treatment, as well as after-abortion healing and abortion pill reversal. Two babies have been born during the past six months thanks to the APR protocol, and one woman is currently undergoing the regimen and is still pregnant, Jamieson said.

The organization also has a men’s ministry, with a male staff member and several male volunteers.

“We’re seeing more and more fathers of the baby coming to the appointments, so it’s an incredible opportunity for us to engage and educate and equip him to be the father that God has obviously called him to,” Jamieson said.

Because of the increase in engagement by the fathers, Prestonwood facilitated 55 adoption referrals in 2020, she added.

Jamieson, who is going into her sixth year as executive director at Prestonwood, possesses a background in women’s ministry, human resources, and marketing.

“It’s the greatest ministry role I’ve ever had,” she said. “I would encourage any staff member of a pregnancy resource center to keep going and keep going strong. I think we are making a difference. I know there are days that can be hard and discouraging - but God sees.”

She encouraged Christians who profess pro-life views to act as well.

“The call isn’t to be pro-life just in words, but we must be pro-life in action,” she said. “I believe if every Christian found a pregnancy center to pray for, serve at, or to support, the abortion industry would be dramatically affected by that.”