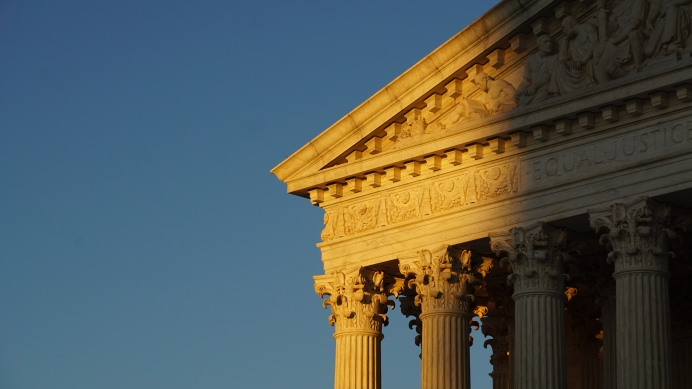 (LifeSiteNews) The U.S. Supreme Court is slated to privately discuss two abortion-related cases this week, one concerning a 15-week abortion ban in Mississippi, the other concerning the rights of pro-life protesters in Pennsylvania.

Tweet This: SCOTUS will discuss 2 abortion-related cases this week, one a Miss. 15-wk abortion ban, the other the rights of pro-life protesters in PA.

Missoui pro-life lobbyist Samuel Lee highlighted the news on social media, noting that the justices will be discussing the two cases in conference (then presumably voting on them) on Friday.

Today #SCOTUS listed two abortion-related cases for conference on Dec. 4: Mississippi's 15-week abortion ban; and Bruni v. Pittsburgh (19-1184), regarding prohibitions on pro-life speech and advocacy near abortion clinics. Both cases had been rescheduled from earlier conferences.

The first case concerns Mississippi’s HB 1510, which prohibits abortions from being committed past 15 weeks for any reason other than physical medical emergencies or severe fetal abnormalities. After being enacted last year, U.S. District Judge Carlton Reeves quickly issued a temporary restraining order against enforcing the law, then declared it unconstitutional in a ruling filled with pro-abortion talking points rather than legal arguments. Nevertheless, the Fifth Circuit Court of Appeals sided with Reeves, prompting appeal to the nation’s highest court.

The Fifth Circuit had claimed that an “an unbroken line dating to Roe v. Wade” had firmly entrenched the “right” to pre-viability abortion, but that “unbroken line” is precisely what Mississippi and other pro-life states intend to challenge. Attorneys with the Life Legal Defense Foundation noted that the Court has also acknowledged a “compelling interest in protecting the unborn child” as pregnancy progresses, particularly on criteria like fetal pain – which can be felt before viability.

The Supreme Court has already delayed its conferencing on the 15-week abortion ban several times.

The other case concerns a 2005 Pittsburgh “bubble zone” ordinance requiring pro-life activists to stay more than 15 feet away from the entrance to abortion facilities, effectively keeping pro-lifers from communicating with women entering or exiting the building to appeal to them to choose life or offer them assistance with abortion alternatives.

The case has been working through the federal courts for years, with city officials claiming the ban is neutral with regard to the content of speech, but Alliance Defending Freedom (ADF) argues that, because it applies specifically to providers of “therapeutic,” “healing,” or “health-building” services, its intent to apply specifically to pro-life speech is clear.

“Americans have the freedom to talk to whomever they please on public sidewalks,” ADF legal counsel Elissa Graves says. “That includes peaceful pro-lifers who just want to offer information and help to women who would like to know their options.”

These two cases will be an early test of the Supreme Court’s newest member, Justice Amy Coney Barrett, in whom conservatives have placed great hopes for the future of abortion jurisprudence. Last week, she joined a 5-4 majority that blocked New York’s COVID-19 restrictions from discriminating against churches and synagogues.