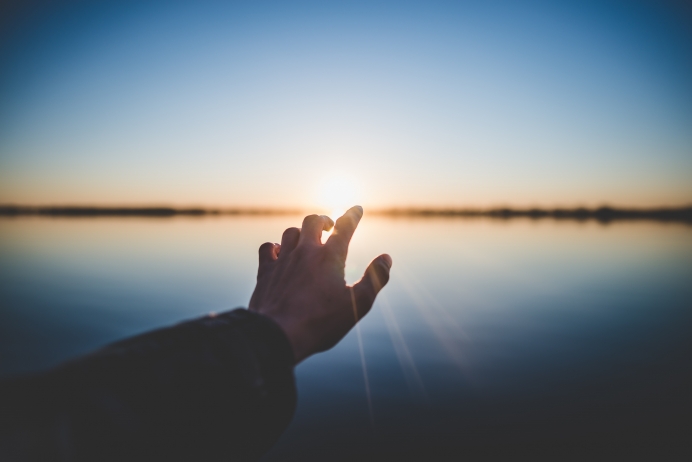 Supernatural. It’s How We Roll.

Reading Katie Franklin’s story of April, who left a demonic cult to save her baby’s life, I started thinking about . . . God, and His amazing ability to work toward good in spite of the horror He sees among those He created.

Right now, I’m working on my next book, with one chapter focusing on God’s supernatural planning ability. And Heartbeat International Vice President Cindi Boston’s first-hand account of April’s story is a perfect example of how God never stops planning, even in dire situations.

April’s story, of becoming pregnant as part of a cult ritual of child sacrifice, both shocked and amazed me. Shock, because I could not believe this type of thing could happen in the United States. Amazed, because I see a God who observes the most terrible practices our world offers and says, “I’m not done here. I still believe in people, and I’ve got people with whom I can work to create a new story.”

Many readers of this column may disagree with me on my next point, and that’s okay. No worries. I’m no theologian, but here’s my thought: I don’t believe April’s situation was God’s will.

Disagree with me—that’s fine. Because in a moment, we’ll all come together.

But no, I don’t think God planned to place April into what appeared to be an impossible situation, living in a cult where she was asked to give her baby’s life.

Yet I do believe God knew this would happen. And I think—for what it’s worth—He was already preparing those who could reach out to April. From the receptionist to the nurse to Cindi Boston, He trained His people—in advance—so that when April faced the decision of a lifetime, the Kingdom of God would be ready, willing and able to take on the battle ahead. Quoting Cindi’s words, here’s what happened when April arrived at The Pregnancy Care Center in Springfield, MO:

April received hope—hope that she was a valuable child of the King; hope that there was a better way than abortion or child sacrifice; hope that life could be different.

April is an excellent example of what happens through pregnancy centers. Her needs were met. We gave her unconditional love and a host of resources. April not only left the cult, but she chose to parent her baby. She gathered the courage to leave the aberrant group and head in a different direction. She found faith in Christ and married. April became a productive citizen in her community. April’s warm smile and joy prove that pregnancy centers bring truth and peace into dark places.

The point? In the Pregnancy Help Community, God connects with us in two ways. He is either using us as His agents—just like in Springfield—or He is preparing us for those moments when the next April walks in our door. Sometimes, He is doing both.

If you’ll give me some latitude here, I believe God was heartbroken when He saw what this cult was doing to April, and to others. And I believe God was also broken by what the cult leaders were doing to themselves. But God’s determination never falters. He trusted His people—at the Pregnancy Care Center and elsewhere—to open doors so April could choose a different ending.

When April chose life—again, give me latitude—I wonder if God, with a satisfied smile and a wink, nudged Jesus at His right hand and said, “That’s what I’m talking about, right there.” Perhaps a high-five ensued, I don’t know for sure.

I’m still amazed that God trusts regular people—like us—to accomplish some of His most amazing miracles. It’s true, only God can perform a supernatural act like parting a Red Sea, but what about rescuing a child from cult sacrifice? The God-breathed love and support April needed to choose life is supernatural, too. And regular people—like you and me—played a major role.

Tweet This: God trusts regular people—like us—to accomplish some of His most amazing miracles. @KirkWalden

Friends, we do “supernatural” every day. We don’t often notice this, but we do. We love when someone seems beyond love. We compete against a multi-billion-dollar industry dedicated to taking lives and we refuse to blink. We see impossible situations, and, leaving common sense aside, we see “possible.” All of this, supernatural stuff.

It’s easy to get bogged down in the day-to-day of our work. We fret over budgets, refine programs in efforts to affect patient outcomes and before we know it, we’re caught up in meetings, paperwork and trying to maintain some sense of order.

But sometimes, it’s not a bad idea to sit back and say, “God is either using me, or preparing me. And maybe it’s both at the same time.” When we do, we gain a supernatural perspective. After all, supernatural is how we roll, every day.