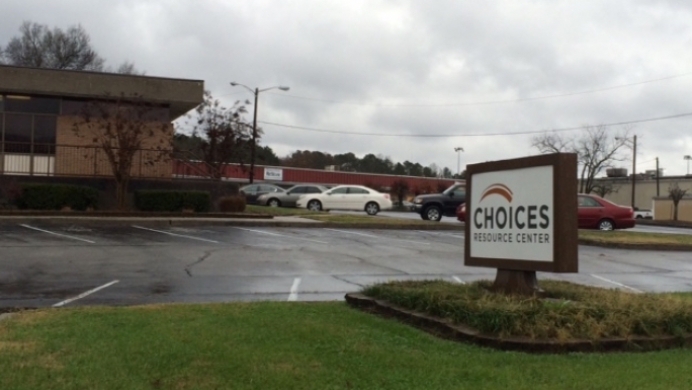 For anyone anxious to see men—both in general and in church leadership in particular—rise up and take their place in the battle for lives, Tim Stallings is a breath of fresh air.

Serving women and families in Oak Ridge, Tenn., close to the collegiate center of Knoxville and home of the 2015 Country Music Hall of Fame inductees, “The Oak Ridge Boys,” Stallings is one of just a handful of men leading pregnancy centers as executive directors across the country.

As director of Choices Resource Center, Stallings not only fits the bill as an experienced pastor and counselor, he’s passionate to bring more men from his community along with him.

Building on his foundation of 25 years in pastoral and counseling ministry in the area, Stallings has fellow men and fellow pastors in mind with two upcoming fundraising events—a newly established annual golf tournament and an annual banquet keynote from Tim Tebow’s father, Bob.

Stallings is counting on help from his son, Scott, a PGA Tour golfer, for the upcoming tournament, and he was able to connect with the Tebows through his older brother, a retired missionary in the Philippines who had served alongside them.

“This is basically a women-run ministry, but men have a significant role,” Stallings said. “One of the things I’m trying to do this year is engage more men and pastors in what we do. Like most centers, it’s mostly female-led, female-run, female-promoted, so part of my prayer goal this year is to have 50 pastors come to our annual banquet.”

Tweet This: This is about more than just #abortion. This is human life, and it covers all of life. #prolife

While he is new to the center in his current role—having taken the reigns in the summer of 2015—Stallings’ involvement with the ministry, and with the wider pregnancy help community, has been years in the making.

As both a pastor and a counselor, he started out partnering with the Choices staff for prayer and giving time to mentor the men who came in along with their girlfriends or wives during an unexpected pregnancy.

Stallings also took the opportunity to travel to both Heartbeat International and Care Net annual conferences as part of a prayer team organized by Vicki Botsford, who lived in the Oak Ridge area at the time but now serves as executive director for Choices Women’s Clinic in Orlando, Fla.

At one of the Care Net conferences, Stallings connected with Patrick Eades, the executive director for Care Net Pregnancy Center of Coastal Georgia. The two men forged a friendship, and that helped pave the way for Stallings to accept the offer to take over as Choices’ executive director.

“It’s been a journey for me,” Stallings said. “If I hadn’t have met [Eades], I would’ve said, ‘Well this is a female role.’ God orchestrated this all, and it’s been a blessing. I have a great staff. Everyone just really cares about each other and about what we’re doing. It’s just awesome.”

When Stallings was named the center’s new executive director, his first task was to get Choices’ limited ultrasound services back up and running. In the year leading up to Stallings coming aboard to lead the organization, it had stopped using its ultrasound machine because of struggles to get an ob-gyn to review scans.

Stallings, whose wife works as a nurse in the labor and delivery department of the local hospital, was able to find an ob-gyn to volunteer as the center’s medical director, and ultrasounds came back online in October of 2015.

The center is also partnering with a local organization to promote abstinence education and conduct STI testing that is geared to the specific needs of the high schoolers in the area.

Stallings, the son of long-time Tennessee state representative Rob Stallings—who served from 1974-90—has his sights set on a full-orbed culture of life in Oak Ridge.

A former city council member himself, Stallings initiated and encouraged the current body to adopt a resolution recognizing the Sanctity of Life this January. After some push-back from one of the members, the council adopted the resolution, which Stallings modeled after a proclamation Tennessee’s governor issued in years’ past.

“This is more than the abortion issue. This is human life, and it covers all life,” Stallings said. “We wanted to use this opportunity to take a stand for life.”