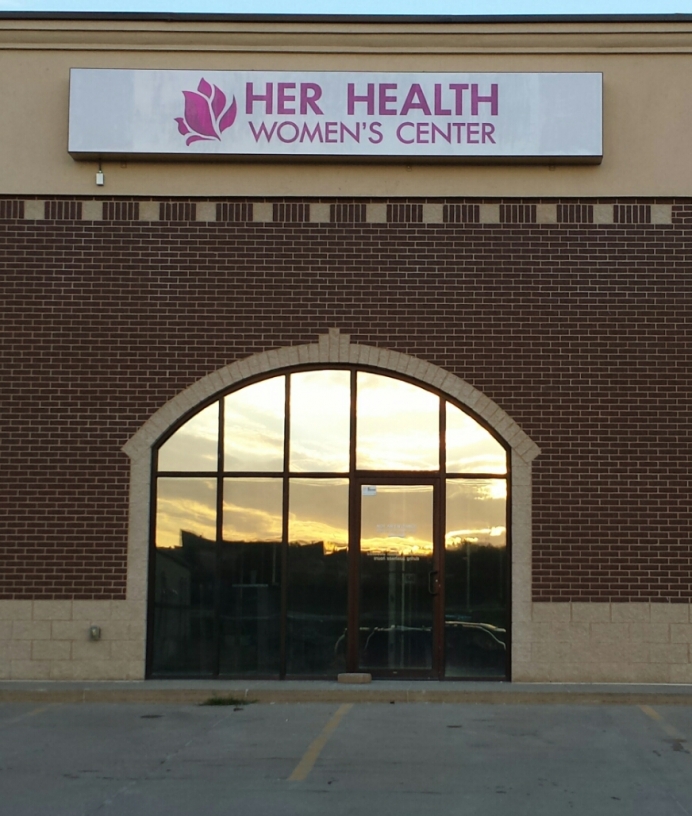 SIOUX CITY, IOWA -- When Executive Director Deb Sypersma took stock of her pregnancy center’s situation in 2013, she knew many things needed to change.

Alpha Center in Sioux City was located in a downtown office space, but it took a trip down a flight of stairs for a client to find the office. In addition, because Alpha’s home was underneath another office space, it was proving problematic to create the signage Alpha needed to attract clients.

Because of its obstacles, Alpha was not reaching the very women they most wanted to see—s those considering abortion.

Even though Alpha’s budget was only $112,000, the time was right for a new location—and a new brand. The process began by looking beyond the dollars and realizing the need.

With 550 abortions taking place in the Sioux City area—better known to residents as Siouxland—Alpha sought to better reach those vulnerable to ending their pregnancies.

“The willingness of our board to catch a new vision made all the difference,” Sypersma said.

Tweet This: "The willingness of our board to catch a new vision made all the difference."

In working with the board to chart a new course toward reaching those most vulnerable to abortion, the first step was to find a new home. Alpha was hoping to present the promise of a new location for its fundraising dinner in April of 2014, but the deal never came to fruition.

Even without a new location however, Sypersma and Development Director Susie Edgar kept casting the overall vision, asking others to join the ministry in a large step of faith. At a reception for table hosts a few weeks before an upcoming banquet, Edgar made an invitation: “We are jumping off of a cliff. Will you join us?”

“We told them that we want to be the first choice for every woman in Siouxland facing an unplanned pregnancy,” Edgar said. “They caught it.”

The table hosts weren’t the only group to catch the vision, so did banquet guests. The event—their first fundraising dinner in nearly a decade—raised $130,000, exceeding than the entire budget from the previous year.

Following the banquet, a new location presented itself.

“We were visiting with a couple [regarding the new vision],” Sypersma said. “And the husband told us, ‘I might have a building that will work for you.’”

The location, on Sunnybrook Drive near the ministry’s target audience, was perfect. Donors came on board, with one pledging a portion of the monthly rent.

“I asked him how long he was planning on giving that amount,” Sypersma said. “[He said,] as long as you are saving babies and helping women, I will be giving."

From there, a $50,000 matching gift came in, and the ministry was ready to take on more than just a new location.

A $102,000 renovation was next, and Alpha rebranded to Her Health Women’s Center as the moving date closed in. On October 27, 2014, they opened the doors to their new home.

“Our goal is to reach out to many, many more abortion-vulnerable women,” Sypersma said. With a new $30,000 marketing budget, Her Health Women’s Center is now reaching radio, television and even movie-goers with its new message.

With the marketing campaign only starting to ramp up, data is incomplete. Yet, Her Health saw a 21 percent increase in clients in December, and Edgar—who oversees marketing efforts—is noticing another sea change as well.

“We used to see only life-minded clients, but now we are seeing more who are on the edge,” Edgar said.

Tweet This: "Now we are seeing more (clients) who are on the edge."

With a new home, a more aggressive marketing strategy and new staff, the ministry’s budget is now $242,000—a 216 percent increase over just two years ago.

When Sypersma and Edgar worry about such a leap in the budget, they go back to the theme verse for their 2014 fundraising dinner, from Ephesians 3:20: “Now to Him who is able to do exceeding abundantly beyond all that we ask or think,” keeping in mind that God is much larger than any funding needs the ministry faces.

And, Edgar adds, “When we share with donors what we want to do, their eyes just light up.”

Has your organization taken on a rebranding or renovation? Leave a comment or send us your story here. We've also got a conversation started on the Pregnancy Help News Forum here.