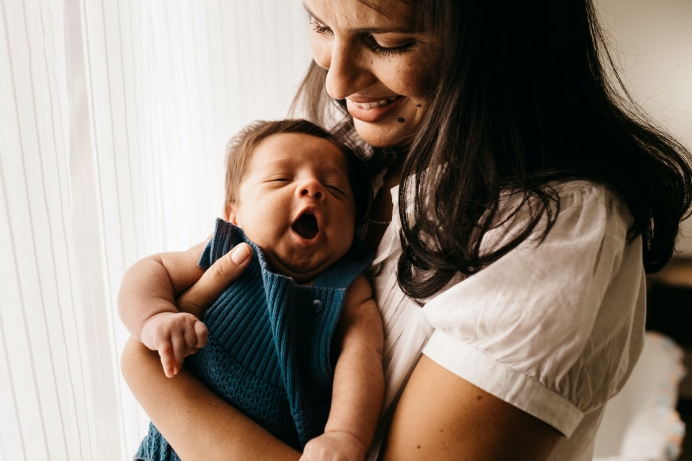 The Justice Foundation is offering free legal information to any pregnant woman in America who feels that she cannot care for the "infant life" in her womb at this time and needs an abortion, the group has announced.

“The Justice Foundation (TJF) can assist her with understanding her state's Safe Haven laws by which she can, without cost, release her baby to the community,” TJF President Allan Parker said. “She can simply release the baby to a hospital, fire station, or other designated place within a specified time after birth.”

“If she is low-income, the state can also provide prenatal care and delivery of the child at no cost to the woman,” Parker added.

The legal nonprofit will also assist women to prevent being illegally forced to abort, it announced in a statement this week. TJF’s reference to “infant life” in a mother’s womb hearkens back to the term’s use in U.S. Supreme Court-Gonzales v. Carhart, 2007.

Many women are feeling pressured during the pandemic by things such as lost jobs and economic uncertainty into getting so-called "emergency" abortions, Parker said, when they could be using the Safe Haven laws which are available in every state.

Safe Haven laws generally allow the parent, or an agent of the parent, to remain anonymous and to be shielded from criminal liability and prosecution for child endangerment, abandonment, or neglect in exchange for surrendering the baby to a safe haven, according to childwelfare.gov. All 50 U.S. states have some sort of Safe Haven law on the books, with some variation by state.Cynthia Collins, global advisor for TJF’s Operation Outcry ministry and founder of the group Louisiana Abortion Recovery, explained why Safe Haven laws are crucial for helping women to choose life, especially now.

"Fear leads to death; hope leads to life,” Collins said. “We need to offer women hope for the future, not death."

Tweet This: Many women are feeling pressured by circumstances into getting "emergency" abortions “We need to offer women hope for the future, not death"

TJF also noted how abortion carries financial cost for women, where Safe Haven is given at no charge. Pregnancy help organizations worldwide offer their services, including material and financial help, frequently along with related medical testing and many other forms of support, at no cost to their clients.

Unlike abortions, Safe Haven is free and equally available to the rich and poor, the legal group said. There is no cost, no obligation, no legal procedure, and the woman is totally free to release her child to the state with no obligation for future child support.

Tweet This: "Unlike abortions, Safe Haven is free and equally available to the rich and poor. There is no cost, no obligation .."

“Unfortunately, because of its financial bias, the abortion industry is not telling women about the free services provided by her state's Safe Haven law and Medicaid for those who have lost their jobs and are pregnant,” said Parker.

“The fact that the abortion industry is continuing its attempt to exploit the coronavirus crisis in order to stay open is absolutely deplorable,” he said. “Their callous disregard of women's health and the infant lives in the womb and others could not be more obvious.”

TJF referred individuals to the National Safe Haven Alliance for additional information on Safe Haven and to the Option Line helpline number for thousands of pregnancy resource centers nationwide and in Canada for free: 1-800-712-4357. The contact center is also available via text "HELPLINE" at 313131, and at optionline.org.

More information on The Justice Foundation is available at thejusticefoundation.org.