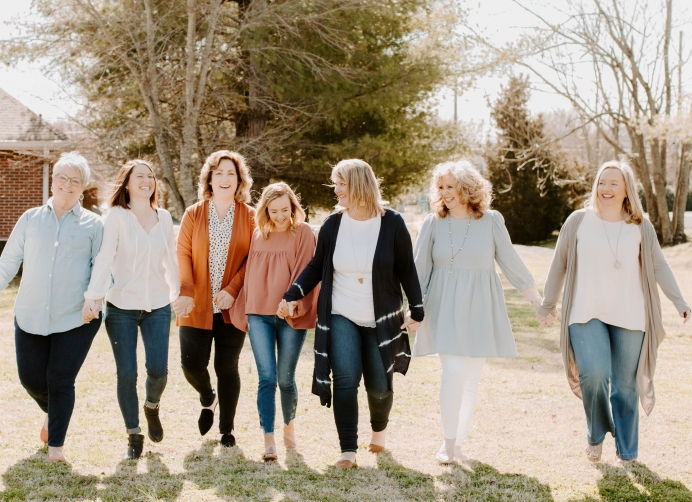 When leaders of a rural Tennessee pregnancy center embarked upon a path of expansion in the autumn of 2019, they had no idea the tempest of obstacles that would come shortly thereafter, nor of the tidal wave of positive opportunities.

According to Valerie Millsapps, executive director of Pregnancy Resource Center (PRC) in Maryville, the organization needed to relocate because of growth.

“We knew God was calling us to step out,” she said. “We announced at our fall banquet that we were taking a leap of faith.”

The leadership found a building to meet the organization’s needs, pictures of which were shown during the banquet.

Then the financial offer she and the board put in for the new building “was accepted within 15 minutes,” she added.

The former location sold within 30 days, and the proceeds helped significantly with the purchase of the new building.

Millsapps and her staff planned to take a week to move into the new building. However, with help of many community residents, the job was completed in one day.

“Only God can orchestrate all those steps,” Millsapps said.

She, the staff, and board began to envision all they could accomplish during 2020 in a location 1,000 square feet larger than the center’s previous home.

They pondered many things, including how they could continue serving women, who not only come from their area in Tennessee but also travel from North Carolina.

“Sometimes where they are … it’s quicker for them to get to us than other places in that area,” Millsapps said.

PRC has seen an increase in 2021 numbers and the organization may surpass last year’s numbers, Millsaps said. More than 100 women are served by the pregnancy help medical clinic every month.

Each year, PRC staff choose a word or phrase on which to focus. Millsaps said they selected ‘refiner’s fire’ for 2020 “not knowing that we would face a refining in all of us….”

PRC did not close last year.

“We just kept serving,” she said. “We are called to this – we help women every day who are in crisis. God has equipped and prepared us for moments like this.”

A special ceremony at the new location had been planned but was pushed back because of COVID.

“We didn’t want to do a virtual one,” Millsapps said. “God designed us for community and for relationships, so we just put it off.”

A postponed but ongoing celebration 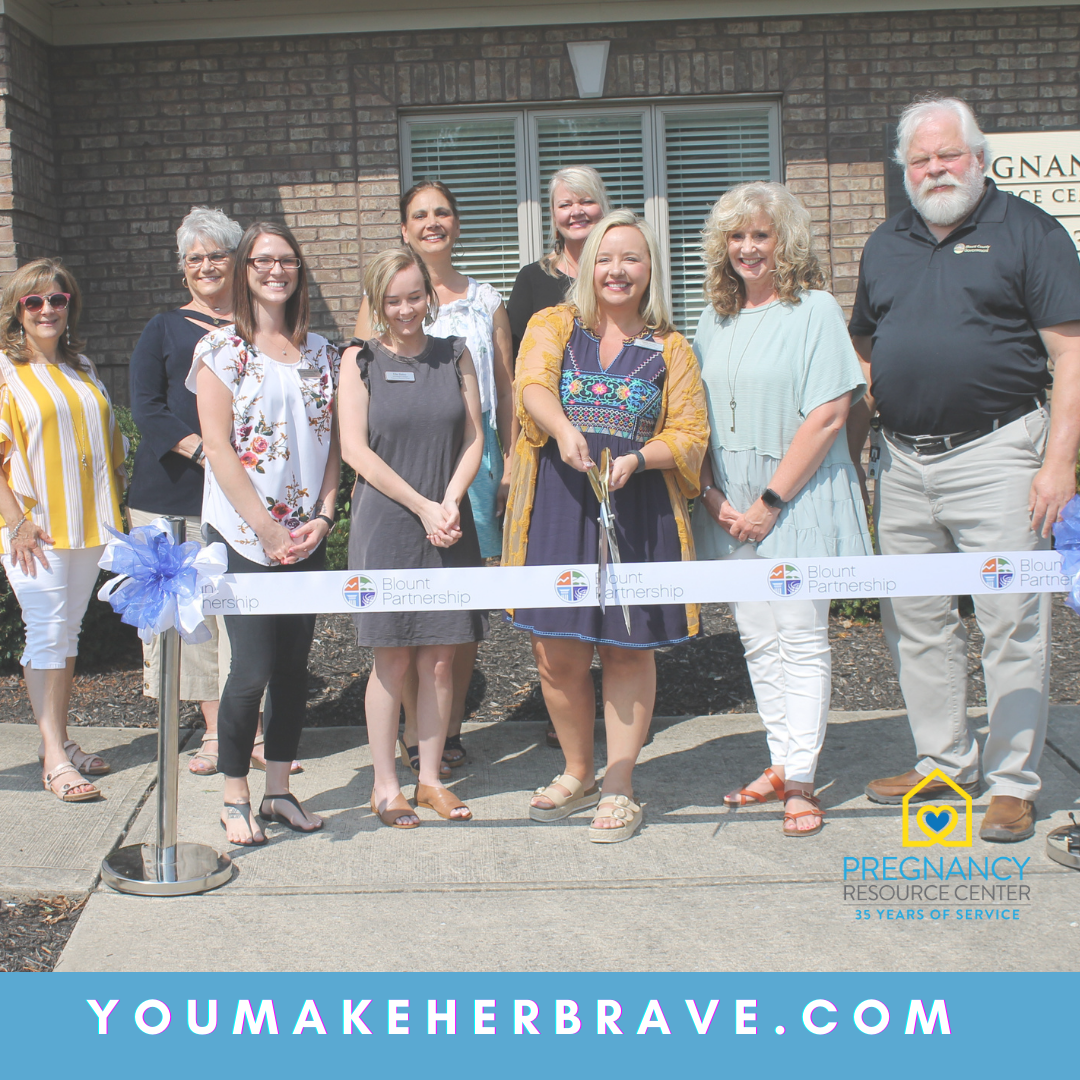 That celebration continues this month with the center’s annual banquet, which will also be in-person. And it will include a client giving video testimony of how she’d made an abortion appointment but came to PRC beforehand, to then cancel her abortion appointment, choosing life instead for her unborn child.

“I’m so excited to have him here,” Millsapps said, “and I’m excited for what God is going to do!”

For the first time, her daughter, who more than 20 years ago could have been an abortion statistic, will introduce Millsaps at the banquet, providing opportunity for the organization’s director to share her own unplanned pregnancy story.

The theme for this year’s event is ‘Rise Up and Celebrate,” Millsaps said.

“We do celebrate life, but in the same sense, you do have to rise up and do something” she added. “I’m praying people will do that this year in ways they haven’t done before.”

Many already have. Earlier this year, PRC began a “Be Brave” campaign to pay off the new building’s mortgage.

“We’ve had people commit and designate money just to help get that debt down,” said Millsapps. “With the help of the community locking arms with us, we’ve brought it down, which is amazing! I have no doubt God is going to take care of that very soon.”

However, a physical clinic doesn’t matter as much anymore, Millsapps added, given the prevalence of chemical abortion.

“It’s no longer where is the nearest abortion clinic (because) it’s your mailbox,” she said.

One way to help combat the ‘convenience’ of abortion by mail is via a mobile pregnancy medical clinic.

PRC received the mobile unit in 2017. Earlier this year, the organization hired a nurse manager to run it. During the four years prior, staff and some volunteer nurses operated the unit. However, growth at the brick-and-mortar location made it more difficult to have those medical professionals absent, Millsapps said.

“We were really blessed in January to hire a mobile nurse,” she said. “She’s done amazing with it!”

One of Millsaps’ goals is to open a satellite location, serving even more rural areas and residents.

“I want to reach even more people to let them know there is hope and help out there,” she said.

Tweet This: We want to reach even more people to let them know there is hope and help out there - pregnancy help medical clinic director

PRC has also increased outreach to college students and to men, and Millsapps hopes to see both programs grow.

“We received Student Club of the Year,” she said. “I don’t know how that happened, but we were consistent; we showed up.”

The program may expand to another local college in the future, she added.

PRC also launched a Champion Men program last year, with about 20 male volunteer mentors eager to help. One is at the center almost daily, Millsapps said.

She credits the community for coming alongside the organization, especially during the past two years.

“It’s all of us working together... and being obedient to what the Lord has placed on all our hearts and called us to do,” she said.

Also in 2020, Millsapps took a step of faith to write and publish a book. A Voice That Kills shares her story about overcoming voices that seek to destroy a person’s life. The book also encourages readers who may be dealing with past or present hurts.

Between all the positive work happening at Pregnancy Resource Center and her personal book project, Millsapps sees the mighty hand of God.

“It’s very exciting,” she said. “God’s hand is abundance – He can provide so much beyond our imagination.”