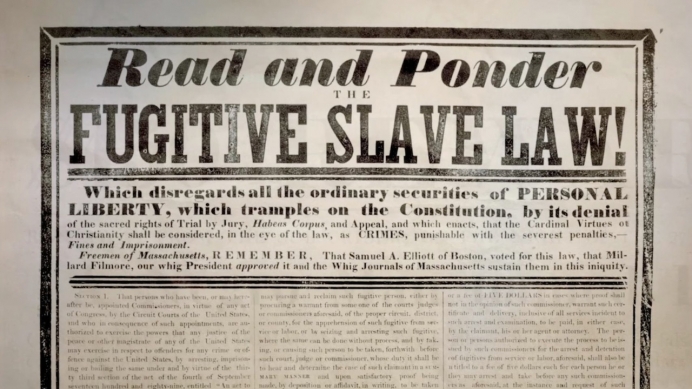 Assembly Bill 775 would require all pregnancy help centers (PHCs) in California to refer clients to the very abortionists that they exist to oppose.

It forces PHCs to disseminate the following notice:

The bill would force PHCs to not just give information about abortion itself—which most of these organizations already do as part of options counseling—but to aid the state in marketing abortions.

Just a glance at the above notice tells the story: that organizations whose very existence is about serving women with life-affirming alternatives to abortion would be required by law to notify their clients that free or low-cost abortions are immediately available to them, and have the blessing of the state.

As if that’s not enough, these centers would then be required—against conscience—to provide a county phone number where their client will be referred for an abortion.

There is no making sense of this coercive action by the government—nor similar legislation in Illinois—but it does draw striking parallels to the Fugitive Slave Acts of 1793 and 1850.

The philosophy underpinning these acts was that a slave was the property of his or her owner. If a slave managed to get away from the brutality of the plantation and flee to a free state, the Fugitive Slave Acts mandated that the slave be returned—to face punishment or death.

Anyone found to obstruct or hinder the faithful execution of the Fugitive Slave Act was fined $500.

Under AB 775, the state of California stacks the deck in much the same way. The unborn child is like the slave. Acting in the interests of the abortion industry, the state considers an unborn child as its property, to do with as it will.

If the unborn baby escapes the plantation propaganda of the abortion industry, and her mother finds herself at a pro-life PHC free state, the government wants to force the PHC to include advocacy that would redirect her to an abortion clinic.

Some might argue, "It's not the same thing. Slaves were human beings." So are the unborn. It's easy to prove, and I'd happily debate it with any who disagree.

NARAL (the nation's biggest abortion advocacy group) and Planned Parenthood (the nation's number one abortionist),  though awash in state and federal money, is still demanding more, calling for mandates that pro-life volunteer and donation-only PHCs do their marketing for them through government-compelled speech.

AB 775 would be like requiring anti-slavery abolitionists, at every speaking engagement, to hand a slaveholder's pamphlet to their listeners, explaining that, in the South, slavery is a safe, legal way to get your crops picked, and would improve the slaveholders' lives in tangible ways.

Of course, the end for the true object of both laws is neither safety nor legal protection; it is death.

AB 775 is an assault on the nature of advocacy and the right of free expression. The law requires one-way advocacy—toward the abortion clinic.

Some might argue it won't much matter: if PHOs make a good case for life, they can overcome the law's provisions. But pro-life advocacy is already difficult. There is often a boyfriend, parent, or a spouse pressuring a woman to abort.

The government, education, and secular entertainment culture make abortion appear simple and uncomplicated. It's not enough that PHCs are sometimes unsuccessful in changing the mind of a client; now the state wants to force them to collude in sending their clients to an abortionist.

To burden the free-speech advocacy of PHCs while ignoring the distortions of the abortionists regarding the nature of abortion, fetal development, and other scientific and philosophical reasons for the intrinsic value of the unborn, is unconscionable. It should not, and will not, stand.

If AB 775 clears the California State Senate and is signed into law by Governor Brown, I see litigation in its future. I imagine that Alliance Defending Freedom, the firm that successfully handled the Hobby Lobby case, is salivating to take this on. (ADF already sent a letter to Illinois legislators, who are considering a similar measure, warning them of the consequences of passing a law requiring pro-life doctors to refer for abortion in violation of their conscience.) California will lose, but the cost of the court battle will be high.

Tweet This: It's time for the #prolife movement to gear up and press for public debate.

In the meantime, PHCs may find they’d need to, at the bare minimum, warn their clients more explicitly about the consequences of calling that posted number. It's time to take the gloves off. Show clients precisely what that "safe," "legal" abortion will do to their unborn baby.

The rest of the pro-life movement had better gear up and press for public debate.

Dr. Marc Newman is president of Speaker for Life (www.speakerforlife.com), and equips pro-life advocates with communication skills. A professor for 30 years, he currently teaches in the Applied Bioethics program at Oklahoma Wesleyan University. This article originally appeared at www.speakerforlife.com.