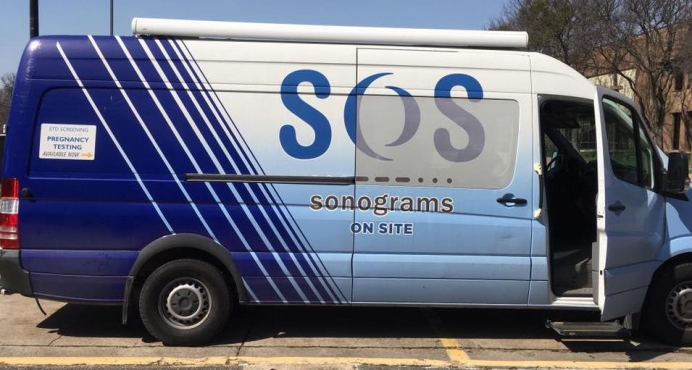 After a hiatus of more than three years, Planned Parenthood staff resumed aborting babies at its Waco, Texas, location Wednesday. But, by the time the abortion giant opened for business, a pro-life pregnancy center was ready with its mobile ultrasound unit, offering women one last chance to choose life outside the clinic.

The Waco location was one of over 20 of the state’s 40 abortion businesses to halt its practice after failing to comply with a 2013 state law that required abortionists to gain admitting privileges to a hospital within 30 miles of their facilities and make changes to allow gurneys to fit down their hallways.

Before closing due to the commonsense restrictions, Waco’s Planned Parenthood had claimed the lives of nearly 19,000 unborn babies over its 20 years in the community. The U.S. Supreme Court struck down the bulk of Texas’ state law in its 2016 Whole Woman’s Health v. Hellerstedt decision, allowing front-alley abortion mills like Planned Parenthood Waco to reopen.

Responding to the need to offer women a safe alternative to the abortion clinic, Care Net Pregnancy Center of Central Texas sent its ultrasound-equipped mobile unit to Planned Parenthood first thing in the morning Wednesday.

"Some may consider it bold, maybe offensive, certainly awkward, but it's business," Care Net's CEO Deborah McGregor said in a statement published by a local NBC affiliate. "We are going to where our customers are! We want to be there for a woman for this one last opportunity to change her mind.”

Serving women with free services since 1984, the center reached 3,500 individual women over the past year. Along with free ultrasounds, pregnancy testing and peer counseling, Care Net offers free STD/STI testing and a wide variety of parenting and post-abortion classes.

Last May, Care Net also opened a maternity home that can house as many as eight women in need of a place to stay during and after pregnancy. Named a Charity Champion by The First National Bank of Your Life in 2015, the center has two locations plus the mobile unit and the maternity home.

In 2009, Care Net established a location right across the street from Planned Parenthood, which has since relocated.

When Planned Parenthood Waco first began aborting babies in 1994, Care Net was one of the first groups to respond, helping to organize a public awareness campaign called, “It’s a Baby Waco.”

Since those early days, Care Net has been fighting an ongoing battle to reclaim the language of “choice” from the industry that offers women very little beyond abortion.

“We were determined to take the word ‘choice’ back,” former CEO Cathy Sones said in a video celebrating Care Net’s 30th anniversary in 2015. “I remember one client who was driving to the abortion clinic, and all she could hear was, ‘You do have choices.’ So she said she thought about it and she turned away from the abortion clinic and came back and she said, ‘I do have choices. I’m choosing life for my baby.’”

Now that Planned Parenthood’s Waco location is back in business, Care Net’s mission to offer women true choice will be more needed than ever.