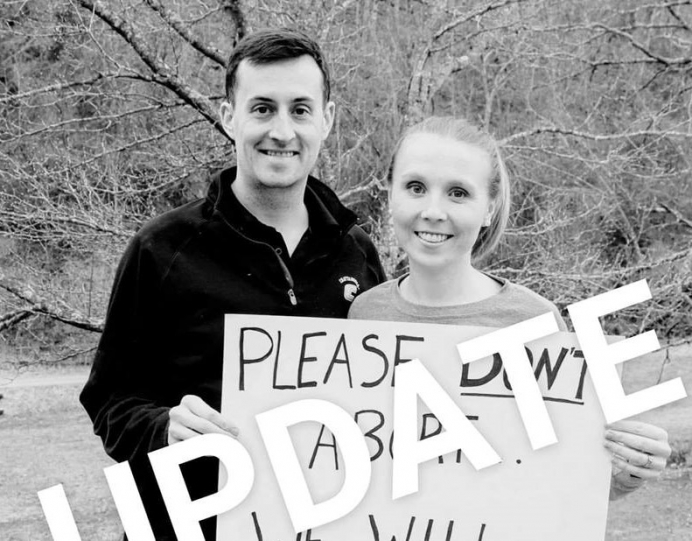 When a slew of states began pursuing appalling late-term abortion laws earlier this year, pro-lifers nationwide stepped up with life-affirming solutions to the perceived “need” for abortion.

Pregnancy help organizations with Heartbeat International  prepared to welcome more women through their doors, and individuals took to the internet to promote various resources for women facing unexpected pregnancies.

After New York enacted its abortion-til-birth law in January, one couple in Virginia posted a moving message on Facebook, which quickly went viral:

“Don't abort your baby! We will adopt! Please contact us if you'd be open to adoption as an option!”

The post, which received more than 87,000 shares, played a role in saving countless lives.

According to Fox News, the couple, Sarah and Blake Thomas, said dozens of mothers reached out to them, saying they decided to keep their babies based on their post. The couple was able to point many women to pregnancy help centers and adoption agencies for further support, as well.

Within a week of posting their message, the Thomas’s agreed to adopt a child. That fell through when—to the couple’s joy—the mother decided to keep and parent the baby.

Nine months later, the couple’s prayers are being answered as they prepare to adopt an 11-year-old boy from Bulgaria.

The couple’s call to adopt is rooted in their Christian faith.

"We believe as Christians that we are called to love and care for orphans," Sarah Thomas, the mother behind the post, told Fox News recently.

Tweet This: "We believe as Christians that we are called to love and care for orphans"

Already, the Thomas household is home to two boys, one biological son and one whom they adopted through foster care. Adding another son seemed to be God’s direction for their family.

"We recently felt God burdening our hearts for older orphans, specifically boys who statistically are the least likely to be adopted," Sarah Thomas said.

According to the Adoption Network Law Center, an estimated 140,000 children are adopted by American families each year.

The center says, “There are no national statistics on how many people are waiting to adopt, but experts estimate it is somewhere between one and two million couples. Every year there are about 1.3 million abortions. Only 4 percent of women with unwanted pregnancies place their children through adoption.”

Children in foster care have a tremendous need for the long-term stability provided by adoption.

“Of the over 400,000 children in foster care in the U.S., 114,556 cannot be returned to their families and are waiting to be adopted,” the Adoption Network Law Center says.

The center’s numbers also show that boys outnumber girls in foster care, African American children are disproportionately represented, and over half are 6 years old or older. As for international adoptions, the center says that 26 percent of U.S. adoptions are of children from other countries.

For Sarah Thomas, the anticipation of meeting her child several thousand miles away is nothing short of extraordinary.

"We're so excited to meet him and we're amazed by how God has already filled our hearts with love for this boy on the other side of the world that we've never met," she said.

Editor’s note: November is National Adoption Month, a month set aside to raise awareness about the urgent need for adoptive families for children and youth in foster care.