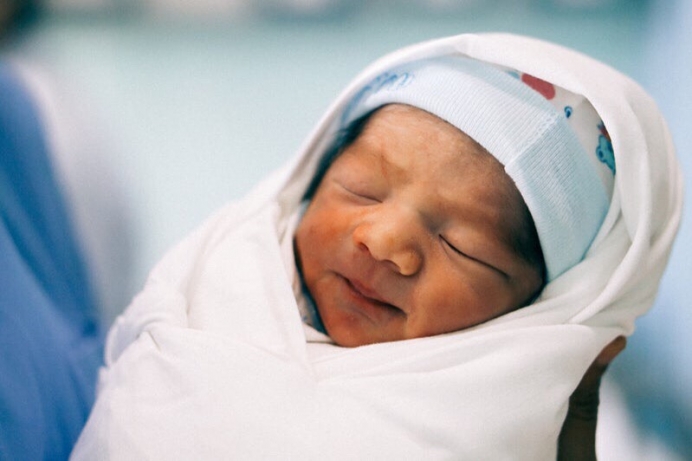 New York and the Harsh Reality of the Pro-Abortion Mindset

When New York Governor Andrew Cuomo signed the abhorrent “Reproductive Health Act” into law last week, he heralded the new mandate as the “most aggressive” abortion law in the country.

“Aggressive” is the right word.

Legalizing abortion for practically any reason up to birth, the law allows 9-month-old babies to be lethally injected in the head or heart and delivered dead days later. Frightful as that is—aggressive as that is—it is exactly how a third-trimester abortion is carried out in modern-day America.

And unfortunately, the law doesn't stop there. It even removes protections for unborn babies killed in an act of homicide.

This is what the New York Senate applauded last week. This is why the spire of the One World Trade Center was emblazoned pink.

Try as they might to defend this new law under the mantle of “choice,” this celebratory mindset is unmistakably “pro-abortion,” a label many abortion defenders shirk from because its cold truth doesn't resonate with middle America.

Although many will insist that no one is pro-abortion, the euphemism “pro-choice” won’t fly here.

Tweet This: "Although many will insist that no one is pro-abortion, the euphemism #prochoice won’t fly here."

Cuomo and abortion advocates in the state legislature forfeited that moniker long ago. Just last summer, he and his allies went so far as to malign the state’s 100-plus pro-life pregnancy help centers—life-affirming, charitable alternatives that offer women other choices than the brutality and heartbreak of abortion.

At the behest of the abortion lobby, assembly members introduced a bill targeting these centers with bogus investigations, and Cuomo launched a public awareness campaign specifically designed to undermine these centers’ life-saving efforts.

These actions are undeniably, aggressively pro-abortion, and as the news of this most recent, odious law spreads, the world is bearing witness to that truth.

Physicians are speaking out, and abortion activists are turning to their same angry, deceitful tactics to silence them.

One OB-GYN, Omar Hamada, received hysterical backlash from abortion activists after he deconstructed the supposed “necessity” of late-term abortion on social media. He even received death threats. His simple, articulate assessment of the immoral law went like this:

I want to clear something up so that there is absolutely no doubt.

I’m a Board Certified OB/GYN who has delivered over 2,500 babies.

There’s not a single fetal or maternal condition that requires third trimester abortion. Not one. Delivery, yes. Abortion, no.

There is absolutely no medical reason to kill a near term or term infant. For any reason.

Since then, his post has been shared nearly 40,000 times on Facebook and 92,000 times on Twitter. Now, the attack dogs are trying to decimate his career, posting fake reviews online, just as they’ve done to pro-life pregnancy centers across the country over the last few years.

Notice that like pro-life pregnancy centers, Hamada offered a compassionate, moral alternative to killing an innocent child: Delivery. And yet that alternative—that choice—wasn’t good enough for the pro-abortion mob.

Consider Abortion Pill Reversal, a safe and effective treatment that hundreds of women have used to stop their in-progress chemical abortions. Over 500 babies have been born thanks to this life-saving choice, but the abortion lobby has smeared it as “junk science.” Imagine that: Yet another option derided and dismissed by the self-proclaimed defenders of women’s choice.

The vilification of Dr. Hamada and other pro-life care providers shows just how extreme abortion advocates have become. They won’t even entertain a medical expert’s well-reasoned opinion if it preserves or honors life in any way.

It’s no wonder that the New York law allows non-physicians to perform abortions. With brave critics like Hamada shredding their horrid justifications for late-term abortions, the abortion lobby needs as many co-conspirators as they can get.

But even as activists hound Hamada, women themselves are speaking up. Countless pictures of courageous mothers and tiny babies have proliferated online as women tell their stories of preterm delivery and harrowing battles with maternal conditions such as cancer. These stories are stories of empowerment. Stories of hope. Stories of compassion for the smallest and weakest among us. And that’s why they’ve been shared tens of thousands of times over the last week.

As states like Rhode Island, Vermont, and New Mexico make moves to copy New York’s nightmarish new policy, stories like these and opinions like Hamada’s should remind us all of how terribly regressive this aggressively pro-abortion agenda truly is.