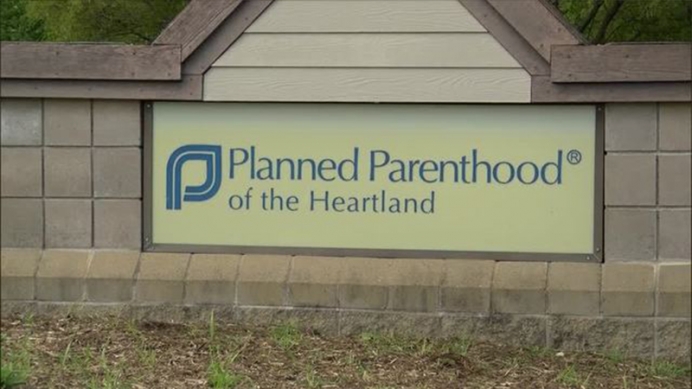 When Planned Parenthood announced the closing of not one but four locations in Iowa last year, pro-lifers across the country rejoiced.

The decision came in response to state legislation which de-funded the abortion giant of about $2 million in taxpayer funding.

The major closures presented not just a victory for pro-lifers, but an opportunity.

Though abortion advocates warned of a coming health care “crisis” after the legislation was signed, pro-life leaders argued that there were more than enough alternatives to Planned Parenthood that could step in and take their place—213 clinics statewide to be exact.

One alternative, a pro-life pregnancy center called the Women’s Choice Center, will be moving across the street into one of the closed Planned Parenthoods this month, literally taking its place.

The move has been a dream for the center for well over a decade. So when the Quad Cities abortion facility finally put the building on the market last December, the center started to pray, asking God, “Is the timing now?”

Seizing the opportunity before them, the center petitioned a straw buyer to buy the property, purchasing it well below asking price last December.

In early spring, the 8,500 square-foot property was transferred to Women’s Choice as they made their final closing.

A Dead End Opens to Life

But pro-lifers persisted, staking out a regular prayerful presence at the facility every Tuesday once it opened.

Two women in particular, Kathryn Bohn and Luana Stoltenberg, of the local Life and Family Coalition, led the effort, parking a trailer on the property across the street, and praying and fasting for three weeks.

They propped up a sign with a picture of a baby, and text that read, “Mommy, please let me live.”

After one couple, who was on their way to have an abortion, saw the sign and decided to choose life, Bohn and Stoltenberg felt God was calling them to purchase the property where their trailer was parked.

As it turned out, the property was owned by a very pro-life local businessman who agreed to sell the property to the Coalition. In 2002, a pro-life pregnancy center opened its doors.

"The Women's Choice Center was named out of that birthing because we knew as women come down this street, which happens to be a dead end—literally a dead end—they could, either turn right for death or turn left for life,” said Vicki Tyler, the center’s executive director. "Our name really signifies that women do have a choice and there are other choices besides abortion.”

Sixteen years later, the Women’s Choice Center is moving quickly to get themselves up and running in the old Planned Parenthood by mid-May.

Currently, the property is being reconstructed to fit the center’s vision of an “extended campus.”

Along with a chapel, the new building will have two major components: the pregnancy center on one side, and a "pro-life, pro-family, faith-filled family medical practice" on the other.

Tyler, who has served as executive director of Women’s Choice for the last 10 years, says the center’s vision for that side is a pro-life, pro-family, faith-based medical practice—the first-ever in the Quad Cities.

Along with OB-GYN services through 28 weeks of pregnancy, the practice will offer fertility treatment, including NaPro Technology, and mental health services, working with a retired psychiatrist to offer counseling.

"The mental health arena will be a strong emphasis as we move into our new facility,” said Tyler. “We are really focusing in on perinatal depression, postnatal depression and working with anxiety. A lot of the women that we have come in are taking an unbelievable amount of depressive and anxiety medication, [which] they can't do when they're pregnant, and so we're really working with them to try and get them into healthy behaviors that will not cause them to go back on that stuff again after they've had their baby.”

But that’s not all.

Across the street, where Women’s Choice is currently located, the center will be leasing its building to a daycare provider, offering after-school enrichment, tutoring and summer camps.

With a growing campus, Tyler’s already anticipating needing to hire more help. Last year alone, the center served 1,500 women. But since Planned Parenthood closed in December, her team has seen an increase in clients, as well as an increase in calls from abortion-minded women.

Tyler’s team estimates that in the 19 years Planned Parenthood was open, about 10,000 abortions were performed there.

With the construction of their extended campus well underway, and a mobile unit providing services in the community, Women’s Choice has even been asked to open up satellite centers out of town.

"It's really stretching our tent,” said Tyler. “It's really causing us to take a look [and ask], ‘Well, can we do the same thing we're doing here at other locations?’"

For Tyler, who will retire in June, the move into the former Planned Parenthood is quite the finale.

Tweet This: This Iowa Planned Parenthood closed in December. Now, a #prolife pregnancy center is moving in! @ktafranklin @WCC4LIFE

“I feel really blessed that God has given me opportunity to see it all come to fruition because I really believed, even when I started that this is what God really wanted and had planned and just to be a part of it and see the fruit of it is amazing,” she said.

But even as she prepares to pass the torch, she says they’re slowly considering other ways in which they can continue to grow.

“We’re just gonna allow God to show us the way and not go too fast, as we get that up and running then and see what exactly He has in mind,” she said.

To pay off their loan for the building by the end of 2018, Women's Choice Center is running an ongoing fundraising campaign called, "The Redemption Project: A Vision for Life & Families." To contribute to The Redemption Project, please visit womenschoicecenter.org/donate.