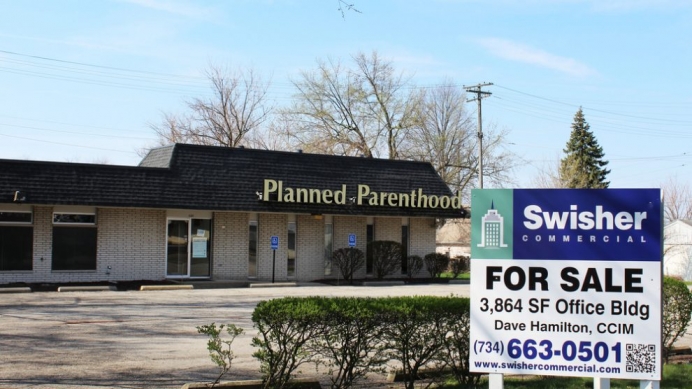 Planned Parenthood's Latest Report Tells Us: Abortion Era is on its Way Out

There has been a great deal of discussion in recent weeks concerning Planned Parenthood’s most recent Annual Report. This report, when taken in its proper context, gives us a glimpse into the decline of one the largest abortion clinics in this country.

I realize this may seem a bit far-fetched to anyone that frequents a cable news channel, but it is important that we deal in truth and look at what the numbers are telling us.

The decline seen in the abortion goliath is substantial, and deserves our notice. This organization has been around for over 100 years, but they reached their peak in 1995 when they had 935 clinics around the country as shown in American Life League’s most recent report.

It is during this time that they set the lofty goal of having 2,000 clinics by the year 2000. Thankfully, this goal was never met and this abortion business actually saw a marked decrease. Today, they have just 597 clinics open after closing another 32 in 2017.

We pro-lifers tend to be beaten down in the narrative of the day that one may find on cable, online, and printed news. We are consistently maligned by our detractors as religious or political zealots that care nothing about women’s health. These smears come daily with very little fact-checking as the abortion lobby seeks to stymie our cause.

Oftentimes, we take these beatings in silence as we seldom have the platforms afforded to the abortion lobby. These attacks, however, do not have the effect that many hope for, as they actually further our desire to see life celebrated and abortion ended. You see, our drive to serve is not based in irrational fear, anger, or budget lines.

I see this every single day at HOPE Pregnancy Resource Center, where I have the honor of serving as executive director. We do not mention the abortion lobby or Planned Parenthood in our morning meetings as we discuss the upcoming day and our patients on the schedule.

Instead, we set our minds and hearts on what the day may bring. A day frequently filled with moms in need who are often afraid and alone.

Our schedule isn’t just a list of names or customers. It is, instead, a list made up of people who deserve our love and care. The young high school student that finds herself facing a pregnancy in her teens; the young woman who’s had an abortion in her past but seeks a different outcome in her present; or the young family that finally saw the “positive” sign on their pregnancy test.

We work for them!

I am convinced that the work of pregnancy centers in our country and the model of love, service, and care that we practice on a daily basis will be the driving factor in bringing about the ultimate demise of the abortion era.

Budget lines, revenue generators, fear and hate don’t motivate our practices. No, our practices, and the pro-life movement as a whole, are motivated by love for our neighbor both in and out of the womb.

We are seeing the writing on the wall. Funds are drying up for the abortion giants, patients are seeking help elsewhere, and technology is showing that that “clump of cells” is actually a life worth saving.

I have no way knowing when we will ultimately reach the precipice and see the last abortion clinic close its doors, but I do know that we will open our doors tomorrow and the next day and every day after that at HOPE—and all over the world—as we seek to serve our neighbors.

I also know firsthand, as I saw in 2012 in my own city of Knoxville, Tenn., that when pregnancy center doors open, we often see abortion clinic doors close.