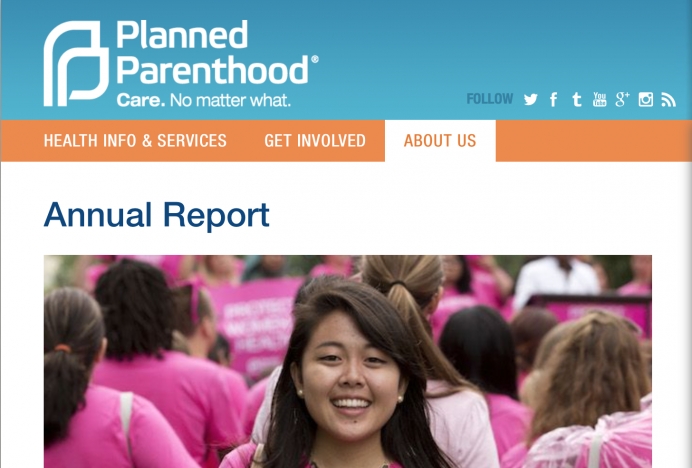 Planned Parenthood is out with its 2013-2014 (October 1-Sept. 30) Annual Report, and Pregnancy Help Organizations will likely be perusing the many numbers released from the offices of the abortion giant.

The most salient number perhaps, is that abortions are slightly up from the previous year, from 327,166 in 2012-2013 to 327,653 this year. This does not necessarily mean an increase in the U.S. abortion rate, but it may show Planned Parenthood’s strength in beating its competition for the abortion dollar.

PHOs in the United States will also be pointing constituents and friends to Planned Parenthood’s government funding, listed as $528.4 million; a whopping 41% of PP’s total revenue of more than $1.3 billion.

One number that should encourage PHOs however, is that Planned Parenthood’s private funding is listed at $391.8 million, which, if government funding for PP one day disappears, would likely close most affiliate offices, and perhaps shut down PP altogether.

In addition, PHOs can take heart in the fact that while there is no national database of combined PHO revenue, financial support for PHOs is likely over $600 million, and could be reaching toward $1 billion. While Planned Parenthood claims to have widespread support, actual dollars given dispute this claim.

Several fact sheets are available for PHOs to peruse. Among those providing snapshot information are The Susan B. Anthony List, Life News, and Life Site News.