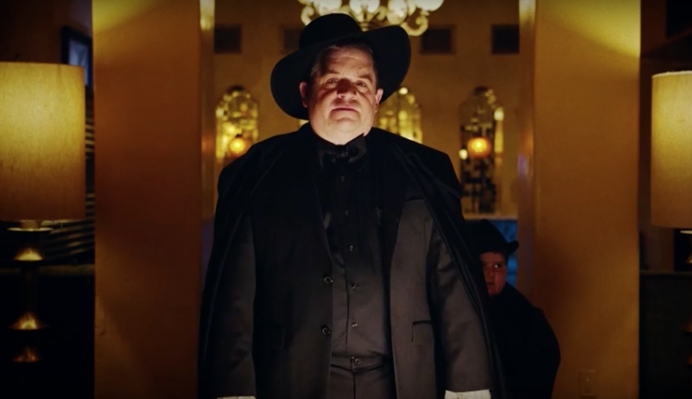 In one of the more memorable moments of its brilliant nine-year run, a Seinfeld episode depicted Jerry’s dentist, Dr. Whatley, converting to Judaism just so he could tell Jewish jokes to his patients with impunity.

After unsuccessfully calling out the shell game face-to-face, Jerry goes to Dr. Whatley’s priest to try and get him involved. Nodding solemnly, the priest asks, “And this offends you as a Jewish person?”

Such is the case with a video segment featuring comedian Patton Oswalt that aired Monday night on Full Frontal with Samantha Bee, an otherwise unremarkable TBS show dedicated to mock news programming—distinct in theory from the mainstream media’s presentation of the truth.

Slamming pro-life pregnancy centers as “the ultimate hustle” and an elaborate “illusion” run by “con artists,” Oswalt portrayed a magician throughout the seven-minute sketch, which included laugh-track enabled clips of Bee acting as a hyper-religious numbskull running a pregnancy center spliced, with a sit-down interview with the head of the National Abortion Federation.

It’s not so much that Oswalt’s schtick was morbid, dishonest and mean-spirited that makes the profanity-ridden segment of raw sewage remarkable. No, in spite of all its overwhelmingly offensive characteristics, it’s really the lack of any discernible comedy that stands out the most.

As we’ve noted before, not even comedy itself is immune from the bloody altar of abortion’s sacrificial system.

Consider, for example, Oswalt’s jingle as he hides a fetal model—which accurately depicts a baby’s in utero development—under one of three cups: “Eeny, meeny, miny, moe. Find the fetus, here we go.” Pulling up one of the cups to reveal a fully dressed, several-month old baby, the laugh track responds with glee as the baby calls out, “Momma!"

Also fitting the bill as outright stomach-churning, Oswalt and Bee mock pregnancy centers’ common practice of informing clients of the health risks associated with abortion—including the much-derided, yet abundantly proven “Abortion-Breast Cancer” link—by creating a Looney Tunes-style cartoon with Oswalt getting blown up by a giant missile with “Planned Parenthood” emblazoned across its casing.

With a hole blown through him and the characteristic cartoon lump growing on top of his head, something falls out of Oswald’s body. It’s—you guessed it—a baby.

Shockingly, tasteless displays like these are just the tip of the iceberg for Bee and Oswalt’s vile hit piece. By far the worst, most tragic portion of the video is its interview with a woman, Charisse Scott, which they identify as a “Crisis Pregnancy Center Mark.”

Recounting her visit to a pregnancy center, which she points out was the primary factor in choosing life for her son, Ms. Scott declares her son deserved better than to be born into a situation where his mother was struggling to make ends meet.

Ms. Scott then said she wished she had made a different decision.

“I love my son, absolutely, but I’ll be very honest with you, if I could do this all over again, I would have an abortion.”

Following that heartbreaking statement, Oswalt wraps up the segment with a bumbling, rage-filled denunciation of pregnancy centers that, “hide behind the fig leaf of the First Amendment.”

With nothing but naked slander to offer, it’s no small irony that Oswalt accuses pregnancy centers of hiding behind the First Amendment—as if the Constitution’s guaranteed rights to free speech and free religious exercise are mere footnotes in American life.

After all, it’s the right to free speech that allows Patton Oswalt and Samantha Bee to churn out on-air garbage.

Pity the Framers didn’t envision a protection against bad comedy.