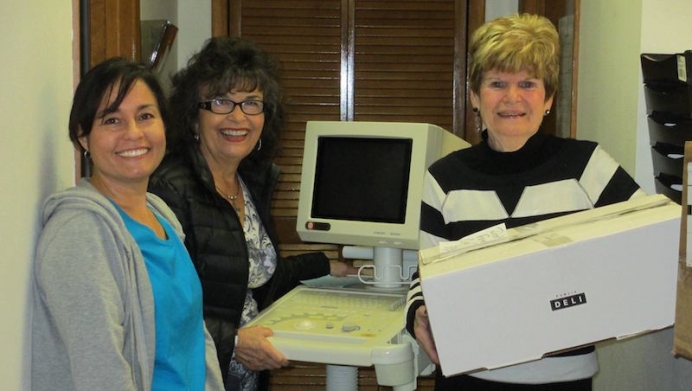 Following her husband’s retirement from the medical field in December, Mary Rutherford is passing the torch of a Lakeland, Fla., pregnancy help organization she has headed for the past 14 years.

The Rutherfords’ joint-retirement comes after 18 years of involvement at Options for Women, which has named Marilyn Paul as the organization’s new executive director

Mary Rutherford began volunteering her time with the organization when it opened as Pregnancy Help Center of Lakeland in 1998. Four years later, she was hired as the executive director, where she would guide the upstart through various seasons of growth leading up to the present day.

The first of those changes came in 2004, when the organization applied to Focus on the Family for a grant that would add ultrasound to the center’s suite of free services.

Adding ultrasound meant tabbing a volunteer medical director to read the scans and oversee the medical services. That’s when Mary’s husband, Dr. Richard Rutherford, joined in an official capacity, making Pregnancy Help Center of Lakeland one of the first recipients of a Focus on the Family “Option Ultrasound” grant.

The next change came in 2007, when she implemented an optimization tool developed by Rochester, New York-based CompassCare to their center’s medical and client services departments.

“We were provided advertising tools, such as newspaper and radio ads, that were based on their research,” Rutherford said. “It was a huge advance for our center and gave us the organization and structure we needed to move forward."

Working as a medical clinic and now having strengthened client practices and procedures, Rutherford felt like they were able to fully provide the quality of care their clients needed and deserved.

"Our reach for abortion-minded women has increased dramatically over the years and we are witnessing the difference we are making in their lives,” Rutherford said, pointing out that 87 percent of last year’s clients were at risk for abortion, with 72 percent of those clients choosing life for their babies. “Having a collaborative communication and follow-up team is key for PHCs.”

Part of that follow-up process, Rutherford said, includes a simple phone call that has resulted in a strong response even from women who seemed at first to consider abortion as their leading option.

With changes like those and now the change in leadership, one thing hasn’t changed for the center over the years—making sure each client is comfortable and free from judgment.

"We have always wanted to make sure that women coming in are allowed to share their story,” Rutherford said, “We hope to bring to light the support system in her life too, and help establish a plan of action. We make sure she has all the information necessary to help when she walks out our doors."

As a trusted resource in the community, the organization continued to grow, adding a doppler ultrasound machine with the help of the Knights of Columbus in 2013 and opening up a second location in early 2015 in partnership with the Dream Center of Lakeland.

Paul, Rutherford’s replacement as executive director, has been involved in the political arena for several years, working on campaigns for conservative candidates, including Jeb and George W. Bush.

Paul also brings in a wealth of connections to elected officials and business owners.

“I am confident in the abilities of Marilyn and believe her passion, drive and fresh perspective will take Options for Women in a continually progressive path,” Rutherford said. “I believe they are in good hands."