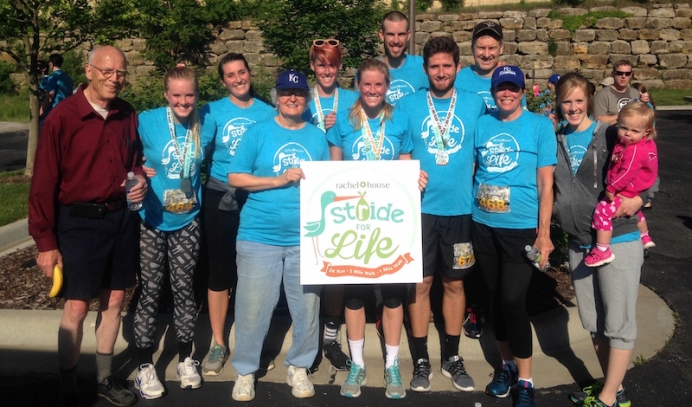 When it found it was losing its executive director and a major private fundraising stream within a span of just a few weeks early in 2016, it looked like bad news for The Women’s Clinic of Kansas City and area women facing unexpected pregnancies.

Thanks to the collaborative efforts of The Women’s Clinic and Rachel House Pregnancy Resource Centers, however, area women and families may be in a better position now than ever before, as the two community funded pregnancy help organizations have joined forces.

With each organization providing free pregnancy tests, ultrasounds, pregnancy and fetal development education, early access to healthcare and referrals to other life-affirming resources in the community, the consolidation is turning out to be a natural fit.

With the new partnership between the centers, there are now five Rachel House locations across the Kansas City metropolitan area. As separate organizations, The Women’s Clinic saw about 1,000 clients each year and Rachel House served about 1,500.

That number has already begun to rise.

“With Rachel House and The Women’s Center combined, we will see around 3,000 girls for pregnancy tests,” Carry Dooley, vice president of advancement, said. “But once we get going full steam by 2017, that number should increase.”

This year alone, the newly joined centers will empower 1,200 mothers to save their children from abortion.

Central to the life-affirming effort, Rachel House offers women a no-cost opportunity to bond with their preborn child via ultrasound. Edwards refers to the ultrasound as the, “baby auditioning for its life.”

Tweet This: #prolife centers in #KansasCity will see 3K clients this year, with the #'s going up.

“I can honestly tell you that every day, maybe at one center or maybe at all centers, we see girls who think that abortion is their only option,” Edwards said. “They just can’t picture what they’re going to do. Because they sit and talk with us and see their baby on the ultrasound, they often recognize that that’s not a blob of tissue. That there’s a heartbeat, sometimes arms and legs are moving. They easily identify that that’s a child.”

That moment of realization and bonding, accompanied by the confidence that the staff at Rachel House is there to walk with them through their pregnancy and the birth of their child, has led to 80 percent of Rachel House’s abortion-minded clients changing their minds and choosing life.

“Our goal is to reach women who are at risk for abortion, facilitating a choice for life, walking with them through that pregnancy decision,” Edwards said. “We have a Christian ministry that helps them understand their own relationship with God and what that looks like for them going forward in the future.”

Now that the two life-saving efforts have teamed up, the possibility of greater funding and expanded services are becoming clearer in the minds of Rachel House’s leadership.

“We are funded by the private sector, so we don’t get any government or federal funding,” Edwards said. “We’re not only seeing our board and staff come together, but the community that donates to our cause is getting larger. As one organization, we’re able to do things with more efficiency and more cost-efficiency than when we were two separate organizations. It makes us a louder voice, everybody coming together under one name with one purpose.”

Rachel House hosts a number of fundraisers each year, including an annual gala, a walk, and a golf tournament. They are always seeking more support from the community, and consider themselves blessed to have many local politicians stand in support of their pro-life work.

“To anyone who is thinking of donating, I would say to find something that you can do,” Edwards said. “Even $25 a month makes all the difference. You don’t have to have a ton of money. Most pregnancy centers are desperate for volunteers and prayer warriors.”