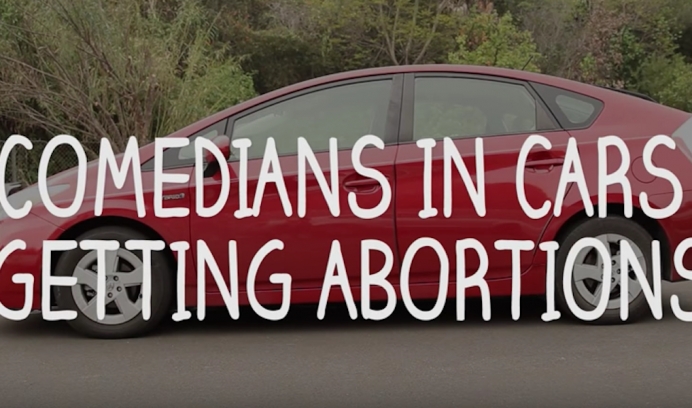 On NARAL's Coffee and a 5-Year-Old's Lemonade Stand

Last week marked a full year since the Center for Medical Progress released its first of 13 (and counting) videos exposing the abortion industry’s grisly trafficking in the body parts of aborted babies.

As if to commemorate the one-year milestone, the nation’s leading abortion fan club released a video of its own last week that does more to unmask abortion than David Daleiden could ever dream.

Ending with the mindless assertion, “It shouldn’t be this hard to get an abortion,” the video is so thoroughly fact-free that it would be doing too much a service to NARAL to dignify this piece of filth with any sort of serious engagement.

Enough Evidence for an Indictment

The main question in my mind, after watching 6:33 worth of this cringe-worthy production is, how does NARAL plan to work out its own indictment. That sort of thing is a mandatory consequence for anyone who tells us unpleasant things about abortion, as Daleiden can testify.

Without going into too much detail, NARAL openly affirms an entire quiver full of pro-life arrows throughout the flick, most notably a nod to the “S.L.E.D.” argument made famous by Life Training Institute founder Scott Klusendorf.

The only differences between an unborn child and a born child, says Klusendorf boil down to size (big vs. small), level of development (toddler vs. teenager), environment (womb vs. hospital room), and degree of dependency (newborn vs. first-grader).

In NARAL’s “Comedians in Cars Getting Abortions,” we not only find the abortion provider showing pictures of a baby 15 weeks in utero (note the use of the word “baby”), but of a 10-year-old boy at 536 weeks.

Uh, your check is in the mail, Mr. Klusendorf?

The Surprising Elasticity of Personhood

Actually, the show’s protagonist may be on board with killing her 10-year-old out of sheer convenience. As she gets into the car and is persuaded by a man into spilling the beans about her abortion—a hat tip to the 64 percent of aborting women who are pressured into doing so—the play-acting comic notices a child outside the car, slapping his dad in the face.

“Yeah, we don’t need more of those. That’s the other thing,” she says, pointing the way toward the abortion clinic.

In case you’re interested, here’s what she says is main reason she wants an abortion:

“I want an abortion because my body is doing a thing right now that is not incubating a person, and I would like it to continue doing that thing. It’s my choice, okay?”

Strange to hear words like “baby” and “person” in reference to what we so often hear described as “fetus” or “blob of tissue” by Big Abortion, no? Evidently, “choice” has enough elasticity to cover that kind of incongruity.

A 5-Year-Old Lemonade Seller Who Gets It

Sadie’s in the news locally because of a little lemonade stand her great-grandfather built for her to make some cash on the Fourth of July. As this little girl geared up for her first commercial enterprise, her parents asked her what she wanted to do with the money.

Her answer? Let’s give the money to Pregnancy Resource Center of Walton. Sadie’s aunt works there, and she couldn’t think of any better way to spend the $100-plus she bankrolled than to put it toward saving babies.

Here’s a little girl who gets it. She’s not likely to have ever heard mention of NARAL, Planned Parenthood, Whole Woman’s Health v. Hellerstedt or Roe v. Wade. In that sense, I envy her just a bit. But make no mistake, she gets it.

In Sadie’s world, a “baby” is a “person,” and it’s a no-brainer that every baby is precious and well worth a day selling lemonade out under the July sun.

To Sadie, “choice” is pink versus yellow, and if she’s anything like my 5-year-old daughter, I’ll hazard a guess on which she’d recommend.

That’s one essential point where NARAL is dead wrong. We do, in fact, need more of those.

Tweet This: #NARAL video does more to expose #abortion than @DavidDaleiden ever could.