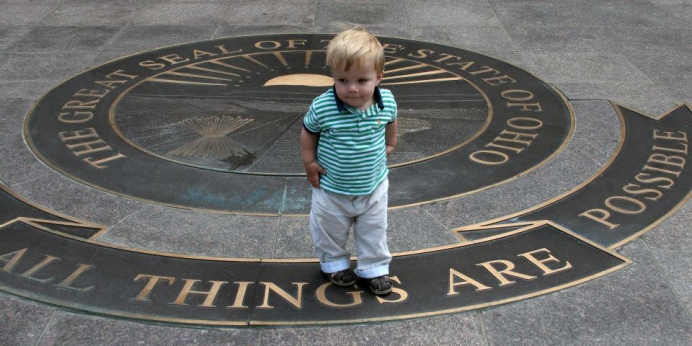 Ohio state Senator Kenny Yuko (D-Richmond Heights) is outraged at the prospect that Planned Parenthood could be stripped of its funding in his state.

Lamenting that Senate Bill 214 “targets young people” and “people whose lives have been shattered at one time or another,” Sen. Yuko pointed to the state’s flagging infant mortality rate as a reason to continue funding the abortion giant Wednesday in Columbus.

“Where does Ohio stand in our great nation—the greatest nation in the entire universe? We’re number 50 in infant mortality prevention,” Sen. Yuko, whose 2014 election campaign was endorsed by Planned Parenthood and NARAL Pro-Choice Ohio, said. “I would hope that we would do everything in our power to make sure that every infant has the best chance in life.”

The good news for Sen. Yuko, as the bill heads to the state’s House of Representatives following its 23-10 approval in the state Senate, is the state’s 138 pregnancy help locations could be uniquely positioned to help lower the infant mortality rate in a state where 7.7 out of every 1,000 babies die before their first birthday, far above the national ratio of 6.2.

Julie Moore, director of operations for Pregnancy Decision Health Centers, which operates seven pregnancy help centers and medical clinics in central Ohio, says it's time for the state to redirect funding from the nation’s largest abortion provider and put it in the hands of community-based nonprofits.

Moore was on hand Wednesday to testify in favor of the bill before the Government Oversight and Reform Committee prior to its adoption on the state Senate floor.

“There are many service providers—federally qualified health centers, hospitals, women’s centers—that can provide a fuller scope of care than a Planned Parenthood and other abortion providers, without the conflict of conscience for taxpayers,” Moore said.

Under Ohio state law, “nontherapeutic abortion” refers to any abortion not related to the so-called “exceptional” cases such as when the life of a mother would be endangered, or if the preborn child was conceived because of rape or incest.

Sen. Yoko was incredulous that Planned Parenthood’s defunding in Ohio was linked to its identity as an abortion provider, as well as its widely publicized for-profit trafficking in body parts harvested from aborted babies made public this summer by the Center for Medical Progress.

“Somehow, every time you hear the word, ‘Planned Parenthood,’ you get these reports of body parts being sold and abortions,” Sen. Yoko said on the state Senate floor. “But what did we hear about today? We heard about cancer screenings, we heard about birth control, HIV testing, infant mortality prevention.”

More funding would also become available for parenting classes and educational programs like those offered by Pregnancy Decision Health Centers. In April, Ohio also launched the Pregnancy and Parenting Support Program, a line adopted in the state budget that directs funds to local pregnancy help organizations to pay for parenting classes and material assistance for disadvantaged families.

“We serve women who are at risk, not only for abortion, but who are also at risk for poor outcomes,” Moore said. “Infant mortality after birth is certainly one of those outcomes, and we want to do all that we can to avoid those negative outcomes for our patients. We train to do our best to equip our nurses and our volunteers to combat those issues.”

“We want to get people in for early care, and certainly being able to offer an ultrasound early is a great advantage,” Moore said.

Last year, 73 percent of the clients PDHC served at no charge reported an annual income of less than $15,000. Seventy-nine percent of PDHC clients were single, a majority (60 percent) were non-Caucasian and 50 percent were under the age of 25.

One client who recently visited a PDHC location for a free ultrasound was immediately referred for treatment of a rare form of uterine cancer after her scan showed signs of the malignancy, Moore said.

All of PDHC’s staff nurses have participated in Ohio’s Infant Mortality Summit and “are poised to promote healthy pregnancy,” Moore said in her testimony.

“Our nurses educate pregnant women on the benefits of a healthy diet, the risks of smoking and substance abuse, and are equipped to help women gain access to early and essential prenatal care,” Moore said. “[O]ur mentoring  program covers a wide range of topics, including breastfeeding and safe sleep. All of these efforts enable us to play a vital role in reducing the state’s infant mortality rate.”

“For an abortion provider to receive funding to prevent infant mortality is absurd,” Moore said.