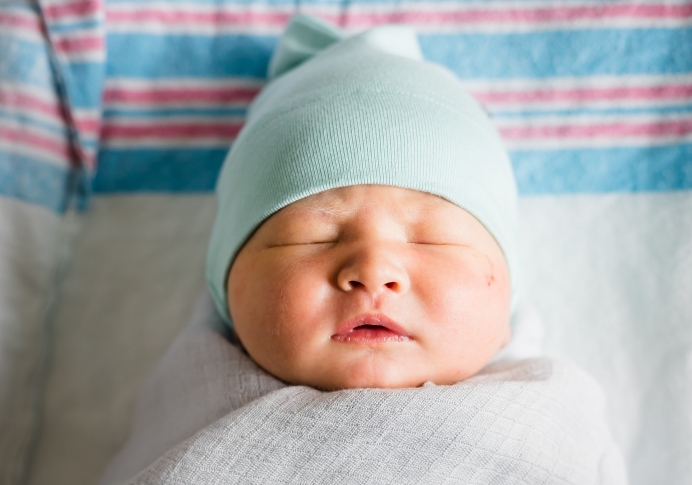 (Catholic News Agency) Two Democratic lawmakers in Ohio have introduced legislation that would prohibit the state from requiring doctors to provide patients with information that is not recognized by expert medical associations or supported through peer-reviewed research.

The bill challenges another piece of proposed legislation in the state, which would require physicians to inform patients seeking a medication abortion about the possibility of an abortion reversal. Supporters of the abortion reversal protocol argue that initial research indicates it increases the survival rate of a baby after the first part of a two-pill medical abortion regimen has been administered, without risk of harm to the mother or baby.

On Nov. 12, State Reps. Beth Liston (D-Dublin) and Allison Russo (D-Upper Arlington) introduced a bill that would prevent the state from requiring doctors to give patients information that they deem to be lacking evidence-based support, peer-reviewed research, or backing from medical organizations, as well as information they consider inappropriate for the patient’s circumstances.

“Government shouldn’t force healthcare providers to lie to their patients,” Liston said. “People should be able to trust their doctors and nurses to give them accurate and complete information.”

Earlier this month, the Ohio senate passed a bill that would require doctors administering medication abortions to inform women about the option to pursue an abortion reversal if they changed their minds.

Liston criticized that legislation in May, saying it was based on inaccurate medical information and “an extreme ideology.”

“Abortion pill reversal is not true medicine,” Liston said at the time. “This is legislation that interferes with standard practice and inappropriately puts politicians between doctors and patients.”

Other states - including Arkansas, Idaho, Kentucky, South Dakota, Oklahoma, Nebraska and Utah - have passed laws requiring that patients undergoing medication abortions receive information about the possibility of a reversal. These laws have frequently been met with legal challenges.

Medication abortions have become an increasingly common method of abortion in the United States, making up 30-40% of all abortions.

Medical abortions involve the taking of two pills - the first pill, mifepristone (RU-486) blocks the progesterone hormone, which is essential for maintaining the health of the baby. The second pill, misoprostol, is taken 24 hours after mifepristone and works to induce contractions in order to expel the baby.

Some women, after taking the first pill (mifepristone), experience regret and do not want to follow through with the abortion by taking misoprostol.

The abortion reversal protocol, administered after the mifepristone is taken, floods a woman’s system with more progesterone, in the hopes of overriding the progesterone-blocking effects of the drug she has in her system.

A study published in April 2018 in Issues in Law and Medicine, a peer-reviewed medical journal, examined 261 successful abortion pill reversals, and showed that the reversal success rates were 68% with a high-dose oral progesterone protocol and 64% with an injected progesterone protocol.

Both procedures significantly improved the 25% fetal survival rate if no treatment is offered and a woman simply declines the second pill of a medical abortion. The case study also showed that the progesterone treatments caused no increased risk of birth defects or preterm births.

The study was authored by Dr. Mary Davenport and Dr. George Delgado, who have been studying the abortion pill reversal procedures since 2009. Delgado also sits on the board of the American Association of Pro-Life Obstetricians and Gynecologists.

Delgado told the Washington Post that he thinks more research should be done on abortion pill reversal, but that he believes there should be nothing to stop doctors from using the progesterone protocol in the meantime.

“(T)he science is good enough that, since we have no alternative therapy and we know it's safe, we should go with it,” he said.

Tweet This: ”The science is good enough that, since we have no alternative therapy and we know it's safe, we should go with it.”

Advocates of the abortion reversal protocol stress that progesterone is a naturally occurring hormone in pregnant women that has been used for decades to treat women at risk of miscarriage.

Nurse practitioner Dede Chism, co-founder and executive director of Bella Natural Women’s Care in Englewood, Colo., stressed that hundreds of successful abortion pill reversals that have been documented in the U.S., without evidence of risk to the mom or baby.

Chism told CNA last year that it is common practice in medicine to share information about protocols that have yet to undergo even more rigorous prospective studies, if they have been shown to be safe and effective in case studies.

“We’re not causing harm, and even if the possibility of saving a baby is small, even if the population who desires it is small, is it not worth it to recognize it?” she said. “Isn’t it beautiful that there could be a possibility that just maybe could change and help you out when you’ve made a decision that you’ve regretted?”

“To be able to tell a patient that it may be possible in some circumstances to reverse an abortion pill, I think that is simply informed consent,” she added.

Editor's note: This report was originally published by Catholic News Agency, and is reprinted here with permission.