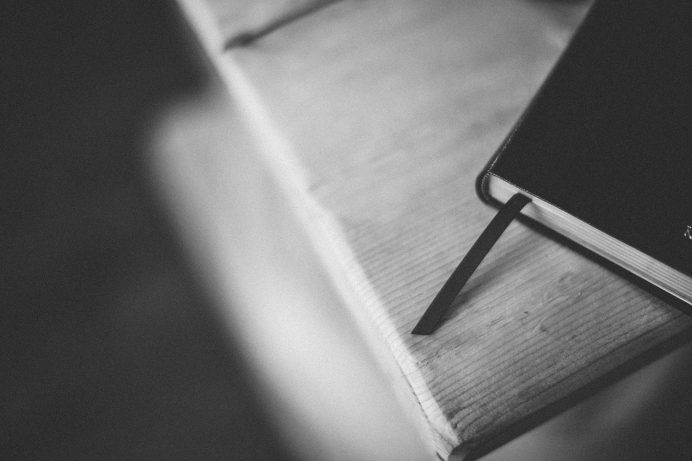 Obeying the "Law above the law"

“Mommy, what’s abortion?” the 7-year-old boy asked his mother. He had heard the term all his life, because his mother worked in the pregnancy help community.

His mom took a deep breath and explained, “Abortion is when they take a baby out of its mother’s belly before it is big enough to survive. The baby goes home to live with Jesus and the mommy can be very sad.”

Eyes wide, the boy asked, “Is that legal?”

She said yes, and that her job was to help mommies thinking about that choice, because many do not know they are carrying a fully formed baby.

Sydna Massé, president and founder of Ramah International, tells this story in Her Choice to Heal.

From time to time, Sydna’s son would ask more questions about abortion. What seemed to overwhelm him most, she remarks, is the fact that abortion is legal.

When man’s law and God’s law do not agree, the result is cognitive dissonance and moral confusion.

After all, the reason we put laws in place is to prevent people from doing wrong things, right?  So if something is illegal, it’s wrong, and if it’s legal, it’s right—isn’t it?

Not necessarily. Legal abortion is a good example of a law which man has established, but which conflicts with God’s righteous commands.

Scripture makes at least three things abundantly clear: God is the creator of all life, children are always a blessing and God forbids the taking of innocent human life.

In Jeremiah 7:31, God addresses the sin of child sacrifice through the prophet:

“And they have built the high places of Topheth, which is in the Valley of the Son of Hinnom, to burn their sons and their daughters in the fire, which I did not command, nor did it come into my mind.”

Although God is omniscient, He poetically reveals His reaction to child-killing here: it never even occurred to Him that we would stoop to such heinous evil (let alone legalize it).

As I’ve written elsewhere, “As Christians, we must understand that abortion is never right in the eyes of a holy God. It is always a violent, unjust, evil deed committed against an innocent, helpless human being.”

Keeping in mind that our children have never known a world without legal abortion, here’s what they learn when we instill in them a strong prolife ethic: Christians obey a Law above the law. That is to say, Christians uphold and submit to the law of the land unless that law violates God’s commands.

We understand that obedience is not optional; it is God’s love language.

At his recent retirement ceremony concluding 37 years of service in the United States Air Force, my brother, Lieutenant Colonel Wil Link, offered these words to the members of his wing:

“What makes the Constitution worthy of “the last full measure of devotion”, as Lincoln put it? It’s not simply that it’s ours. Not at all! It’s because the Constitution, “conceived in liberty and dedicated to the proposition that all men are created equal” is in and of itself worthy of defending.

And that’s because—and I really want this fact to stick with you—because it’s based on an absolute, universal, irrevocable and transcendent truth, derived from The Law above the law—The Law far higher than the law of man. Jefferson stated it perfectly: “All men are created equal, and are endowed by their Creator with certain unalienable rights”.

They are unalienable because they are not given by men, but by God. Men and women of the 349th, you are defenders of a constitution built on the granite bedrock of universal and unchangeable truth.”

That granite bedrock of truth is the Word of God.

In Acts 5, Peter and the other apostles are put in prison for preaching the gospel. An angel releases them in the night so they can return to the temple courts to continue preaching. They are brought in again to appear before the Sanhedrin.

“And the high priest questioned them, saying, ‘We strictly charged you not to teach in this name, yet here you have filled Jerusalem with your teaching, and you intend to bring this man's blood upon us.’  But Peter and the apostles answered, ‘We must obey God rather than men.’ ” – Acts 5:27-29

If it weren’t for Gamaliel, who spoke some sense into the mob, Peter and the others would have been put to death right then. They had just spent the night in prison. They knew what was at stake. Yet they responded the way Christians always should:

“We must obey God rather than men.”

Tweet This: Our rights are unalienable because they aren't given by men, but by God. @SusanneMaynes #prolife

This is a critical attitude at a critical time in history. As more laws are put into place which conflict with God’s commands—including those that would force pro-lifers to shill for abortion or taxpayers to fund it against their will—our children must understand the difference between “legal” and “moral” with greater clarity than ever.

Christians do not compromise the truth as they demonstrate compassion—because Christians obey the Law above the law.