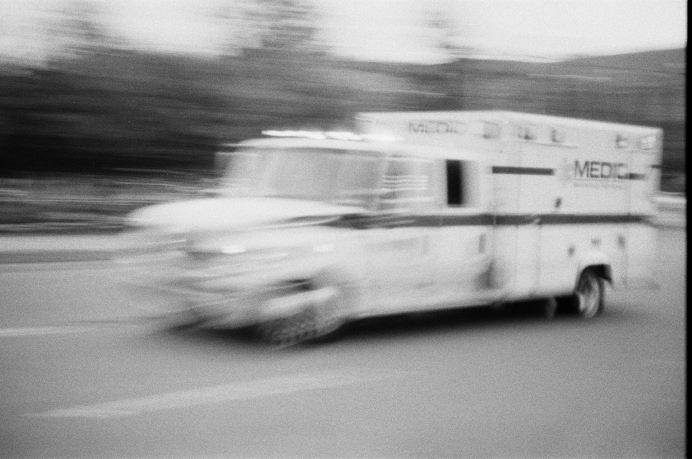 OB/GYN shows abortion ‘safety’ is a myth, and women deserve to know the truth

(Live Action News) Last weekend, the American Association of Pro-Life Obstetricians and Gynecologists (AAPLOG) held its annual educational conference featuring notable speakers like Dr. George Delgado (who pioneered the progesterone abortion pill reversal protocol), as well as Dr. Anthony Levatino, a former abortion provider (who can be seen explaining abortion procedures in Live Action’s Abortion Procedures series). AAPLOG’s work includes shedding light on “the limitations present in the American College of Obstetricians and Gynecologists’ various position statements and policy recommendations as well as in some of the medical research” due to the group’s pro-abortion bias. AAPLOG also helps to expose the way that pro-abortion bias in the medical community impacts the information that is provided to the public on the dangers and complications of abortion.

At the AAPLOG conference, board member Dr. Ingrid Skop, an OB/GYN in private practice as well as an associate fellow at the Charlotte Lozier Institute, gave a talk entitled “Abortion Safety: At Home and Abroad” based on an article by the same name published in the professional journal Issues in Law and Medicine in 2019. According to the AAPLOG website, Skop’s objectives were to help listeners “describe the limitations in data collection on abortion complications, understand the ways in which abortion may cause injury, (and) defend abortion limitations as beneficial for women.”

Reporting abortion complications in the United States is largely voluntary

Succinctly, Dr. Skop noted, “The total number of legal abortions in the U.S., and their resulting complications and deaths, are not accurately known” because the reporting of abortion rates to the Centers for Disease Control and Prevention (CDC) by state health departments is voluntary, and multiple states, including California — which represents a large number of total abortions in the country — do not and have not reported their numbers for over a decade.

Tweet This: “The total number of legal abortions in the U.S., and their resulting complications and deaths, are not accurately known”

The pro-abortion Guttmacher Institute’s reports are generally considered more reliable, and its estimates are regularly nearly 33% higher than the CDC’s. Additionally, while roughly half of U.S. states require that abortion providers report abortion complications to the CDC, enforcing penalties for failure to report them is rare if not nonexistent. What’s more, just one quarter of U.S. states require emergency room physicians, coroners, or other doctors who may encounter abortion-related deaths to report them. And for a variety of reasons, even though an abortion may be the trigger to a cascade of events that cause a woman’s death, often it is not listed as the cause on the death certificate, making the true numbers even harder to track.

Is abortion safer than childbirth?

Certainly we know that abortion is never safer than delivery for the child, but what about the mother?

Dr. Skop addressed the common myth that abortions were far more dangerous when they were illegal before 1973. Actual analysis of factual data suggests that abortion was already becoming safer in the U.S. long before Roe v. Wade because of “advances in medicine such as instrument sterilization, antibiotic use, improved anesthesia, and modern surgical techniques.” She summarized, “Prior to legalization, [abortion] was not as unsafe as most assumed, and since legalization, it is not as safe as frequently implied.”

Dr. Skop notes that even though the abortion pill has four times the amount of abortion complications according to a practice bulletin from the strongly pro-choice American College of Obstetricians and Gynecologists (ACOG), they are rapidly becoming increasingly popular because they carry lower costs and require less manpower for abortion businesses than surgical abortions. In fact, the pro-abortion Guttmacher Institute’s September 2019 fact sheet, “Induced Abortion in the United States,” suggested that 39% of abortions in 2017 were done by the abortion pill. The first of the two drugs typically given for a chemical abortion actually has a black box warning about the possibility of severe infection or uncontrolled bleeding. And yet, a 2016 review by the FDA resulted in the pill being allowed up to 10 weeks gestational age instead of seven weeks, removal of the requirement for a followup visit to make sure that the abortion was complete, and removal of the requirement to report complications unless they resulted in the woman’s death.

Skop noted that physical complications of a surgical abortion are likeliest to happen while the cervix is being dilated — the surgical instruments can pierce other organs or blood vessels on the way into the uterus, or after dilation has occurred, during “multiple, blind passages of the surgeon’s suction curette or grasping forceps.” Predictably, either of these situations can cause uncontrolled bleeding, cervical lacerations, uterine perforation, different types of infection, or damage to the bladder, bowel, and other nearby organs. The risks rise exponentially as pregnancy progresses. Dr. Skop writes, “The increased amount of fetal and placental tissue requires a greater degree of cervical dilation, the increased blood flow predisposes to hemorrhage, and the relaxed myometrium (uterine smooth muscle tissue) is more subject to mechanical perforation.” One of multiple supporting studies she cited found that “the risk of death [from abortion] increased by 38% for each week beyond 8 weeks” gestational age.

Dr. Skop’s conclusion about all of the missing information and misinformation surrounding abortion safety is straightforward. She writes, “The limitations in the data should prompt calls for improved studies and more objective estimates of complications and deaths resulting from abortion, both legal and illegal.” It’s truly unfortunate that abortion advocates can’t even agree to this commonsense suggestion in the name of safety.

Author’s Note: More information on subjects discussed at the AAPLOG conference are available here, and interested individuals can still register to receive access to the entire conference online.