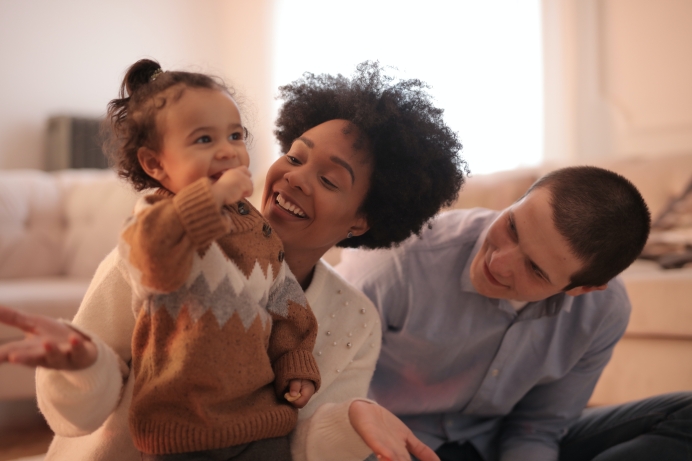 A recent CBS News segment highlighted the impact of adoption in a family’s life, illustrating the importance of this life-affirming option for pregnancy moms.

Tears came to Shawna Austin’s eyes in the clip as she recalled finding herself pregnant at age 20, and holding her newborn son, whom she named Riley.

Not long after that special moment Riley was released to his adoptive parents, Jennifer and Chris Shoebinger, who named him Stephen.

While the adoption was initially intended to be closed, the Shoebingers did not want to exclude Shawna from their family, so they compiled photos and updates of their new son for her as he grew.

When Stephen was seven-years-old Shawna came back into his life, among other things, teaching him how to fish. She has been involved ever since.

“I was blessed beyond measure,” Shawna said in the On the Road segment.

“She is part of our family,” Jennifer Shoebinger said.

“You know, you can never have too many people loving you, right?” Chris Shoebinger shared.

Now 26, Stephen has benefitted from close relationships with both his adoptive parents and his birth mother.

“I kind of got the best of both worlds for sure,” Stephen said.

Just recently, Stephen became a dad himself, and chose his birth name, Riley, for his new son.

“It just felt like that name was supposed to be in the family,” he said.

Adoption has always been a key aspect of pregnancy help and helping moms in unplanned pregnancy to choose life.

Now more than ever in a post-Roe v. Wade world it is important to make this life-affirming option available to moms in need and couples seeking to add to their family through adoption.

Tweet This: Adoption has always been a key aspect of pregnancy help, and remains so now more than ever post-Roe v. Wade

Adoption has evolved to be more open, fostering a fuller embrace of life for all involved.

Years ago, closed adoptions, where there was no contact between birth parents and adoptive parents, were far more common. Today it is more the norm for at least some contact, an occasional update or photos from the adoptive family; in other cases, regular visits.

Open adoption allows for adoptive parents to openly express their gratitude to their child’s birth mom, and sometimes dad too.

When my son Jimmy was adopted from Belarus 19 years ago, his birth mother chose to have no contact.

Every April when we celebrate his adoption day, we make a point of expressing our gratitude to her, the one who could have taken the ‘easy’ way out in her unplanned pregnancy by walking into any abortion center and ending his life, but heroically continued her pregnancy knowing she would be choosing adoptive parents.

The way we see it, placing Jimmy for adoption was an expression of how much she cared about him, being willing to place him for adoption for him to have the kind of life she wanted for him but was unable to provide. It was a selfless decision for the good of her child.

With moms in unplanned pregnancies frequently seeking assistance and support at pregnancy centers, it is there that crucial discussions about adoption with these moms must take place.

Recently at the center where I work, Women First Pregnancy Options on Long Island, we received a heartfelt letter from a prospective adoptive couple seeking a baby.

Included with the letter were photos of the couple, their two-year old, grandparents, aunts, uncles, cousins, and the family dog. The letter described the love they hope to share with a new sibling for their daughter, explaining their daily lives, Christian faith, financial stability, and willingness to share any level of open communication that the birth mother would choose.

We receive letters like this every few months, more commonly from couples who have no other children. Generally, a background check has already been done, and the couple is cleared for a legal adoption. Very often a website and 800# are set up, with questions encouraged. The offer is made to pay any expenses incurred by the birth mother.

These poignant letters keep me mindful of the importance of sharing their content and accompanying photos with young mothers who come to us at the pregnancy center.

I recently met with a 24-year-old woman who came for a pregnancy test, hoping it was negative. When she saw that it was positive, she broke down crying. After she shared her circumstances that would make raising her child extremely difficult, I raised the possibility of adoption.

Telling someone that there are many people looking to adopt a child is one thing. Being able to show them pictures of an actual couple and reading the heartfelt words they have written asking to be considered as adoptive parents is another. The potential adoptive family becomes real.

I often begin by asking if the woman knows anyone who was adopted or who has adopted a child.

For those who come to us in an unplanned pregnancy and for whom the concept of adoption is unfamiliar, it is significant to help them understand how adoption is a far better option for them, that down the road they will be so glad they rose to the occasion and made a decision that was best for everyone involved.

The birth mother often does not realize the selection of adoptive parents and whether to have contact is entirely hers.

And certainly, adoption must be expressed as not an abandonment of the baby – which of course abortion is – but of providing the best life for the child – a truly heroic decision.

Chris Schoebinger effectively articulated the power of the life-affirming choice of adoption in the CBS segment.

"I think the lesson we learned is that sometimes we create barriers where barriers don't need to be," he said. "And when we pull down those barriers, we really find love on the other side."