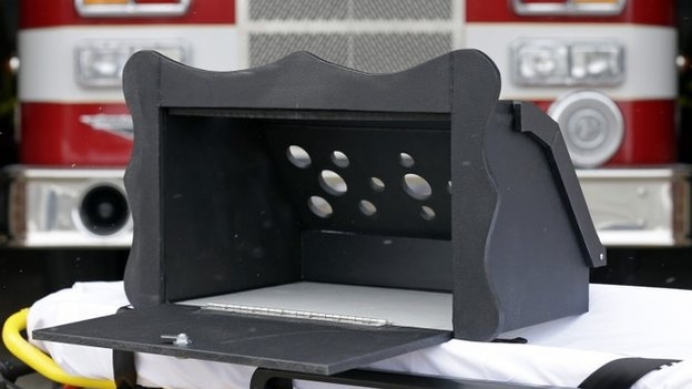 No judging eyes. No papers to sign. No questions asked. No complications?

Building off “safe haven” laws already in place nationwide, which provide women with an option of leaving their infants in the care of hospital staff, police and other caretakers without fear of prosecution, Indiana is seeking to expand options for new mothers in crisis.

And pregnancy help centers in the state will soon be faced with the question of whether or not to support a truly anonymous drop off.

First, though, Indiana’s state Senate will face the decision to take the next logical step in the anonymous surrendering of infants. So-called “baby boxes” have been in place for years in China, South Korea and the European Union, but Indiana would be the first state in the U.S. to support the baby box option.

If enacted, the state would install two-foot long, climate controlled drop boxes in and around municipal buildings and cooperating nonprofits. When babies under a month old are dropped off, a silent alarm would alert a volunteer to pick up the child and bring him or her to safety.

Tweet This: Pregnancy help organizations in #Indiana will soon be faced with whether or not to support an anonymous drop off.

Dawn Geras, president of the Save the Abandoned Babies Foundation in Chicago, pointed out in an interview with the Huffington Post that that while over 2,800 babies have been saved since Safe Haven laws took effect in 1999, the number of children who have been illegally abandoned is over 1,400 in the same timespan. The addition of baby boxes could be an extra option for women in crisis.

While Rep. Cox has defended the program as an “alternative to abandonment and abortion,” the practice of baby boxes worldwide has drawn criticism from many organizations, most notably, from the United Nations.

U.N. leaders have warned that the widespread usage of baby boxes in Europe has resulted in the abandoned children losing any knowledge of their own birth origins. Maria Herczog, a child psychologist who works with the U.N. Convention on the Rights of the Child, recently questioned the efficacy of baby boxes in an article published in The Guardian, harkening back to a time in history when child abandonment was so commonplace that convents set up similar systems.

“Just like medieval times in many countries we see people claiming that baby boxes prevent infanticide … there is no evidence for this,” Herczog said.

For pregnancy help organizations, whose focus is to save the lives of as many children as possible, the question of whether to participate will be difficult to sort out. On one hand, any alternative to abortion seems to have promise. On the other hand, could there be possibility to impact the life of a mother in crisis if she were to encounter a face and a voice in this devastating moment of her life?

Dawn Gera, a supporter of safe haven laws, believes that baby boxes, in taking away the human element, rob women in crisis of one last chance to change their minds.

“Baby boxes remove the chance for a mother to be offered medical care and supportive services,” Gera said. “About 25 percent of parents who come to a safe haven, initially planning to use the Safe Haven law, when given the opportunity to talk about options, chose to either (set up) an adoption or parenting plan.”

Should baby box legislation pass in Indiana, pregnancy help organization will have to weigh their options.

What do you think? Should a U.S. pregnancy help organization support and/or utilize a local baby box? Let us know in the comments!

Casey is a freelance writer in Seattle, whose work has been featured in Relevant, Prism, The Borgen Project and other online and print publications. His main area of focus is theology and ethics and his first book has been published under the title Trembling Love: Fear, Freedom, and the God Who is For Us (Wipf and Stock, 2013).