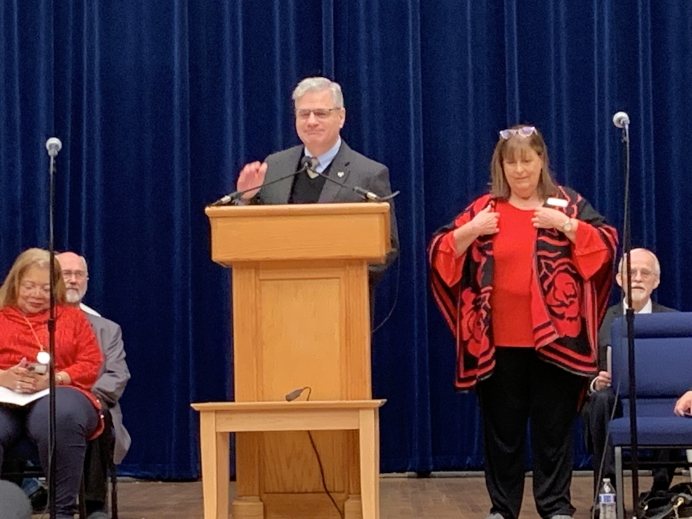 The end of Roe v. Wade via the Dobbs v. Women’s Health decision last June has brought celebration of the last 50-plus years of pregnancy help ministry, along with the need to hold the line on fighting abortion. It has also meant rabid pro-abortion pushback with which pregnancy help organizations must contend while continuing to meet the needs of women.

Against this backdrop, Priests for Life and the National Pro-Life Religious Council honored individuals and organizations who have for decades been providing women with medical care, housing, job opportunities, classes, and more. The tribute was paid at the 28th annual National Prayer Service.

The honorees were recognized for their commitment to serve the Lord and help moms and babies.

Heartbeat International Board Chair Peggy Hartshorn was among the honorees.

Considered a forerunner or "architect" of the pregnancy help movement, Hartshorn became involved in pro-life work just after the 1973 Roe v. Wade decision when and she and her husband Michael Hartshorn began housing pregnant women.

Hartshorn founded Pregnancy Decision Health Centers (PDHC) in Columbus, Ohio, in 1981. She later served as the first full-time president of Heartbeat International from 1993 until 2015. Hartshorn developed what would become Heartbeat’s premiere resource for pregnancy centers and a subsequent book, the LOVE Approach.

She has also been a college professor, speaker and author.

Hartshorn and her husband are the parents of two children and five grandchildren.

Tweet This: Peggy Hartshorn, Heartbeat International Board Chair, was honored at the National Prayer Service for her work in pregnancy help

She was unable to be present for the prayer service in Washington D.C. Accepting the award on her behalf was Heartbeat International President Jor-El Godsey.

“Peggy's been in this work since 1973 and it's a privilege to serve with her and to accept this honor on her behalf,” Godsey said.

The other honorees included:

• Denise Cocciolone, founder and president of the National Life Center.

• Thomas Glessner, founder and president of the National Institute of Family and Life Advocates.

• Joan Andrews Bell, a pioneer in pro-life activism who also is involved in Good Counsel Homes.

• International Life Services, founded by the late Sr. Paul Vandegaer, and Birthright also will be recognized. Sister Paula was co-founder of Heartbeat International.