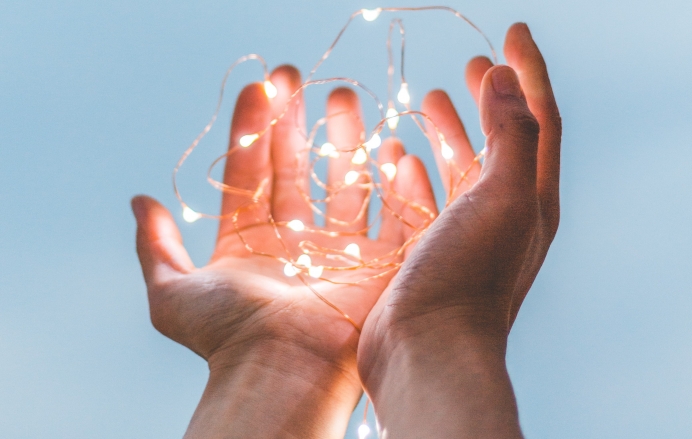 Hurricane-impacted pregnancy centers rally to assist amid the devastation

Hurricane Ida hit southern Louisiana as a Category 4 storm on Sunday, August 29, exactly 16 years after Hurricane Katrina. The community of Houma, population 32,000, sustained devastation. Hope Restored Pregnancy Resource Center, however, survived while the buildings nearby were destroyed, and the center now seeks to restore hope to the besieged community.

“The hurricane snuck up on us,” the center’s Director Maria Braud said. “We didn’t expect it to hit Houma as hard as it did. It caught us by surprise.”

While winds roared at nearly 150 mph, Braud, who has lived in the area all her life, said she was reading her Bible and praying as the storm bellowed.

“It was like nothing I’d ever experienced,” she said.

Braud received a notification from the center’s security company that the building’s front door was open. She began to envision the damage, and as she was able navigate around the area, she was certain the loss would be extensive.

“It looked like a bomb went off in our community,” she said.

When she arrived at the center, she discovered devastation to the building in which the facility was housed.

“The building was completely demolished – all the businesses around us,” Braud said. “However, our part of it was nearly untouched.”

Even with the door open, little damage took place.

“God’s hand was on the center,” she said.

The other businesses, however, sustained so much damage, the owner of the building asked them to close and leave by October 15. At first, he expected Hope Restored to do so as well.

“We didn’t know what we would do,” said Braud. “There is nothing to rent in the community. When we didn’t think we had a location, we weren’t sure we’d have a pregnancy center anymore.”

Upon touring the site and seeing only minor damage, the landlord changed his mind. Hope Restored remains at its location in Houma.

“Ours is a story of miracles,” Braud said.

The small town of Hammond, LA, population of around 20,500, is about 90 miles north of Houma. Restoration House Pregnancy Resource Center serves the community in a home built more than a century ago. Board President Coleen Enmom said Hammond was also hit hard by the hurricane, primarily with wind.

“Ida was a Category 3 when it hit us,” she said. “It was catastrophic.”

The house sustained minor damage whereas the homes of staff and volunteers were dramatically impacted, some destroyed, she said. Also, electricity and internet were out; therefore, the pregnancy center closed for several weeks.

Enmom remarked how the storm’s devastation augmented the ongoing suffering from COVID, saying, “We were double-hit.”

April Bell, director of Restoration House, said their building sustained mostly roof leaks. A large tree in the front yard remained upright whereas trees around the community collapsed, and many fell on homes and businesses.

“We were blessed,” Bell said.

Various places around Hammond and Houma remained without power into late September, and the centers did not open for several weeks. However, they reached out to help mothers in need.

“Many women came to us for assistance,” Bell said.

In the wake of the hurricane, both pregnancy centers set to work helping their communities. With many people homeless, especially in Houma, distribution centers were set up to dispense diapers, wipes, and other baby products.

“We had lines of cars,” Braud said of Houma. “We were able to give freely.”

“Our community is really hurting,” she added.

Louisiana Right to Life stepped in to assist.

“Within 48 hours of the hurricane, we set up a donation page on our website,” said Angie Thomas, associate director of the organization. “We are so proud of and thankful for our pregnancy centers. We’re happy to raise money for them and assist them however we can.”

Louisiana Right to Life conducted a supply drive, and on September 9 and 10 took truckloads of materials to three hard-hit areas: Houma, Thibodeaux, which is located northeast of Houma, and the Galliano/Golden Meadows area, south of New Orleans.

“There’s no pregnancy center there, but it was very hard hit,” Thomas said. “There’s total devastation there – you wonder how it’s still there at all.”

Help and hope for Houma, Hammond, other communities

Pregnancy centers from the northern part of the state and other areas not as greatly impacted by Ida also came alongside their sister centers and sent truckloads of supplies, Thomas said.

Those supplies are greatly appreciated and needed, Braud acknowledged.

“People, including families with babies, are living in tents,” she said. “There will be long-term needs.”

Yet, hope glimmers amid the devastation.

“Right now, it can seem a little dark (but) it’s a beautiful thing to stand in unity with our community,” said Braud. “As a community, we’re bringing beauty into the ugly. We are cleaning up and places are opening up and re-building.”

Re-opening for her center should be in early to mid-October, she added.

Help for the community will continue. Her center was provided a grant to dispense materials for Houma residents. Additionally, Louisiana Right to Life remains committed to assisting too.

“In Louisiana, we are a resilient people,” Thomas said. “As long as donations come in, the help we give these pregnancy centers and communities will be as ongoing as possible.”

Tweet This: In LA., we are a resilient people. As long as donations come in, the help we give these pregnancy centers & communities will be ongoing.

To help the centers and communities in Louisiana, visit the Louisiana Right to Life website: HERE.