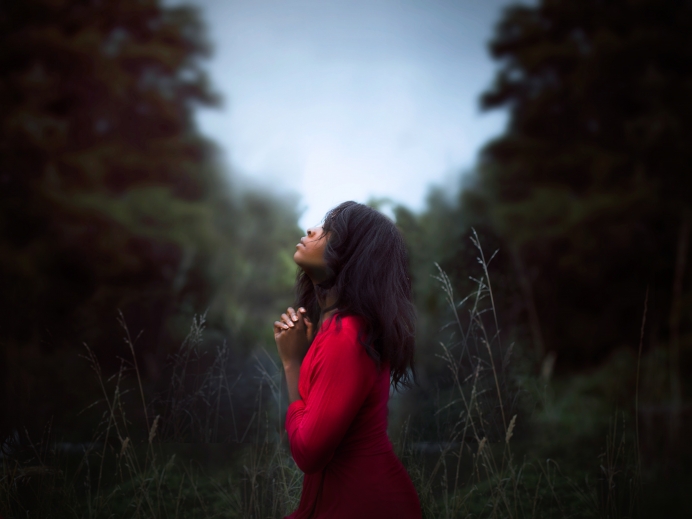 New year, new narrative--2021, it is time to change the narrative

What is true? What does love require? Will I trust God?

These are the questions which guide my life and stepping into a new year I use to reevaluate my thoughts, goals and direction.

These same questions will be the focus of a workshop I am developing and will be offered in April at the Heartbeat International Annual Conference. Titled, Essential Narratives, it will examine how narrative identity has influenced our culture.

Narrative identity theory postulates that individuals form an identity by integrating their life experiences into an internalized evolving story which gives you a sense of unity and purpose in life. In essence, it integrates your view of the past, present and future and acts to guide your thoughts, goals and direction in life.

In his book, We Will Not Be Silenced, Christian pastor, teacher and author Erwin W. Lutzer responds to the cultural assault on the church. This has resulted in many churches submitting to the culture in many areas, especially in regard to sexuality and even weakening our stance on the sanctity of life. The cultural narrative has had a devastating effect.

As he writes about the pressure for the church to be more inclusive Lutzer stated, "There are widespread efforts to make the narrow door wider and to even affirm the salvation of well-meaning people of other religions. So-called progressive Christians advance their causes under the banner of love and compassion. In the process, the hard truths of Christianity are either redefined or ignored."

Carl Lentz, now former pastor from NYC, is one of the more visible examples who has garnered mainstream media attention. Lentz was a guest in 2017 on The View television talk show.

Host Joy Behar asked Lentz specifically about abortion and if it is sinful. Lentz stated, "That's the kind of conversation we would have finding out your story, where you're from, what you believe. I mean, God's the judge."

When pressed further on the issue, Lentz responded, "Before I start picking and choosing what I think is sin in your life, I'd like to know your name."

He already did know Behar's name, so why couldn't he provide a Biblical answer to her direct question? Does he have to know someone's name and personal beliefs before he can decide that murder, stealing or lying is a sin?

I would suggest he try out the first three questions we started with here.

Last week the state of Ohio passed into law Senate Bill 27 which requires fetal remains be buried or cremated. It is noted in a Columbus Dispatch article that this is the culmination of Mike DeWine's (now governor, yet initiated as attorney general) investigation into Planned Parenthood.

This is a great start for the new year in regard to the narrative for life. This law acknowledges the dignity of the unborn. We must use it to build momentum toward greater truth.

His response: “It’s at the center of every civilization, this idea that human beings have inherent dignity because of their humanness. And if you get that piece wrong, bad things flow from that.”

I've often heard it said in regard to the pro-life movement that the truth is on our side. As we answer our first question, "What is true?": Life is sacred. The second, "What does love require?" The answer to the second question will never ignore or abandon the answer to the first question.

Tweet This: The answer to the question, "What does love require?" will never ignore or abandon the truth of the fact that life is sacred.

As Christians, our original, foundational narrative which is found in a personal relationship with Jesus. We must never allow this foundation to suffer neglect or surrender any portion of it. That is the primary task which love requires.

In the book of Revelation, John, through the directive of the Holy Spirit, wrote down Jesus' words to the seven churches which speaks to the completeness of the church. In this we can examine and find a blueprint for the church today in building a strong narrative of truth and love.

All the directives which John wrote to the churches can be found in Revelation 2 and 3. The first church (Ephesus) had admirable deeds and perseverance but had forsaken their first love, Jesus.

It can be tempting to get so caught up in the work of defending the innocent to the point of making that your first love. Jesus will supply us with so much more, we must never neglect our relationship with Him or our faith and our witness to the world will suffer loss.

The second church (Smyrna) was fearful. If you used a word to describe our culture (and possibly the church) in 2020, "fearful" would likely be most succinct.

Look to Jesus for an example of how we should (and hopefully in 2021 will) respond. In Matthew 12:24-50 there is an ongoing confrontation between Jesus and the Pharisees followed by pressure from his family.

How does Jesus respond to stress and the fearful attitude of His family? Jesus went out and gave a great teaching that day (Matthew 13:1-35). He shared wonderful truths about the kingdom of heaven. Jesus followed that with more teaching with His disciples (Matthew 13:36-52). There is our example to follow.

The narrative of tolerance which labels the communicating of Biblical truth as "judgmental" has silenced some churches in regard to truth. Those who succumb to this narrative will fail to tell a dying world the truth.

The fourth church (Thyatira) would likely be the church you should flee if their issues describe your own. As with the other churches, Jesus commends them for the good they have done. It is likely that a vast majority (if not all) of Christian churches have started with originally good intentions.

Yet the Thyatira church has become unholy. Their tolerance of sin and those who teach it will lead to the destruction of them all. Our churches need accountability in order for us to collectively pursue purity. That would be a great narrative to begin in your church.

The fifth church (Sardis) was phony. Prayerlessness had led them to be deed oriented where they built a reputation rather than a relationship with Jesus.

Prayer begins a personal commitment and will strengthen every relationship where it is practiced. In your marriage, your family and your church.

The sixth church (Philadelphia) kept God's word and did not deny His name. This is the one church which remains. They were timid and the Lord encourages them to trust Him for their strength.

Perhaps this describes a majority of churches today. We know God's word - we have full access to it - how can we not know? We simply need to refocus, take courage in a narrative focused in the strength of our Lord.

The seventh church (Laodicea) was prideful. The warning given to them should shake us to our core. "I know your deeds, that you are neither cold nor hot. I wish you were either one or the other. So because you are lukewarm--neither hot nor cold--I am about to spit you out of my mouth" (Revelation 3:15-16).

Compromise is a pervasive tool used to bring about gradual submission. We must overcome it by focusing on a narrative which sees heaven as our home and earth as simply God's footstool.

Will you trust God?