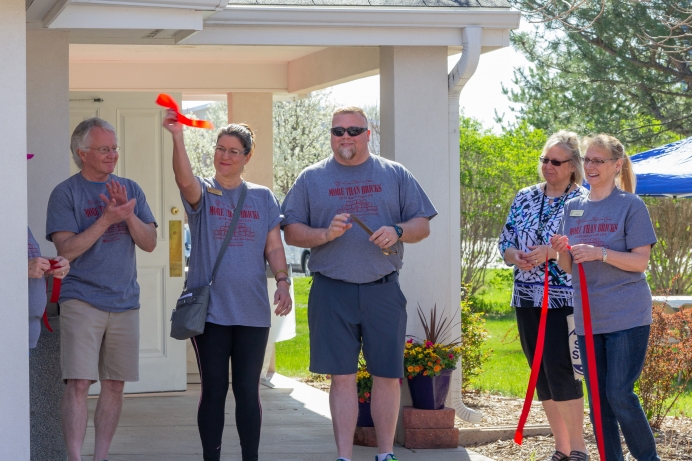 With a ribbon-cutting ceremony early this May, the new doors of Women’s Resource Center in North Platte, Nebraska officially opened, beginning a new chapter for a center that has been serving the railway community for nearly 50 years.

“Our plan is to double (our number of client visits) in the next few months,” said Linda Logsdon, executive director of the pro-life pregnancy help center.

“We’re looking to expand our services—we see a great need for teaching life skills, such as cooking, banking, even buying a house,” Logsdon said. “The clients we see are generally low-income, and when they become pregnant, they go into survival mode.”

To help her clients navigate their way out of survival mode, Logsdon envisions using the building’s extra space not only for separate offices and life skills classes but also for childcare services while clients attend the center’s programs.

“We’re really blessed,” Logsdon said. “We’re in the medical area near Walmart and the interstate. We have so many wonderful professionals in our community (that are) resources for our clients.”

Women’s Resource Center has a long history in the community of about 24,000. The center began as a crisis phone line service in 1972 and has been on a steady growth curve ever since. Today, the pregnancy center receives about 160 client visits a month for pregnancy testing, options counseling, ultrasound, Learn-to-Earn classes, and material assistance.

The center not only serves North Platte but other rural communities in the area as well, including Ogallala, a town of about 4,500 people just an hour’s drive west of North Platte. Logsdon and her team helped launch a branch center located in that community.

To have an abortion in these rural areas, women must travel several hours to reach the nearest abortion clinic in Lincoln, the capital of Nebraska, about 225 miles from North Platte, and Denver, Colorado, 265 miles away. According to the Nebraska Department of Health, 1,907 abortions were performed in Nebraska in 2016. 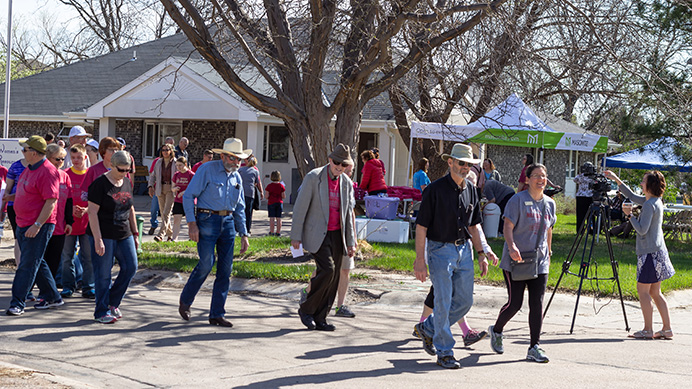 Logsdon hopes her center will be the first stop for women who may otherwise travel several hours for an abortion. At Women’s Resource Center, they can learn about their pregnancy and gain access to resources that can help them carry their unborn babies to term. Ultrasound screenings are an important step in that process.

“Ultrasound truly makes a difference—we have certainly seen clients change their minds (about aborting) after seeing that ultrasound image,” she said.

Now that the center has re-opened in its new location, Logsdon plans to develop partnership opportunities, engaging local Catholic school students in helping with childcare and even partnering with the local community college to connect its students to the center’s life skills clients.  Logsdon also wants to renew and establish relationships with area churches and the North Platte business community.

The center’s grand re-opening this May presented the perfect opportunity for beginning that process. The same day as the re-opening, Women’s Resource Center held eight neighborhood Walk for Life events, with 20-30 walkers at each location. Coordinators were located at each site, many serving as liaisons between churches and the center.

In addition to church engagement, the center also sought civic engagement—and scored a resounding endorsement. Members of the Chamber of Commerce conducted the ribbon-cutting and the mayor, Dwight Livingston, gave a speech, proclaiming May 5 as Women's Resource Center Awareness Day in North Platte. Both of these opened doors, Logsdon said.

“(The mayor) was very impressed with the new location and about what we do,” she said. “Now, he and his wife plan to donate every month.”

Additionally, the doctor from whom the center is purchasing the building plans to do volunteer service occasionally at the facility.

Reminding the community that the center exists is a top priority for her now that both the Walk for Life and grand re-opening are done.

“We’ve been around for a long time, but we’re still the best-kept secret in town,” she said. “Raising awareness and raising funds—those are my goals, and I look for opportunities to do that.” 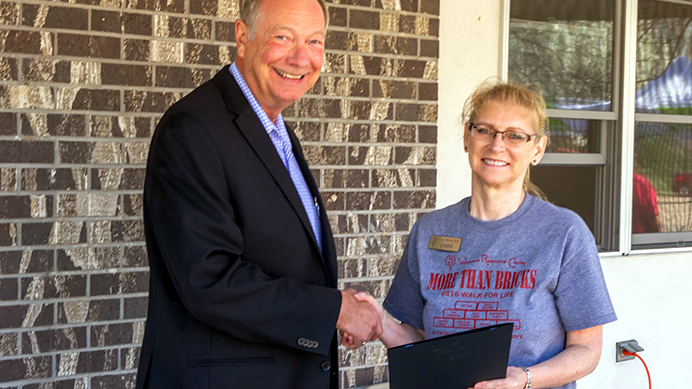