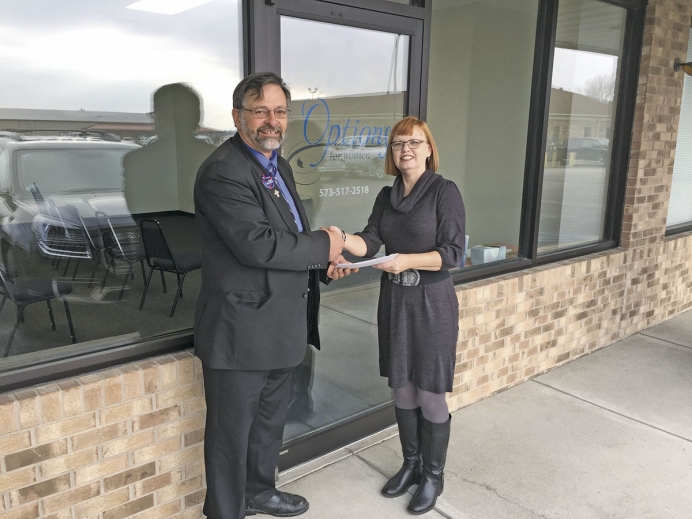 On a Tuesday in late 2016, the adoption agency where Shirley Moore had devoted the last 21 years of her life announced it was merging with another organization, and her position wasn’t part of the long-term plans.

That Thursday, she opened the paper and took a look at the classifieds. One of the listings was as the executive director at Options for Women, a four-year-old pregnancy center located in Sainte Genevieve, Mo., an hour south of St. Louis.

Moore, an adoptive mother of two, who also had previous experience as a board member for a local pregnancy center, jumped at the chance to take on the new challenge.

“I really feel God orchestrated the timing on all that,” she said. “I had become very familiar with pregnancy centers during the time I worked at the adoption agency. I always had a great admiration for them—I’ve always thought they were the folks on the front lines of the prolife movement.”

At the helm of Options for Women since late December, Moore has embraced the large plans that are underway. The center hosts its annual banquet April 6, with a big goal looming on the horizon: expanding services to Perryville, a community located about 20 miles from St. Genevieve.

She also would like to increase the number of clients the center serves, focusing on a renewed community outreach effort.

“We want to become more known in our community—that’s something we’ve been working on, making other community resources aware of what we offer,” she said. “They seem surprised—they really don’t know what we do—often they think it’s just pregnancy tests.”

Options for Women offers much more, with its two-person staff and several volunteers hosting parenting classes and men’s groups, along with providing materials to new moms. The center also offers free ultrasounds, thanks to a volunteer sonographer.

Started in 2013 by a local pastor—who currently serves on the board—Options for Women began in a rented space, later moving to its current location, which it owns. They’ve already secured the office space to open a second location in Perryville, where they’ve started a men’s program.

Moore hopes the upcoming banquet—themed “Expanding Our Territory”—will raise enough money to finish a remodeling project at the Perryville site, so Options for Women’s second location can begin serving women in the area with life-affirming care.

With her experience working in the adoption field, Moore is already comfortable with the client base, and though she lives a half-hour away, she’s starting to build relationships in the community.

“I didn’t really know anybody here,” Moore said. “Just getting to know the people, the community, and the resources has been my biggest challenge. Being able to develop relationships with people is truly a joy. Sainte Genevieve is a really lovely town and people are very friendly.

“I feel very fortunate that God has allowed me to stay in the pro-life field because it’s something I feel very passionately about.”