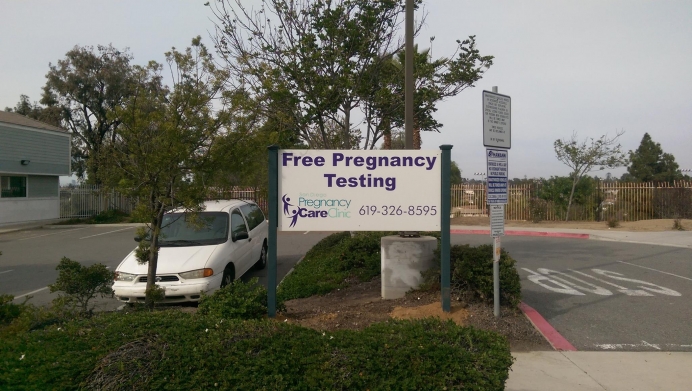 New California Bill Attacks Every Christian Group All At Once

Assembly Member Lorena Gonzales Fletcher from Chula Vista recently introduced AB 569 in an attempt to address a claims of employee discrimination pertaining to reproductive choice. The examples of potential discrimination given are when an employee is terminated, not hired, or disciplined for getting an abortion, using abortifacient birth control, using in-vitro fertilization or even having sex out of wedlock.

This represents just the latest in Sacramento’s overreach and breach of First Amendment protections in the exercise of religion.

If this bill were to become law, religious schools would be forced to provide medical insurance policies that include coverage for abortion, and abortifacient birth control. Churches would not be allowed to require their own employees to agree to abstain from sex outside of marriage. Likewise, pro-life pregnancy centers would not be allowed to discipline or fire an employee who decides to have an abortion.

Meanwhile, religious homeless shelters would not be allowed to exclude someone from employment for unwillingness to sign a statement of lifestyle, and Christian counselors could publicly cheat on their spouses without fear of discipline or any say-so from their religiously organized employer.

It is an established institution of our Union that people and corporations are free to engage in association for the advancement of beliefs and ideas. This is an inseparable part of the liberty assured us by the Due Process Clause of the Fourteenth Amendment. It is immaterial whether the beliefs sought to be advanced by association pertain to political, economic, religious, cultural or reproductive health matters. State action that may curtail the freedom to associate is subject to the strictest scrutiny (you have to have a very good reason for it).

Rights of association are a guarantee by the Federal constitution to individuals and corporations that are engaged in speech. Such is the case for nearly all religious nonprofit organizations.

This bill is not about unlawful discrimination, but rather a thinly veiled bigotry toward religious groups and the ideas they share. Testifying against the bill, the California Family Council (CFC) argued that, “an organization specifically chartered to support or oppose a specific set of beliefs or actions cannot fulfill its mission without requiring adherence to a code of conduct.” Rather than allowing Christian groups to carry out their own mission at their own expense, the bill, "sadly ignores a legitimate concern [about religious freedom] and instead directly attacks every faith based institution and organization in the State," CFC asserted.

CFC also contends that while the bill's supporters, "certainly have every right to publicly condemn [codes of conduct] and encourage others to do so," the State does not "have the constitutional authority to outlaw religious of codes of conduct simply because it finds them offensive." CFC concludes that "private organizations, and especially religious ones, must have the freedom to operate without government interference if freedom of religion is to have any meaning at all."

Recognition of the unborn as a created human life, and promoting abstinence from sex until marriage are foundational tenants of our faith. AB596 interferes with that teaching across the board and imposes a secular view of right and wrong in relation to reproductive and sexual ethics. In essence, the State of California is violating the Establishment Clause of the First Amendment by establishing a standard for religion, and is legalizing hypocrisy should anyone try and teach abstinence or against abortion.

The Book of Malachi is a wonderful example of what it looks like when the leaders of a religion are allowed and in some cases “mandated” by leadership to exercise hypocrisy openly. The priests of that day had returned from Persia and had intermarried into the pagan societies around them. It was wrong for the priest who was married to an outsider to remain a part of Israel's Covenant (they were to be cut off), let alone lead Temple Worship.

When they recognized their error, some remained in Temple service anyway. Others began quietly divorcing their wives, which was unjust to their wives. While they taught righteousness with their lips, their actions were openly hypocritical. God sent Malichi to put an end to it. He charged these leaders with corrupting the covenant of Levi. You better listen and repent, or you will be removed as the dung and entrails are removed from the Temple before a sacrifice is burned. Your hypocrisy is causing Israel to revile worship, embrace sin and turn from God (Mal 2:1-9).

California residents: You can send a letter (FAX IS MOST EFFECTIVE) to your representative on the State Assembly and the State Senate to let them know you want them to oppose AB 569. Find their contact information here. Democrats have a supermajority in Sacramento, but that supermajority does not give them license to ignore the U.S. Constitution or their constituents. Make your voice heard!

Josh McClure has served as executive director for Pregnancy Care Clinic in San Diego and El Cajon since 2007. He is a founding member, and is currently serving on the advisory board for the California Alliance of Pregnancy Care, and a monthly columnist of "Restoring a Culture of Life" for Good News Etc., in San Diego. Josh and his wife, Allyl, have two daughters.