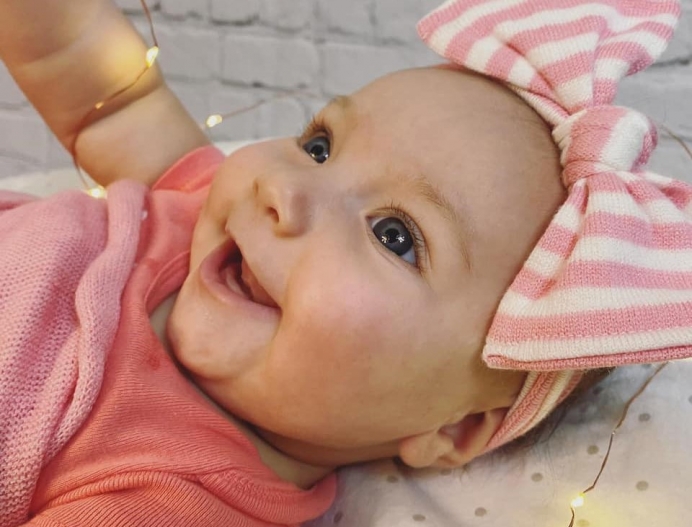 Hand of Hope Pregnancy Centers of North Carolina recently opened a third pregnancy resource center, assisting those in the military as well as Fayetteville community residents.

“We opened another center there because a large Planned Parenthood clinic is there,” said Hand of Hope executive director Tonya Nelson. “A lot of abortion-determined women are there.”

The organization purchased the property in July 2020 and softly opened the center, named Your Choice Pregnancy Clinic, in November.

“We had to fix it up big time,” Nelson said. 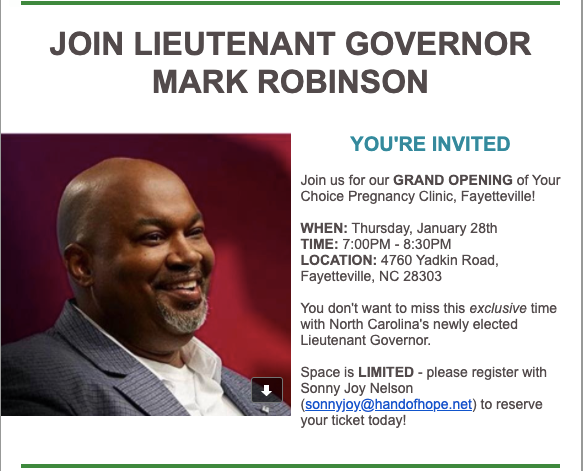 “We waited for the lieutenant governor’s schedule to open up so he could be here,” Nelson said. “His mother was encouraged to abort him so it’s something he’s passionate about.

“I was just blow away (by his words),” she continued. “He spoke boldly and plainly for babies. I was amazed!”

Hand of Hope carried the speech and the event live on Facebook, she added.

Fort Bragg, a U.S. Army Base, is located near Fayetteville. With Planned Parenthood having a presence in the area, Nelson and Hand of Hope’s board of directors decided an alternative was needed. Her organization partners with Sidewalks 4 Life, which prays and provides counselors outside abortion clinics. One intervention took place not long after Hand of Hope opened in Fayetteville.

“A girl going into Planned Parenthood was encouraged by a sidewalk counselor to go to our center,” Nelson said. “She had an ultrasound and changed her mind. We said, ‘Let us come alongside you,’ and she did! This ministry is all about relationship.”

Tweet This: An abortion-minded girl changed her mind. "We said, ‘Let us come alongside you,’ & she did! This ministry is all about relationship."

Word-of-mouth is spreading about the recently opened center.

Serving military women and the wives and girlfriends of those stationed at Fort Bragg is a large part of Hand of Hope’s mission in this community. That includes ministering to women who are victims of human trafficking.

“Poverty, transient populations, homelessness, and foster care add to the factors of human trafficking, and we see a lot of that in the Fayetteville area,” Nelson said. “Having a military base adds to the situation. There’s a high prostitution rate in Fayetteville.”

Hand of Hope provides STI testing and serves as a testing site for the county.

“We think our STI (numbers) will take off,” Nelson said. “We’re looking to expand our budget (to meet that need) and serve the population not connected to the military.”

In addition to the new Fayetteville pregnancy clinic, Hand of Hope has locations in Raleigh and Fuquay-Varina, about 16 miles from the state’s capital city. All centers are known as Your Choice Pregnancy Clinics and are located near abortion facilities, Nelson said. The centers remained open during 2020, and during that time experienced a large increase in the number of abortion-determined women.

Seeing such a large number of abortion-determined women can play havoc with staff emotions, therefore, Hand of Hope encourages self-care.

“We understand the ballgame,” Nelson said. “Many of the staff have experienced unplanned pregnancies. Staff care is important, and I encourage everyone to get out of the office, even for a short time. Take a walk or take an afternoon off. We’re huge on surrender and boundaries here. We have to give these women to Jesus – you cannot live your life for her.”

Nelson has served as director of Hand of Hope for 15 years, and she has no plans to retire anytime soon.

“I love what I do!” she said. “It’s a blessing to meet anyone who walks through our doors.”

Pro-life and pregnancy help ministries need to lift one another up, serving on the front lines together, she added.

“We need to know we’re all in this together. As the body of Christ, we need to encourage and equip each other.”