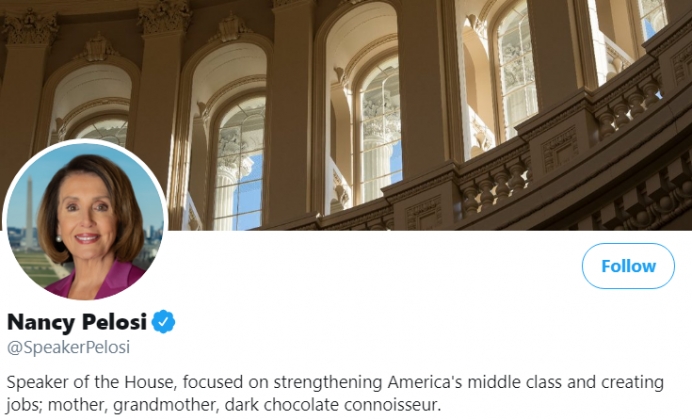 (LifeNews) For the second time in as many weeks, Speaker Nancy Pelosi is attempting to exploit the coronavirus crisis to push her abortion agenda on the American people.

During the development of the first stimulus bill to tackle the coronavirus situation, White House officials caught Pelosi trying to force Americans to fund abortions because she put funding in the bill under a section of HHS where the provisions of the Hyde Amendment would not apply.

As The Hill reports, Pelosi wanted to include Planned Parenthood in the mix with small businesses so it could get taxpayer dollars over the objections of pro-life Americans:

A Democratic aide said that the small business provision was drafted to exclude non-profits who receive Medicaid from being eligible for Small Business Administration assistance offered under the bill. That, according to the aide, would impact Planned Parenthood but also community health centers, rape crisis centers and disability service providers.

Tweet This: Pelosi is trying to include funding for the Planned Parenthood abortion company in the bill to provide economic relief for small businesses

As Breitbart News reports, this is one of many issues that is causing Republicans and Democrats to fail to reach an agreement on the small business relief bill.

On the first bill, the Senate ultimately passed a clean bill to provide funding to combat the coronavirus that contains language preventing the funds from being used to pay for abortions.

Marjorie Dannenfelser, president of the national pro-life group Susan B. Anthony List, told LifeNews she is glad the Senate bill is abortion free.

“Congress did right by the American people by successfully applying the Hyde Amendment to funds in the coronavirus supplemental bill. This is vital to continue longstanding precedent that health-related funds are always life-affirming. Americans should not have to worry about whether or not emergency funds related to a legitimate health crisis could be ill-used for abortion-related purposes. We are thankful to Congress for working in a bipartisan fashion to pass this legislation that preserves Hyde protections. We commend President Trump and his administration for their unwavering leadership and insistence on Hyde protections. In this time of uncertainty, we will continue to work diligently to defend the lives of the unborn.”

After her version of the legislation was unveiled, pro-life advocates and White House officials realized Pelosi’s measure authorized abortion funding because it funded anti-coronavirus activities in such a way that the funding came from portions of HHS that are not covered by the Hyde Amendment.

As The Daily Caller reported last week before the abortion funding was eliminated:

House Speaker Nancy Pelosi sought to include a potential way to guarantee federal funding for abortion into the coronavirus economic stimulus plan, according to multiple senior White House officials.

Speaking to the Daily Caller, those officials alleged that while negotiating the stimulus with U.S. Treasury Secretary Steve Mnuchin, Pelosi tried to lobby for “several” provisions that stalled bipartisan commitment to the effort. One was a mandate for up to $1 billion to reimburse laboratory claims, which White House officials say would set a precedent of health spending without protections outlined in the Hyde Amendment.

“A New mandatory funding stream that does not have Hyde protections would be unprecedented,” one White House official explained. “Under the guise of protecting people, Speaker Pelosi is working to make sure taxpayer dollars are spent covering abortion—which is not only backwards, but goes against historical norms.”

A second White House official referred to the provision as a “slush fund” and yet another questioned “what the Hyde Amendment and abortion have to do with protecting Americans from coronavirus?”

Nancy Pelosi has a long history of promoting abortion and her first act after becoming Speaker in 2019 was pushing legislation to use tax money for abortions. So it’s no surprise she is trying to exploit the Coronavirus pandemic to push abortion funding again.

Editor's note: This article as published by LifeNews.com and is reprinted with permission.