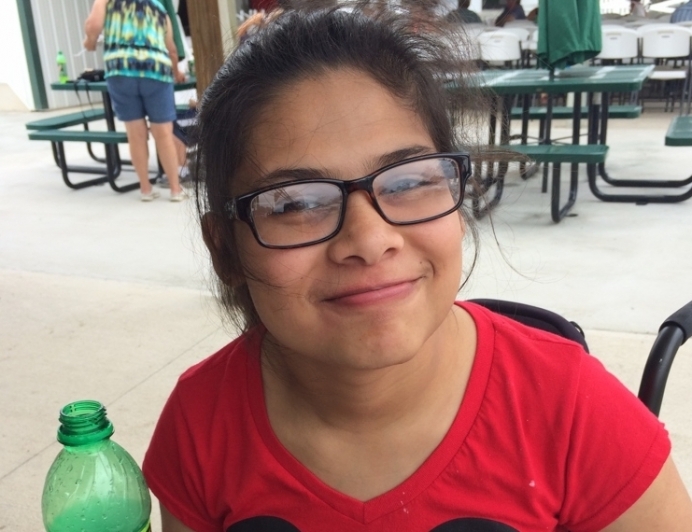 My daughter, Katerine, was born with Cerebral Palsy. As a result, she is unable to walk, has extremely limited use of her hands, and at 17, functions mentally at the level of a 4-year-old.

When Barb and I take Katerine to a restaurant or anywhere in public, perfect strangers frequently open doors for her. At concerts and sporting events she is sometimes ushered to the front to take the best seat in the house.

Why such preferential treatment for a child bereft of any political power or celebrity status? It is because God has placed in each of us a moral intuition that wells up when we see need, vulnerability or handicap. We naturally want to help. In fact, the greater the need, the greater our urge to offer assistance.

Unfortunately, not everyone responds to the voice of moral intuition. Katerine’s biological father didn’t. He abandoned her on the side of the road at 6:00am in Guatemala City (her birthplace) to fend for herself at 6 years of age. She was eventually discovered by a security guard and spent the entire day, until 10:00pm, in the police department before an orphanage was found to take her. This is where she spent the next three years of her life.

Katerine’s father’s actions are revolting. In many wombs, however, she would be aborted for the very same reason strangers now open doors for her: she is handicapped. Cerebral Palsy has severely arrested Katerine’s level of development, rendering her disposable in the minds of many.

Today, many defend the abortion choice by drawing an artificial line between “humanness” and “personhood”, arguing that it is morally permissible to kill humans so long as they’re not actual “persons.” And when does a human become a “person”? According to many, it is when he/she reaches a certain level of development.

When does this happen? Good luck getting a straight answer from abortion supporters; they don’t agree on which “standard” confers personhood status. One says it occurs when measurable brain activity is detected. Another says it happens at viability – that moment when the embryo could survive outside of the mother. Still another insists the embryo must be free of any fetal abnormality before the honor of “personhood” is bestowed on her.

In short, these tiny womb-dwellers are only deemed worthy of life if they pass whatever arbitrary test the big and powerful establish for them. If they don’t, they’re crushed like vermin and disposed of like trash. Conveniently for the abortion industry, none of the above-mentioned milestones are compelling enough to build consensus among abortion supporters, which means none of these tests make any difference in the end. The only real “test” is whether or not mom wants her baby.

Although we undergo a myriad of developmental changes from the time we are conceived until the time we die, our nature never changes. We are the same person now as we were then. As Randy Alcorn says,  “Something nonhuman doesn’t become human by getting older and bigger. Whatever is human is human from the beginning.” He’s right. Katerine’s disabilities do not alter her human nature, nor do they diminish her value. She is intrinsically valuable, and Barb and I are blessed to be her parents.

Tweet This: We are human beings, not human "doings." Our value is intrinsic and God-given. @LTIUpdate

Clinton Wilcox, who serves on our staff at Life Training Institute recently wrote, “The question of when human life begins is not a difficult one. It only becomes difficult if you want to justify killing people.” How true. Katerine escaped the womb with her cerebral palsy undetected. Many others aren’t so lucky.

Let's apply our compassion consistently across the spectrum to all human beings. Recognizing the worth of all humans as God's image bearers, may the same hands that would open a door for a young girl in a wheel chair hold back the door of death as it slams on her no-less-human neighbors in the womb.

Mike Spencer grew up in a non-Christian home in Detroit, Michigan, and considered himself “pro-choice” until shortly after coming to faith in Christ in 1983 when the church he attended showed the pro-life film, The Silent Scream. Upon being confronted with the reality of abortion, Mike became deeply convicted and prayed for God’s forgiveness, offering himself as a voice for the unborn.Mike served as a pastor for 23 years before joining the staff of LTI in 2012. He serves as our Midwest Director of Training and travels extensively throughout the United States equipping pro-lifers on high school and university campuses, in churches and serving as the keynote at pro-life banquets and conferences. Mike is a gifted and much sought-after communicator — he brings a pastor’s heart to the often emotional and divisive issue of abortion in a way that is both gracious and kind.