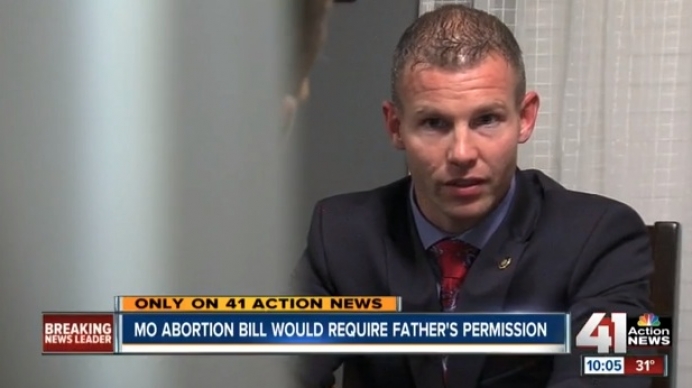 Missouri is one of the most pro-life states in the U.S. Just ask the abortion lobby.

To start, the Show Me State regularly reports a much lower number of abortions than others, with five women in 1,000 aborting their babies in 2011, compared to a national average of just under 17 in 1,000.

NARAL Pro-Choice America ranks Missouri No. 45 out of 50 states and graded them with an “F” on the “2015 Report Card for Reproductive Rights.” (The nation as a whole earned a “D.”)

Pro-life legislation passed at the state level in Missouri in recent years, combined with the presence of the 116 pregnancy help organizations to just one remaining abortion clinic, has helped the state’s abortion rate to continue on its downward trend—which, until recent years, would have been supposedly by Big Abortion touting its now-passé “safe, legal and rare” language.

Already a target by the abortion industry for its “unfriendly” laws to a monopoly of death, the Missouri legislature is now considering an amendment to House Bill 131 that has sparked a fierce backlash from pro-abortion groups.

“It took two to come together and create a child, and right now the way it is the woman gets the full say and the father gets no say, and I think that that needs to change,” Brattin said. “With the women’s movement for equal rights, well it’s swung so far we have now taken away the man’s right and the say in their child’s life.”

If passed, the proposed amendment would face an uphill climb toward ratification, since it conflicts with the U.S. Supreme Court’s 1994 ruling in Planned Parenthood v. Casey, which ruled such laws unconstitutional, stating it was a form of coercion that would grant a husband full control over a wife’s body.

Yet, if the amendment were to ever get as far as a Supreme Court challenge, Rep. Brattin will have become plenty battle-proven.

His loudest detractors include Paula Gianino, former president and CEO of Planned Parenthood of St. Louis, who jumped on Rep. Brattin’s admittedly unfortunate use of the term “legitimate rape,” tying his statement on the amendment’s rape exception to former U.S. Rep. Todd Akin’s 2012 politically suicidal comments.

In an interview with The Guardian of London, Gianino disparages the amendment’s rationale, calling it “based on, frankly, stupidity,” while underscoring Planned Parenthood Missouri’s ongoing goals: “expanding reproductive and preventative health services for women in the state.”

What Gianino lacks in subtly she makes up for in consistency, dusting off the old argument that abortion is strictly a “women’s issue” in which men may have no voice—with the exception, of course, of pro-abortion men from Alan Guttmacher to President Barack Obama. (It’s really only off-limits to men with whom pro-abortion women disagree, you see.)

In spite of the mischaracterizations and gender-based dismissals, Brattin’s bold approach shines a refreshing light on “equality,” which, when it comes to abortion, women championing abortion on-demand would rather retain as a “women only” issue.

Yet, as Rep. Brattin points out, a true equality would include—whenever possible—the involvement of both the mother and the father, a truth most pregnancy help organizations grapple with on a regular basis.

Keying on both common sense and documented research, centers and maternity homes are making great strides to reach fathers, either through their own programs or in partnership with those in the community.

Strides like this are bound to continue. Even if opposition does too.

How does your pregnancy help organization engage and serve fathers? Let us know in the comments!