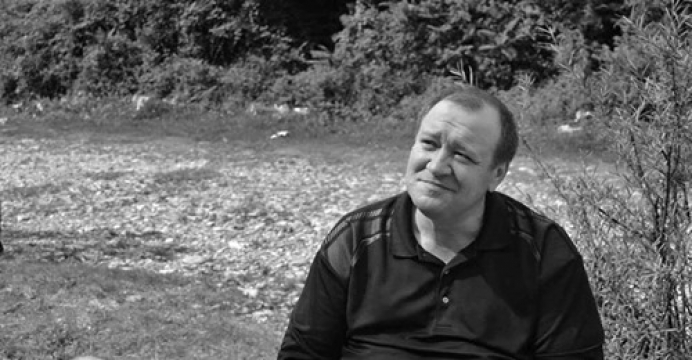 Editor's note: The following reflection was written by Svetlana Jovanova, executive director of Lydia - A Beating Heart in Skopje, Macedonia, the country's only pregnancy help center, on the passing of Mirche Andreev, president of the Evangelical Pentecostal Church in Macedonia.

Andreev was a big supporter of the pregnancy help movement in Macedonia.

Heartbeat International Vice President of Ministry Services Betty McDowell shared that four Heartbeat International staff had the privilege to meet Andreev in 2015 when he, along with Jovanova, arranged for some among them to speak before a gathering of Macedonian pastors about pro-life ministry. Andreev also arranged for a pastor to take some of the Heartbeat staff to see one of the refugee camps at the border of Macedonia (in Kumanovo) and Serbia, where Andreev wept as they talked about the refugees. This led to McDowell's church in the U.S. to explore ways to help refugees, and connect with Andreev and Jovanova. Andreev’s church, along with the pregnancy help center, used the U.S. church's funds to help women and children at the border with food, clothing and diapers.

It was a gray, raining morning. It became even harder after I received the message that Mirche went home to be with his Lord.

I lost my pastor, a father figure, a role model how to be humble servant and great leader at the same time.

Since everything started with Covid-19, we were all praying for Mirche and his health. He had so many health issues, high blood pressure, diabetes, heart condition, he was a cancer survivor, but you couldn’t see him without a smile on his face.

And I believe even in his last days, in the hospital, being on ventilator, his heart was still smiling knowing that the race may be over, but he kept the faith.

I believe that Jesus was waiting for Mirche with arms wide open saying “Well done, my faithful servant, well done!”

Mirche leaves behind his wife Nada and two daughters, Elisaveta and Anastasija.

I had just come to Skopje as a freshman at University, and the first day in the big city I wasn’t able to find a place to stay.

Due to some bureaucratic issues, my friend, who is a Muslim, and I, weren’t able to get a room at the student dorms. So, we had to either go back to our hometown, spend the night on some bench in the park, or call someone…

The only number that I had was from the Evangelical church in Skopje.

So, I called, and I explained our situation. Mirche immediately invited us to stay at the church. He didn’t care that my friend was a Muslim, the only thing he heard was two small-town girls needed help. He paid for the taxi to get us to the church, there was a food waiting for us, and with his big smile wishing us a great start of the new chapter of our lives.

We only stayed couple of days at the church till both of us were able to get into our dorms, but for my friend that was a great example of what Christianity really is.

She saw Jesus through Mirche’s life.

Mirche was a person to go to. Everybody loved him and everyone had great respect for him. He lived a life that transformed people around him with his contagious humor, wisdom, and selfless giving. His faith, courage, charisma, leadership, kindness, tolerance, patience were above anyone else's.

It will be very hard to imagine a world where Mirche is not here anymore, but he leaves behind an amazing legacy of many churches planted in different countries, many church leaders, and pastors he sent out to serve God’s people and share His Gospel!

He was a great example for me, personally.

Before I made my final decision to start the only pro-life organization in Macedonia, I went to talk to Mirche.

I didn’t want to begin without his knowledge and his approval. Even my family didn’t know what my plans were. Mirche was the first one I told. He was so excited about it. He said that it was something that was needed for a very long time in Macedonia, his heart was in pain whenever he hears a baby was aborted and he knew the church had to do something about it. He was so pleased to know that God put that vision in my heart, and I had his full support.

A few years later, in a conversation, I was told that starting “Lydia” in Macedonia looked like David vs Goliath, but we all know the end of that story.

Mirche always had a soft spot for babies. Whenever he was holding a baby, he was always amazed by the size difference, big man holding a tiny person with great potential.

Tweet This: Mirche always had a soft spot for babies. Whenever he held a baby he was always amazed-a big man holding a tiny person with great potential.

In September 2012, he spoke at the opening of the first “Lydia’s" pregnancy center in Štip in March 2015, he prayed blessings when we opened the second one in Skopje.

He always saw “Lydia” as part of the church and as a great mission in Macedonia.

His wife Nada is one of founders and a Board member of “Lydia” and through her, Mirche was always involved in our work. I know he was very proud that so many babies are alive today because of “Lydia.”

Mirche had a big heart and great love for Macedonia.

Right next to his desk was a map of Macedonia. When someone would be in his office and will ask about Macedonia and Mirche’s vision for our country, they should be ready for a long, long conversation. His love for Macedonia and its people was contagious.

Mirche was a true leader, an amazing pastor, and a visionary of the Church. He saw God’s image in every person, he believed that everyone has to hear the Good News.

Whoever had a chance to meet Mirche and spend five minutes with him, was never the same again.

I will really miss his contagious laughter, his sense of humor, his wisdom, his sermons.

One of his last sermons was, “A place where there will be no more cry.”

And now, while I’m writing this and I’m crying, I know that he is at that place, and there is no more pain, no more cry. And my hope is that one day, I will be laughing again with him and we will rejoice in the presence of the Lord.