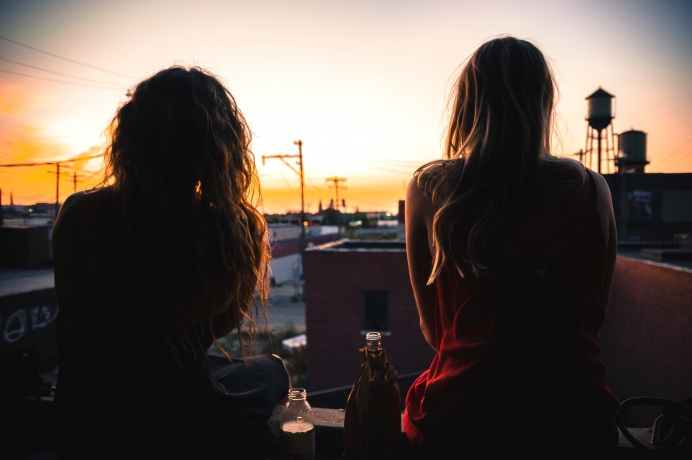 Walking through an airport the other day I heard the announcement almost any traveler hears at some point while waiting on a flight. “At (name of airport I can’t remember), we’re serious about stopping human trafficking. If you see something, say something.”

Of course, I’m thankful for the announcement. But it got me thinking about the subject.

There are many organizations addressing this awful trend. Good. They need support. Churches too, are joining the charge, and we can find statements on their web sites pointing this out. On Facebook we find friends posting blue ribbons, calling attention to trafficking. We need these organizations, churches and individuals publicly calling out this heinous crime.

But here’s my question. “Name a group which, without using publicity, slogans or symbols, is effectively working to make a dent in actual human trafficking?”

Please don’t misunderstand; we must have out-front organizations publicly calling attention to trafficking. But we also need those behind the scenes, finding and helping the victims.

So, can you think of a group which is under the radar and making a difference? Think a moment. I’ll wait.

Okay, time is up. For the answer, let’s look at three encounters:

I won’t forget a conversation with an executive director in the Southeast. She told me of a trafficking “corridor,” an interstate, which is well-known as a prime area for moving trafficked victims from city to city.

“These girls are being brought into our center,” she said. “Or they come here on their own.”

She went on. “The scary thing is, the traffickers know who I am.”

She gave me evidence, and I believed her.

Another director—this time in the Southwest--was offering me ideas for the appeal for funds that night at her banquet.

“We need a door right here, between the lobby and the hallway where our client rooms are,” she said.

“Because traffickers bring their slaves in here, and they are packing (guns),” she explained. “We can call the police and get girls out the back door without them seeing. But we need that door. If they can see down the hallway, they will come after her when we try to sneak her out.”

She wanted a door to help her save lives—of human trafficking victims.

We both knew she was taking a risk by adding the door. A trafficker with a gun would be more than angry to hear his commodity was gone. With the police gone as well after leaving to take the young woman to freedom, upon whom would they take their revenge?

My director friend was more interested in saving victims than in her own safety. She needed the door.

In the client room

Not long ago another director and I were chatting. She told me of a recent encounter with a client, a young woman who would barely look up at her. The client spoke quietly, if at all.

Which led to a question by my friend to her client: “Are you being trafficked?”

“Kirk, I have a strong sense she is being trafficked,” my friend told me. “I’m almost sure of it.”

When she relayed more details, her sense became almost undeniable.

Many reading this are familiar with this story - because you’ve lived it. We can’t put our finger on any clear evidence, but the signs are there. Something is keeping her from speaking and it may be fear of someone who holds her life in his hands.

You know the answer

Here is our original question: “Name a group which, while not using publicity, slogans of symbols, is quietly working to make a dent in actual human trafficking?”

You guessed it. It’s us.

We don’t do this with blue ribbons on our client sites. We can’t. Nor can we publicize what we do throughout the community or on our Facebook pages. If we did, we would lose our ability to reach the very people who need us so desperately.

But we’re in the middle of fighting human trafficking, and we know it.

Tweet This: We in the pregnancy help movement are in the middle of fighting human trafficking, and we know it.

Yet many churches in our towns that speak out on this issue have no idea we are so involved with helping victims. And when I scan Facebook or other platforms, I’ll find friends wanting to make a difference who do not of know of our role in this battle.

An idea? When we find that church willing to speak out, let’s quietly convey to them that we—and our ministry—are an avenue where they can put feet to their faith. Let’s invite them to join us, whether financially or in other ways.

And what of the friend who posts on the subject? A private message may be all we need to spark their interest in our work.

Many in our churches and in our circles of friends see our ministries as “saving babies.” It’s true that we see a lot of moms make the courageous decision to save their babies.

But we also see women—some of them moms carrying babies—who need saving from those exploiting and abusing them. When appropriate, we can share this truth, too.