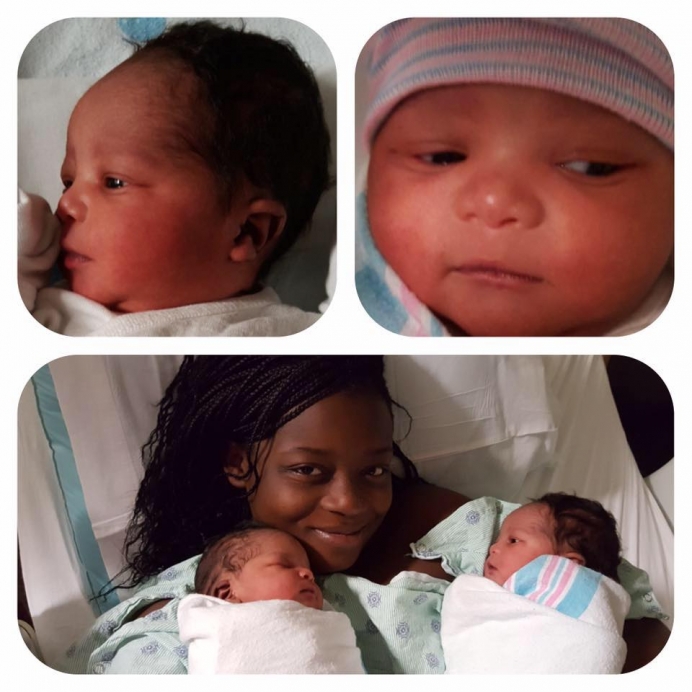 Antonia chose life for her precious babies, Shamar and Shari, thanks to the help and information of her local pregnancy medical clinic. Photo Courtesy: Heartbeat of Miami

In November 2015, we brought you the story of Heartbeat of Miami, a pregnancy help medical clinic in Miami, Fla., who celebrated the expansion of their life-saving ministry into their second shuttered abortion clinic, and fourth location overall.

With its parallels to other life-affirming outposts that have replaced Big Abortion in Texas, Tennessee, and—most recently—across the wall from Kermit Gosnell's "House of Horrors" ex-abortion mill in Philadelphia, the vivid picture of pro-life pregnancy help supplanting abortion has drawn a joyful response from the pregnancy help community.

Meanwhile, the abortion lobby's response has been, shall we say, less than positive as it foresees a the end of its dominance in the decision-making of women in unexpected pregnancies.

What is it Big Abortion has to fear? A story Heartbeat of Miami shared in a Jan. 25 newsletter to supporters pretty well sums up why community-supported pregnancy help centers, medical clinics, and even maternity homes and nonprofit adoption agencies pose such a threat to an abortion industry that thrives on positioning its deadly product as the only choice.

Antonia came to our Pregnancy Help Medical Clinics scared and confused with an unplanned pregnancy. She was still in school and felt she was all alone because the baby's father wanted her to abort.

She did not want us to call her mother because she was ashamed to bring this burden to her mom. When we did the ultrasound, two precious babies appeared on the screen. It confirmed Antonia was 15 weeks pregnant with twins, a boy and a girl.

Shamar revealed himself first and then Shari...that is why we say that the big brother saved the little sister.

Antonia allowed us to call her mom to inform her of the situation. Her mom praised the Lord that He brought Antonia to a life saving clinic instead of an abortion facility.

She had been praying for Antonia to come to Christ. We shared the Gospel with Antonia and she accepted Jesus as her Lord and Savior. Antonia continued in school and also assisted our Parenting Classes.

On January 1, 2016, her babies came into the world. Big Brother Shamar was first and then Shari. They weighed 5 lbs 9 oz each. The babies were born healthy and beautiful to a family that is grateful to God for the blessing and sanctity of LIFE! Just as they had promised Antonia, our employees Blanca and Ivette were there for her and for the babies with gifts and much love.

Antonia was glowing with joy! She is managing quite well and in March she will return to school. God is so good!

Thank You Lord for allowing us to be a part of this happy ending that glorifies Your name!

Tweet This: What does Big Abortion have to fear with #prolife pregnancy help?

As the first babies born because of the work of Heartbeat of Miami in 2016, Shamar and Shari continue a legacy at the multi-site organization that has empowered over 19,500 mothers to choose life for their precious children since 2007.

To find out more about pregnancy help near you, click here.