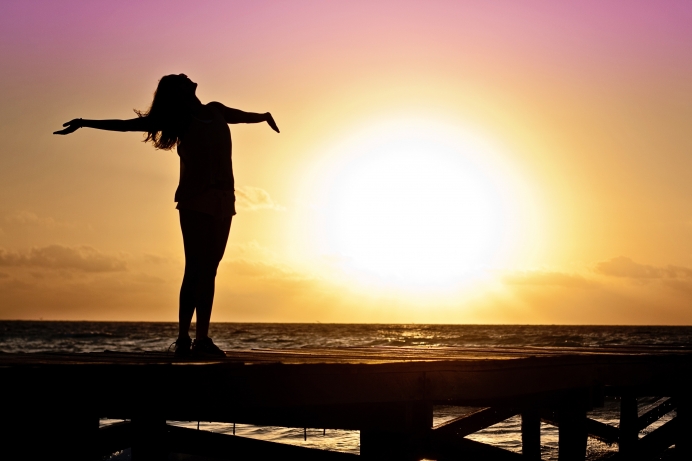 “Cheyenne” * stood in front of the New Orleans abortion clinic uncertain about going inside. Her boyfriend had just dropped her off at the facility and said, ‘I’ll pick you up when it’s done.” As she stood there, someone walked up to her and provided the young woman with information on Woman’s New Life Clinic four blocks away. Cheyenne walked that direction and through the pro-life center’s doors.

“She took the pregnancy test, and our nurse performed the ultrasound,” said Allison Millet, CEO of Woman’s New Life Clinic.

“She was about 12 weeks along,” Millet recalled of Cheyenne. “She broke down in tears and said, ‘I thought my life had no purpose, I didn’t even want to live. And now I see why I’m here.’ She saw the tangible reality – this was no accident. She said, ‘I don’t care what he says, I’m keeping my baby.’”

For the past 20 years, Woman’s New Life Clinic has offered hope and help to women like Cheyenne who live in southern Louisiana. Not only does the clinic provide medical services in the forms of pregnancy tests and ultrasounds, but the center offers counseling services from certified professionals.

The founder “cast a vision,” Millet said, recognizing that mental health is an important component to women’s health, whether a woman faces unplanned pregnancy or needs healing from a past abortion.

The counseling piece is a core component of the clinic’s programs and services.

“Our nurses and our counselors are on staff full-time to ensure we are always here for women in need,” Millet said.

Since the center’s formation, more than 2,400 women have chosen life for their unborn children, she added.

Because of Katrina’s devastation, many of the clinic’s donors and supporters moved to Baton Rouge. Several notified the center’s leadership that an abortion clinic opened in Baton Rouge.

“In the Lord’s Divine Providence, we moved right next door to that abortion clinic,” Millet said.

The abortion clinic in the suburbs shut down; if that had not happened, “we would have still been there, for we’ve always gone to where the need has been,” Millet said.

“It’s been amazing! Five times now the Lord has allowed us to either be around the corner from or right next to an abortion clinic,” she added.

The Louisiana State Health Department has not given Planned Parenthood a license to perform abortions.

“They are suing the state of Louisiana for not granting them a license,” Millet said. “We are there to transcend the services they do provide.”

“We offer authentic, holistic health care for women,” said Millet. “We’ve gone beyond our unplanned pregnancy services, including instruction on multiple fertility-based methods, well-woman care, STI testing and treatment. We provide prenatal care up to 20 weeks, and we provide abortion pill reversal – and we have done that several times.”

Abortion pill reversal (APR) services at Woman’s New Life Clinic has blossomed since its launch at the center in late 2019, Millet said. Five women went through the protocol successfully in 2020, and since the start of this year, four received help, two of whom are continuing the protocol. One of the babies saved during 2020 was even featured on a local television station as “Baby of the Week,” Millet said.

Having counselors on staff to help a woman through APR is a strong asset, she said.

“We can all appreciate the rollercoaster this precious woman has been on,” Millet explained, “to be in the unplanned pregnancy, to choose to abort, then regret the abortion, and to start the protocol of APR, not sure it’s going to work. I can only imagine the turmoil these precious women are enduring. I’m so grateful to have our counselors on staff.”

She is also thankful for the medical professional who provides the APR protocol in addition to prenatal care up to 20 weeks and well-woman services. That team member, who started as a staff nurse and sonographer in 2008, began traveling to the Baton Rouge center earlier this year as well to offer those same services.

“To have everything under one roof just speaks volumes because so often when those women come to us, they don’t have a provider, they haven’t received care in a long time,” said Millet. “They’re going to receive that, and it’s going to be the same exact love and nonjudgment and peaceful environment of care. Having that women’s healthcare nurse practitioner closes that loop for us.”

Although many states are re-opening and COVID vaccines are available, “we’re still seeing a COVID impact,” Millet said.

“We saw a 76 percent increase in the number of calls and really, that pace hasn’t slowed,” she said. “We were extremely busy in March.”

“Overwhelmingly, women are more abortion-minded than they were in the past,” she added. “COVID has just compounded the crisis.”

Millet, who became CEO in 2020, is hoping to hire an additional counselor this year to meet the demand.

Currently 11 people are employed at the New Orleans location and five in Baton Rouge. Numerous volunteers help with events and by answering phones, among other duties, she said.

Even though challenges crop up, including a six-week shut down in 2020 due to COVID, staff and volunteers at Woman’s New Life Clinic remain focused on the mission: operating a Christian organization that promotes the sanctity of human life, the dignity of every woman, and the sacredness of sexuality through medical and mental health services.

To celebrate the 20th anniversary, Woman’s New Life Clinic held a Catholic Mass in March. The founding priest and others gathered with staff and board members. However, “because of COVID restrictions, it wasn’t a large celebration (but) it was lovely,” Millet said. The event was live streamed so supporters and friends could view the celebration.

Festivities will continue this fall. Millet, her staff, and the board plan a 20th anniversary Gala for Life on October 8, 2021.

“We are very hopeful that by October, COVID will not be as great a concern … and that we will be able to truly celebrate in person in great New Orleans style!”