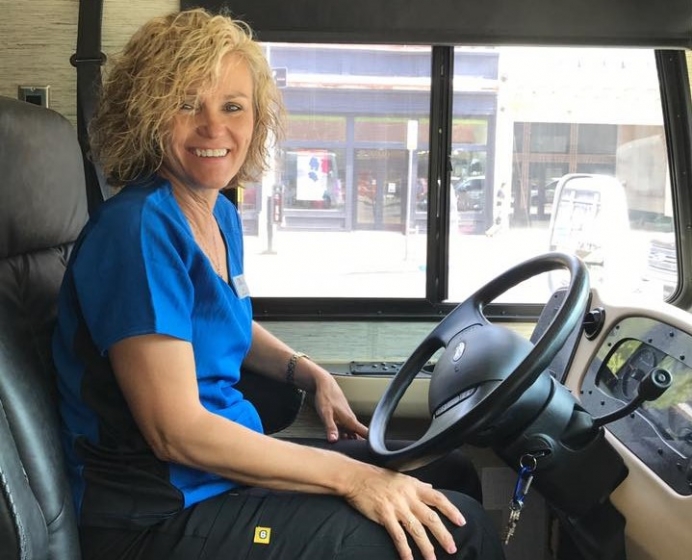 In December 2019 ICU Mobile launched its Loving Life initiative to place “a minimum of three mobile medical units in each of three regions within the next three to five years,” according to Christina Hagan, the organization’s partner relations manager.

The three targeted regions include California (with an estimated 157,000 abortions per year), Florida (with 76,000), and the East Coast (5 states plus Washington, D.C., with 257,000)—an area accounting for nearly half of all the abortions taking place in America.

Greg VanBuskirk, executive director of ICU Mobile, said, “We work with centers from across the country that God is calling to a mobile ministry. However, we also feel led to put intentional focus on areas where abortion is the most devastating.”

He added, “Now, with the increased chemical abortions, being in the communities where women having abortions live and do life makes a mobile medical unit essential to connecting with them when life decisions are being made.”

First, ICU Mobile offers free Discerning the Call seminars “with the aim for the centers to understand both the rewards and the costs for a mobile ministry,” he said. Upcoming seminars will be concentrated in the three targeted areas, though centers from all states are welcome to attend.

Second, centers raise funds to carry out their calling.

“We work with the centers to develop a fund-raising plan and help them execute it,” VanBuskirk said. “We have some grants available for the those called to go mobile.”

Third, ICU Mobile walks affiliate centers through a 4-month training process. It begins with setting up the infrastructure necessary to support mobile ministry and culminates in what he described as “an intensive five-day training on everything mobile, from operations to maintenance to actually driving the unit.”

Next comes the launch of the new mobile unit.

“Our team goes to the center when they receive their mobile and spends two to three days going to each parking location we have identified in our Know Where to Go™ process,” Van Buskirk said.

Finally, as centers operate their units, they receive ongoing support. Hagan said, “It is not uncommon for our ministry to be praying through and leading beside our affiliates on a weekly basis relating to their specific needs for effectively operating and deploying mobile medical ministry in their personal communities.”

Keri Muir, executive director of Choices Pregnancy Services, an ICU Mobile affiliate based in Pittsburgh, Penn., said going mobile bypassed her clients’ reluctance to cross the three rivers that segment the city. And for abortion-minded women who can only afford transportation downtown once—to an abortion clinic—her team will leave their regular route to meet at a location convenient to the client.

“I can't tell you how many times that has happened and made a significant difference,” she said. “It’s like the story in Luke 15 of the shepherd leaving the 99 sheep to go to the one.”

Kisha Martin, mobile operations manager for Birth Choice/ICU Detroit, said her center switched to a mobile-only model in 2014 after the abortionist near her original building relocated, making it harder to reach abortion-minded women. Going mobile made her ministry “visible to women that otherwise would not know where to turn for a pregnancy test, ultrasound, or resources that we provide,” she said.

Martin’s team quickly learned to deploy their mobile unit on regular days but at varying locations. This prevented Detroit abortion clinics from scheduling appointments on days when women wouldn’t find her life-affirming mobile clinic parked near their offices.

Karen Tameling, CEO of Options Pregnancy Resource Center in Albany, Ore., said her mobile unit extends her reach toward coastal areas where no pregnancy centers exist. One woman drove an hour to find help at the mobile unit. “I'm not sure she would have driven to Albany, which is another half hour east,” she said.

“We had a young lady who was tied to her home because she had three young kiddos, and she really needed diapers,” Tameling said. “We don’t usually provide material services, but we just happened to have some donated to us. At the end of our service day, our team drove over to her home to deliver diapers. The timing was amazing.”

Martin often takes her mobile unit to churches and to community events.

“When people come on and tour, they can see what we're doing firsthand. Each time we do an event, we get new donors,” she said. “And later, if people need us, they have literature about us and can call us. It's a way to paint two fences with one brush.”

Tameling, whose mobile unit “Naomi” serves near a university and community colleges, said, “We can't take her directly on campus, but we can bring her to campus events. Then we can bring her to churches that have no idea what pregnancy centers do. And even if she just gets used as a marketing tool, it's worth it. But we're saving lives on her. She’s a great tool.”

Mobile medical services: right for everyone?

“Pregnancy help ministry is hard,” she said. “But being mobile, you're out there in the midst of everything. Weather can be difficult. We've had trucks knock off our mirrors. We’ve had to ask, ‘Can we get under that underpass?’ There are so many things to explore initially.”

She added, “But if God is calling you to do it, don't stop. Keep going toward that direction because He'll bless those efforts.” Muir praised ICU Mobile for their Discerning the Call retreats that help centers make this important decision.

Tweet This: Pregnancy help ministry is hard, But if God is calling you to do it, don't stop. Keep going because He'll bless those efforts.

In the 11 years Muir’s team has been on the road (in a pair of mobile units as of 2018), she has seen two of Pittsburgh’s five abortion clinics close and annual abortions drop from over 9000 to 6474. While she is quick to share credit with other pregnancy centers in the area, Muir said, “Obviously we have made an impact.”

Muir remembers the first day their team parked their Pittsburgh mobile unit on a street between two abortion clinics. A passing woman, en route to terminating her pregnancy, accepted the offer of a free ultrasound. “She discovered she was having twins,” Muir said. “The first words out of her mouth were, ‘I can't kill two babies.’”

Recently that mother re-connected with Muir and reported how that visit to the mobile clinic turned her life around. She and her husband returned to church and their 10-year-old twin boys are “the light of our lives.”